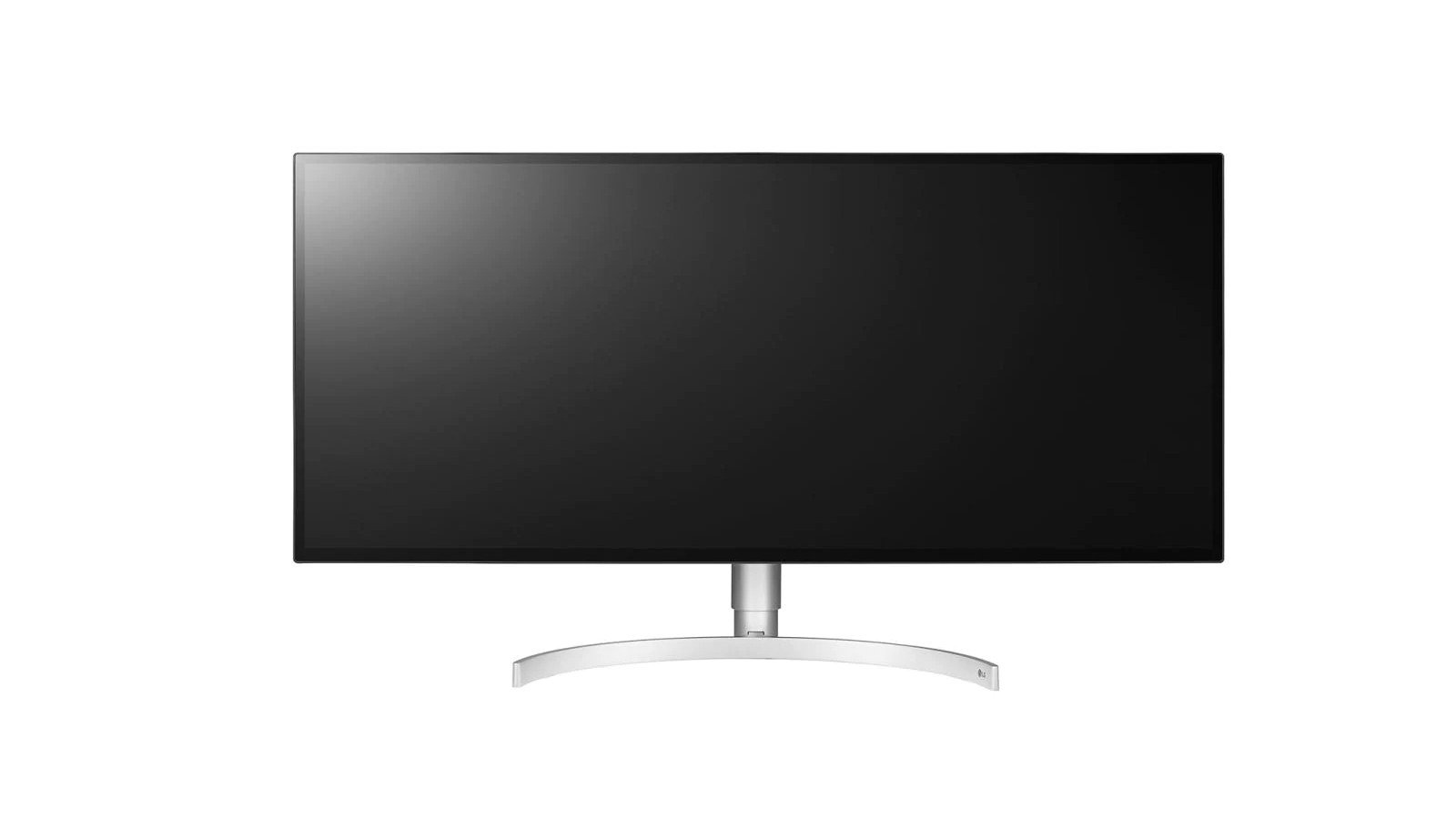 Apple recently unveiled its most powerful processor chips yet with the M1 Pro and M1 Max. These processors are found in the latest MacBook Pro models and offer improved performance while using less power than their predecessors.

Another benefit of the new chips is handling more external monitors than the previous M1 chip. While the older models could only work with a single monitor, the new M1 Pro can support up to two 6K monitors at 60Hz, and the M1 Max supports up to three 6K displays and a 4K display at 60Hz.

Most Apple laptops require monitors with Thunderbolt or USB-C connectivity, but the new range has more ports. The company phased out HDMI ports on the previous-gen laptops but reintroduced them on the new M1 Pro and M1 Max MacBook Pros to provide better connectivity options.

These are the best monitors for M1 Pro and M1 Max.

LG’s 34BK95U offers users a massive screen size and high resolution, making it ideal for multitasking. This monitor is the world’s first 5120×2160 display, also known as 5K ultrawide or 2160p ultrawide. On a 34-inch widescreen, this translates to a high pixel density of around 163 pixels per inch (PPI). Apart from its resolution, the 34BK95U has a 60Hz refresh rate with HDR support.

Another benefit of the 34BK95U is its connectivity options. It’s compatible with Thunderbolt 3 and will work on the Thunderbolt 4 ports on the latest MacBook Pros. There are also two HDMI ports and a DisplayPort 1.4 if users want to connect the monitor to other devices.

The design and size of the 34BK95U make it stand out. All four sides have thin bezels, and while the front is black, the back is white and silver. The cylindrical stand and semi-circle base have a brushed aluminum finish with an all-white back. A three-color finish distinguishes the 34BK95U as something special in the LG lineup and gives it a premium look to match the MacBook Pro aesthetics.

The Apple 32-inch Pro Display XDR is one of the best secondary monitors for the M1 Pro and M1 Max, but it doesn’t come cheap. It’s the brand’s first HDR display targeted towards video editors, animators, and other professionals who want the best clarity and color accuracy.

Everything about the Pro Display XDR is geared towards the best viewing experience possible. It has a 32-inch display with a resolution of 6,016×3,386 pixels (6K). Another performance-related feature is its full-array local dimming (FALD). This feature divides the monitor into different zones, with each one brightening or dimming independently of the others. It improves overall picture quality and provides better color contrast.

Apple’s Pro Display XDR keeps with the company’s design theme. The front has thin black bezels, and the rear is a silver metal that is dominated by circular holes to keep it cool. Unlike most monitors, the stand is an optional extra that adds to the initial investment. It follows the same silver color as the monitor and also has a sturdy metal design.

Despite all of its features and performance, the Pro Display XDR has many drawbacks. Its high price puts it out of reach for most users, and the fact that the stand and VESA mounts are separate accessories doesn’t help. Since this monitor only works with Apple products, it isn’t an option for users who might want to connect it to a Windows system in the future. On the other hand, it may be worth the price for professionals who want the best color accuracy while working on graphics-intensive applications.

The M1 Pro and M1 Max have better graphics capabilities than the older M1 chips and are better for gaming. While the M1 Pro is equivalent to the AMD Radeon 5500M and Nvidia GTX 1650, the M1 Max has more processing power and can compete with the AMD Radeon RX Vega 56 and Nvidia’s RTX 2070.

Buyers looking for a gaming monitor for their M1 Pro and M1 Max might consider MSI’s Optix MAG272CQR. This monitor is specifically designed for gaming, but it’s versatile enough for office work and watching media.

There are many gamer-friendly features on the MAG272CQR. It has a 27-inch vertical alignment (VA) panel with WQHD 1440p resolution and a 165Hz refresh rate. AMD FreeSync is also included on the MAG272CQR to eliminate screen tearing.

While the MAG272CQR is smaller than the other monitors mentioned so far, its curved shape somewhat makes up for the lack of size. Curved screens offer better immersion for some games and allow users to keep a larger monitor within their field of view. Connectivity options on the MAG272CQR include one DisplayPort 1.2a, two HDMI 2.0 ports, and a USB-C port. Most M1 Pro and M1 Max gamers will use the USB-C connector because FreeSync isn’t compatible with older HDMI 2.0 ports.

Every monitor choice is a compromise between price and features. While the first two options listed here have larger screens, they are also costly. The MAG272CQR has a smaller curved screen but is far more affordable than the 34BK95U and Pro Display XDR. Its fast refresh rate and adaptive sync technology make the MAG272CQR a viable option for gamers, but its smaller screen size can be inconvenient for users to maximize productivity.

Portable monitors are a viable alternative to desktop monitors for users who frequently travel. The Asus ZenScreen Touch MB16AMT is compact enough to take on the road and still has features like a touchscreen and built-in battery.

For such a small monitor, the ZenScreen Touch has a decent resolution. It has a 15.6-inch in-plane switching (IPS) screen with 1080p resolution and a 60Hz refresh rate.

One of the features that sets the ZenScreen Touch apart from other portable monitors is its touchscreen capability. The touchscreen comes with a stylus for easier navigation, and it fits into the monitor for easy storage.

Another standout feature is the built-in battery. Asus includes a 7,900mAh battery in the ZenScreen Touch with an expected lifespan of around four hours. The battery adds to the monitor’s convenience because buyers can use it without an external power source.

Asus ZenScreen Touch has features to distinguish itself from other portable monitors and is small enough to fit in a laptop case. Its main drawback is its high price that’s in the same league as the MAG272CQR. Despite its hefty price tag, the Asus ZenScreen Touch remains a viable option for travelers who need a monitor when they’re on the move.

Daisy-chaining makes it easy to connect multiple monitors using a few cables. Instead of each monitor connecting to the computer individually, daisy-chains only have a single monitor connecting directly to the computer. Users can add a second monitor by connecting it to the first one using a Thunderbolt or DisplayPort cable. Every other monitor plugs into the one before it in the same way as long as they have the required ports. Some ports, like HDMI, VGA, and USB-C, don’t allow daisy-chaining, so the monitors require multiple DisplayPort or Thunderbolt connections.

LG’s 24MD4KL-B is designed for Apple products and has two Thunderbolt 3 ports. These ports allow the 24MD4KL-B to daisy-chain with a single cable, making it ideal for multi-monitor setups. The only other ports on the 24MD4KL-B are USB-C, and there are no DisplayPort or HDMI options.

Another unconventional feature of the 24MD4KL-B is its design. Unlike most monitors, there are no physical buttons for power or to access the on-screen display (OSD). Instead, the monitor powers on when it detects a signal, and Apple users can access the settings through macOS. Windows users should look elsewhere as the 24MD4KL-B doesn’t give them access to many functions.

The 24MD4KL-B is fairly pricey considering its size but is more expensive than the Designo MX27UC and MAG272CQR. It’s still a viable option for its 4K display, and the multiple Thunderbolt ports make it ideal for dual-monitor setups.