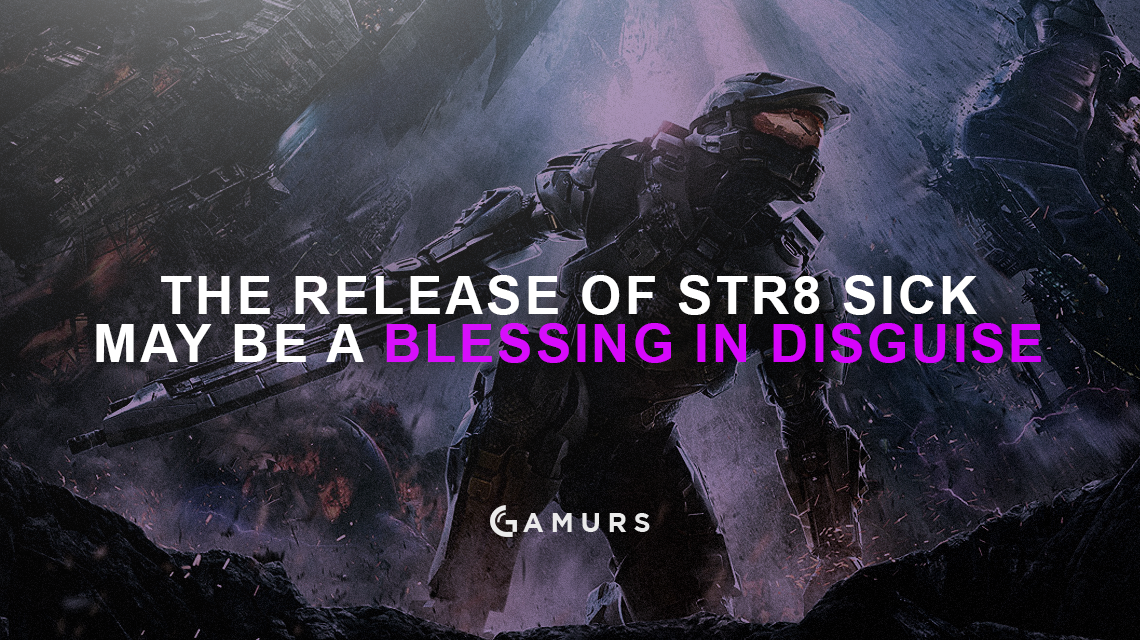 After Corey“Str8 Sick” Sloss announced his release from OpTicGaming, many fans, including myself, were in complete shock. Afteran extremely chaotic season that could have been the end of OpTic’stime in the Pro League, one of the few good notes to take on thisclub was Str8 Sick’s ability to constantly perform well bothonline and on LAN. Considering the impact Str8 Sick had on thisteam with his great talent, this may either be a curse for OpTic ora blessing in disguise.

There is no doubt in my mindthat Str8 Sick was one of the best players on OpTic this seasonperformance-wise. Almost always putting up solid stats and tryinghis best to keep a positive mindset, even with all the chaos OpTichad gone through, Str8 Sick did his best to solidify his spot onOpTic. Many would argue that the release of Str8 was an extremelysilly decision on OpTic’s part considering his great performancebut this may not be the case.

Although his individualperformance was extremely impressive, considering the position hewas in, Str8 Sick seemed very disconnected with the rest of theteam in many situations and this hurt the team greatly in closegame situations. Countless times when their scrims were beingstreamed, I heard Str8 Sick having minor arguments with one or twoteammates after a rough loss. Pointing out the mistakes others madein a stressed out manor, some members took offense to that andalthough I never saw a full on fight take place, the arguments didget a bit more heated than they should have.

I won’t say whether or not whatStr8 Sick was arguing about after games was something worth arguingabout, since I was not playing with them so therefore I can’t saywhat all the teams mistakes were but I will say that thesearguments did hurt the overall level of happiness within this team.Constant loses leading to lengthy, energy draining arguments willlower the happiness of any team and by the time relegation came, Iwas honestly concerned that OpTic wouldn’t have the emotional driveto continue fighting for their Pro League spot.

With Str8 Sick out, the trio ofNick “Maniac” Kershner, Aaron“Ace” Elam and Bradley“aPG” Laws is all that remains of lastseason’s OpTic team and although I initially thought Maniac and aPGwere the two highest candidates to be released, I am actuallysomewhat satisfied with how things turned out.

Although Maniac and aPG both hada rough season in general, I know both of these players are capableof much more than what they showed this season. With both of theseplayers being very talented slayers, I was very shocked at timeswhen both of them slacked slaying-wise in crucial situations thatcould have gone in OpTic’s favor. Although it won’t be right toview Str8 Sick as the primary reason Maniac and aPG had such roughseasons, I still believe that his differences and small argumentswith aPG did play a role in aPG and Maniac’sperformance.

With OpTic having an open spotto fill in and now having a good idea of what they don’t want in aplayer after releasing Str8 Sick, it is now time for this team todecide on their fourth. The interesting thing about OpTic’s currentlineup is that they can benefit from a slayer, support or objectiveplayer. While most teams may have a set role they need to be filledin, OpTic’s current trio seems to be capable of doing it all, whichis a pretty good ability to have. Any of these players seem to bewilling to do any role, as long as it gets them closer to a win,which would make things easier for them when they pick a newfourth.

With more rumors flowing aboutcertain players joining certain teams, I expect a pretty large anddiverse pool of talented pros to emerge in the market within a fewweeks. This will give OpTic more than enough time to run with everyplayer and determine who fits best withthem.

After the release of Str8 Sick,I expect this team to be much more positive minded and I alsoexpect to see Maniac and aPG step up their game slaying-wise sinceone of their main slayers has been released.

What do you think about therelease of Str8 Sick and how this may benefit OpTic in the future?Let me know in the comments section below.
Zachery Chevere can be contacted on Twitter @PmL_Zarhaz