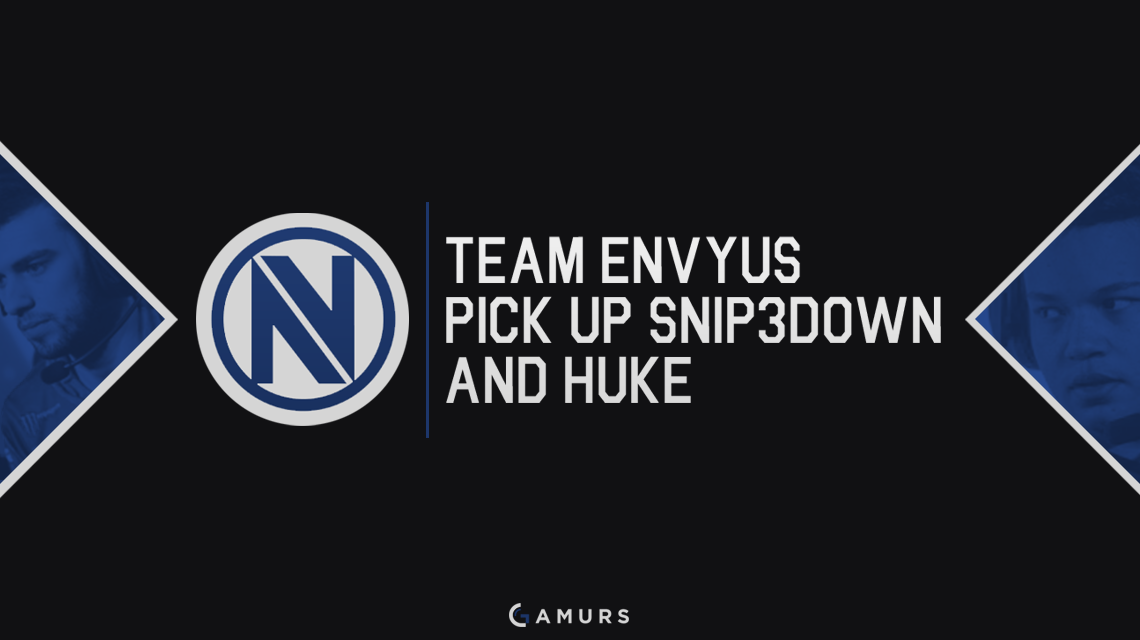 Team EnVyUs has picked up Eric”Snip3down” Wrona and Cuyler”Huke” Garland ahead of HCS Season Two. The twoare replacing Tim “Rayne” Tinkler and Visal”eL TowN” Mohanan, who both left the teamafter the conclusion of the first HCS Pro League season. The fullTeam EnVyUs roster will now consist of Justin”iGotUrPistola” Deese, Austin “Mikwen“McCleary,Snip3down and Huke.

The new Team EnVyUs roster features several of the mostsuccessful Halo pro players of all time, specifically in Snip3downand iGotUrPistola. The two have even played together in the past onAmbush, along with Richie “Heinz” Heinz andMatthew “FormaL” Piper, the latter of whom hassince switched to Call of Duty.

Snip3down is coming to Team EnVyUs after recently leaving EvilGeniuses, a team that controlled the Halo pro scene throughout theduration of Halo 2: Anniversary Edition. Their reign seemedunstoppable, but after Tony “Lethul” Campbell Jr.left the team to join rival Counter Logic Gaming, Evil Geniuses hadless success. Evil Geniuses finished the HCS Pro League in fifthplace in the inaugural season and the poor results spurredSnip3down’s departure from the roster. Rumors of Snip3downjoining Team EnVyUs go back to early August.

Huke, on the other hand, is new to the pro Halo scene. At theripe of 16, Huke has gone pro in two different esports, beginningwith Call of Duty. In the 2014-2015 season, he went pro in AdvancedWarfare, playing for teams like FaZe Clan and Denial eSports. Whenthe 18+ age limit went into effect for Black Ops III, Huke switchedhis focus to Halo 5 and immediately saw success, placingtop-four at the Halo World Championship. Huke most recentlyplayed under Enigma6 in the HCS Pro League and placed second in theseason finals.

How do you think the new Team EnVyUs roster will fare in thefall season of the HCS Pro League? Let us know in the commentsbelow or on Twitter @GAMURScom.