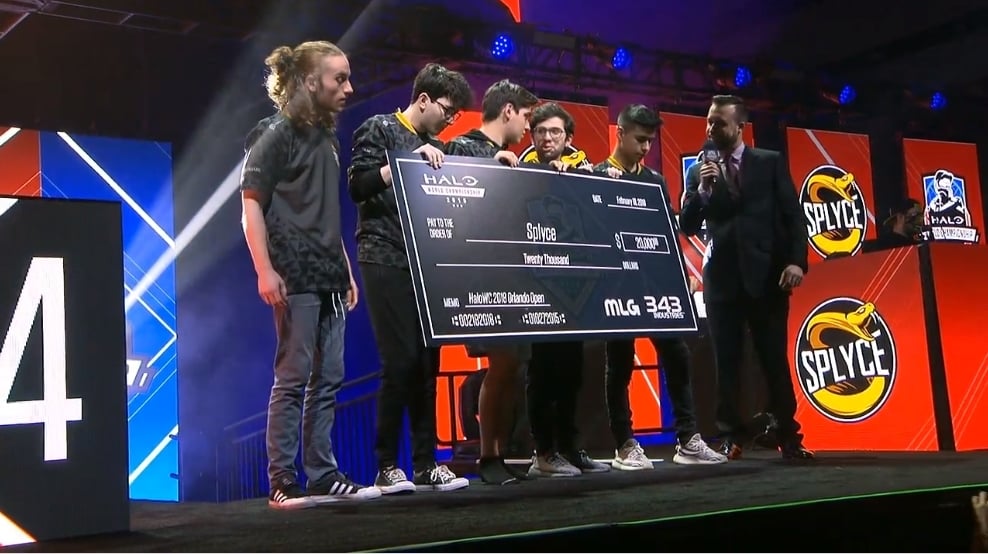 The 2018 season of the Halo Championship Series is officially underway, and this year’s first champion has been crowned.

Both teams went undefeated in group play and advanced to the winners bracket semifinals with relative ease. But OpTic was surprisingly swept by Team Envy on Saturday, which sent the Green Wall down to the losers bracket while Splyce took care of business against Team Reciprocity.

As one of the best teams in Halo history, OpTic—Bradley “Frosty” Bergstrom, Tony “LethuL” Campbell Jr., Paul “SnakeBite” Duarte, and Mathew “Royal2” Fiorante—bounced back to start an impressive losers bracket run on Sunday. The Green Wall swept Renegades and Team Reciprocity to set up their rematch against Team Envy in the losers bracket finals. And OpTic got their revenge as they beat the Boys in Blue 4-2 to advance to the grand finals.

Splyce, who beat Team Envy 4-1 in the winners bracket finals, were patiently waiting for the Green Wall in the grand finals—and they started the series firing on all cylinders. Shotzzy and crew kicked off the grand finals with a dominant 3-0 win on Truth Capture the Flag, followed by a 50-42 victory on The Rig Slayer.

OpTic responded by taking Empire Strongholds 100-76, but Splyce answered right back with another 3-0 CTF win, this time on Coliseum, to secure the 3-1 series lead.

This isn’t the first time that Splyce have beat OpTic in a Halo grand finals—with a slightly different roster, they took down OpTic at DreamHack Atlanta in July 2017. Splyce will leave Orlando with $20,000, while the Green Wall secured $10,000 for their second-place finish.

North American Halo fans will now look forward to the NA Regional Final in Columbus, Ohio from March 23 to 25—which will lead up to the $1 million Halo World Championship in Seattle from April 13 to 15.