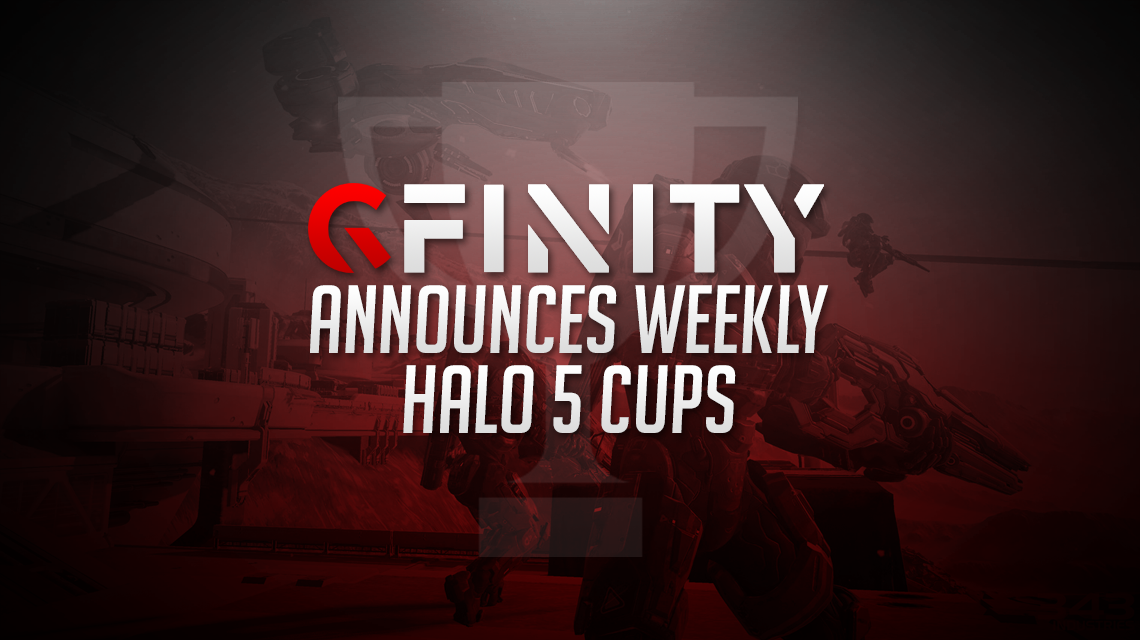 According to the announcement, the weekly online cups will be hosted twice-a-week on every Wednesday and Sunday, and they will start at 6:00 p.m. GMT. Each cup will have a £150 prize pool, with £100 going to first place and £50 going to second place (for American readers, this amounts to about a $230 prize pool).

Are you ready for the return of #Halo to Gfinity with #Halo5Guardians? Read on:http://t.co/nYWGJMYs3b pic.twitter.com/CNegiHMVRu

According to Gfinity, the main requirement for participation in these cups “is [to] register for a free Gfinity account and enter your team.” Unsurprisingly, the cups will be employing the traditional 4v4 Arena format. Currently, registration is only open for the inaugural Nov. 1 cup, and it has a 64-team cap. The tournament will use a best-of-three format, with the exception of the Grand Finals which will be a best-of-five series. As for maps and game modes, the official settings (based off of Halo 5: Guardians’ Team Arena playlist) from Gfinity is as follows: Currently, there aren’t any teams registered, but, if you are planning on registering, I suggest that you organize your teams and register as soon as possible as spots may fill up quickly. Also, if you would like to see the entire ruleset for yourself, I suggest that you click here. Although Gfinity’s announcement comes on the heels of Halo 5’s launch in just 11 days, they won’t be alone when it comes to hosting weekly tournaments. Last month, Beyond Entertainment announced that, with the support of ASTRO Gaming, they would be extending their tournament schedule. Like Gfinity, Beyond will be hosting weekly tournaments (of the 1v1 and 2v2 variety) that will be free-to-enter and will feature a $500 minimum prize pool (including “Premium ASTRO Gaming Products”). This, too, will begin in November. With support from both the EU-based Gfinity and the American-based Beyond as well as the obvious patron that is the Halo Championship Series (organized by 343 Industries and the Electronic Sports League), it seems as if Halo 5 eSports will be getting off to a running start, beginning with Iron Games Daytona, the first Halo 5 open LAN, which takes place from Oct. 30 to Nov. 1 in Daytona Beach, Florida.   Tell us what you think about this development by tweeting us @ESNHalo.