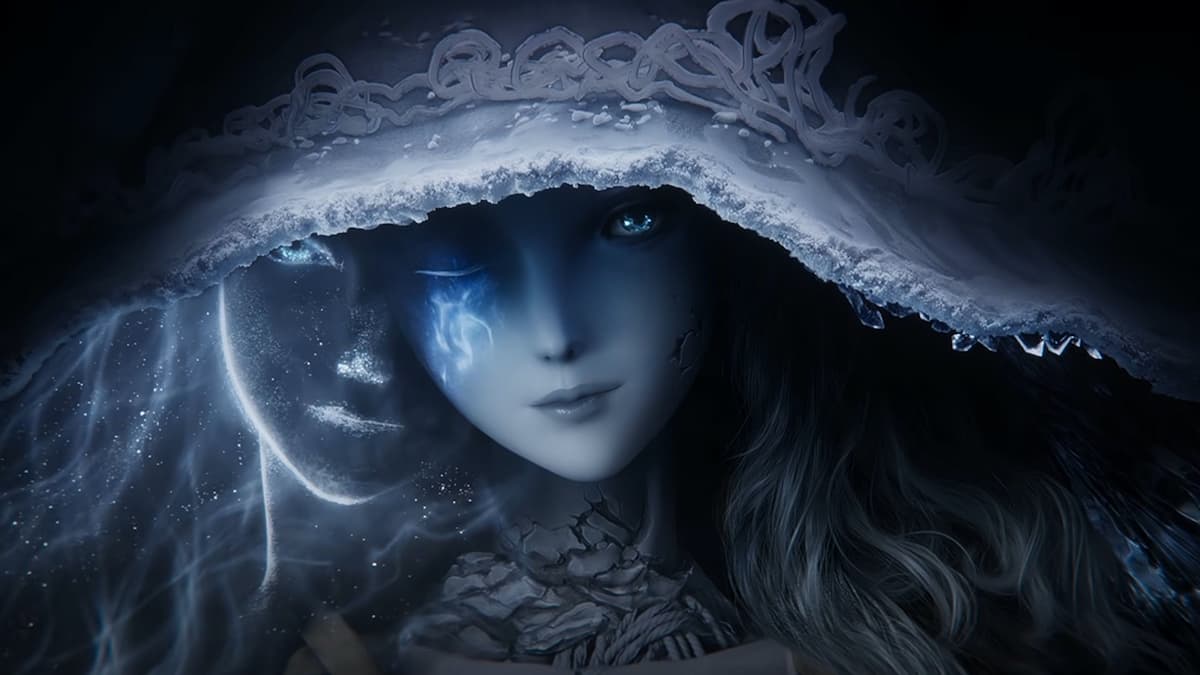 FromSoftware titles are filled to the brim with unique questlines associated with various NPCs. Elden Ring is no different. Within the Lands Between, there appear to be an endless amount of characters to meet and interact with that will send young Tarnished on plenty of missions.

These missions often involve killing a specific enemy, entering a unique area, or even handing over an odd trinket or two that they’ve been looking for. Whatever the case, these NPCs have a lot to offer players like weapons, armor, incantations or sorceries, and even legendary armaments that players must obtain for achievement hunting purposes.

One of these legendary armaments is locked behind a questline that players often struggle to complete or follow with ease. Here, we’ll go over how to complete the Ranni quest and all of the locations players must go to obtain the legendary Dark Moon Greatsword.

How to complete Ranni quest in Elden Ring

Ranni’s questline in Elden Ring is one of the longest in the game. It requires players to venture and traverse many areas across the Lands Between. But it is worth it in the end since the armament Ranni leaves players with—the Dark Moon Greatsword—is one of the strongest magic-based and intelligence-scaling weapons in the entire game.

When players first encounter Ranni, she will actually go by the name Renna as a disguise. Renna and Ranni are used synonymously and should be considered the same person for this guide.

Where to find Ranni (aka Renna)

Initially, players can first meet Renna after they’ve spoken to Melena and acquired Torrent. Renna will appear on the northern wall of the Church of Elleh and ask to speak with the player. She will hand them a Spirit Calling Bell and the Lone Wolf Ashes.

If players miss this first encounter, it does not prevent them from completing the Ranni quest and she can be found later on.

Ranni the Witch can be found later tucked away behind the Caria Manor on the far north side of Liurnia. To reach the Three Sisters—the unique location of a handful of quest-related NPCs—players must go through this Manor and defeat Royal Knight Loretta.

Loretta is a sorcery-based knight on horseback and can prove to be a troublesome mini-boss since her sorceries and movement speed are generally fast. Using a spirit summon for this fight makes it a lot easier to trade aggression and give oneself the time to recover health, manor, or stamina mid-fight.

After besting Loretta, players can continue to the Three Sisters. These are towers placed behind the Manor in which a few select NPCs reside. Ranni is located at the top of Ranni’s rise. Speak to her there to progress her questline.

It’s important to know that if the Radhan Festival has begun, Ranni will not appear in Ranni’s Rise. This is because Blaidd is required to progress her quest. He will not leave the Festival until Radhan is defeated.

The Treasure of Nokron

Once Ranni is reached in her tower, she will ask the player to find the treasure hidden away in Nokron.

All NPCs must be spoken to at Ranni’s Rise. Players will not be able to leave the tower without having spoken to all three. Return to Ranni to progress.

Blaidd will await the player at the Siofra River. From the Siofra River Bank site of grace, travel to the east to meet up with him. He’ll inform the player that he suspects that Seluvis knows a lot more than he leads on and to return to the Three Sisters to speak with him.

Seluvis will inform the player that the Sorceress known as Sellen may have some information about how to enter Nokron and that the player should seek her out. He will hand over a letter—Seluvis’s Introduction—to deliver to Sellen.

Sellen can be found at the Waypoint Ruins in Limgrave. Hand over the letter from Seluvis and she will disclose that Starscourge Radhan has been using his gravitational powers to hold back the movement of stars. The only way to restore the entrance to Nokron is to defeat him.

From this point, the Radhan Festival will be triggered and players can challenge the demigod. Once defeated, a cutscene will show a crashing star falling into the Lands Between. Exhaust Blaidd’s dialogue to continue.

There are other ways to trigger the Radhan Festival if it is not working.

The falling star crash landed on the eastern side of Limgrave. Head there to see a massive hole in the ground to spelunk.

Following the path through, players can eventually fight a surprise mini-boss. Then, players can follow the bridge to the north and find a site of grace.

On the left side of the path, there will be a hidden site of grace between some rocks. From there, players can jump onto the rooftops of Nokron and parkour their way around.

Once players have reached the ground level of the city—or at least a floor as opposed to a rooftop—they can find a site of grace at the mouth of a large courtyard area. On the other side is a treasure chest guarded by a Silver Tear that will turn into a Troll.

The Fingerslayer Blade is the precious treasure in the chest. Take it and return to Ranni.

Those who wish to complete Seluvis’ quest, and possibly the Dung Eater’s as well, should pause here and complete those. Once players hand over the Fingerslayer Blade, Seluvis becomes lifeless.

After returning the Fingerslayer Blade to Ranni, she will give players the Carian Inverted Statue.

Take the statue to the Carian Study Hall and place it on the altar. Proceed through the area to reach the Divine Tower of Liurnia.

At the Divine Tower, players will find the Cursemark of Death laid upon Ranni’s original body.

From here, players should speak with Warmaster Iji at the Road to the Manor site of grace to learn where Ranni is.

The seal on Renna’s Rise will now be gone and players can now access it. At the top, players will find the Snow Witch Set Ranni was wearing and a waygate that will take players to the Ainsel River Main, the next destination.

After teleporting, there is an item players must pick up: the Miniature Ranni doll. Players must speak with the doll by resting at the Ainsel River Main site of grace. There will be an option to “Talk to miniature Ranni.” Speak with her three times to trigger the dialogue.

She’ll tell the player to defeat the Baleful Shadow that can be found further down in the area just beyond the Nokstella Watefall Basin and right before the Lake of Rot.

Just before the Lake of Rot, the Baleful Shadow will spawn. This is a recusant enemy that looks similar, if not identical, to Blaidd. Defeat the Shadow to be thanked by Ranni and be rewarded with the Discarded Palace Key.

The Discarded Palace Key unlocks a specific chest in the Academy of Raya Lucaria. Players must have defeated Renalla, Queen of the Full Moon, to access this chest since it is located in the Grand Library after the fight.

Hidden in the chest is the Dark Moon Ring, a required key item to access the Moonlight Altar.

From here, players must make their way back down into the Ainsel River and cross the Lake of Rot to reach the Grand Cloister. Upon reaching the bottom of the covered walkway, there is a coffin found on the southern side just past the Lesser Kindred Rot enemies.

This coffin will take players a little ways away from the Grand Cloister to challenge the next legendary foe, Astel, Naturalborn of the Void.

Once Astel is defeated, players who have obtained the Dark Moon Ring from above can cross the room and access the secret passageway leading to the Moonlight Altar. Take the elevator to continue.

At the Moonlight Altar, players should continue to the east toward the Cathedral of Manus Celes. As players approach the location, Glinstone Dragon Adula will spawn and attack.

Killing Adula is not required to continue and the great dragon will spawn regardless of progress made at the Three Sisters.

Head into the Cathedral of Manus Celes to find a hole to drop down into. Ranni can be found in this tunnel sitting under a set of fingers. Interacting with her lifeless self here will trigger a cutscene where players will place the Dark Moon Ring on her finger. Her body will disappear and she will reappear as her previous life-sized form with the Snow Witch set on.

She will tell the player that they are her new consort and they’ll meet again. Appearing where she previously stood will be the Dark Moon Greatsword.

This completes Ranni’s quest and players can summon her after defeating the Elden Beast to trigger the Age of Stars ending—another achievement in Elden Ring.