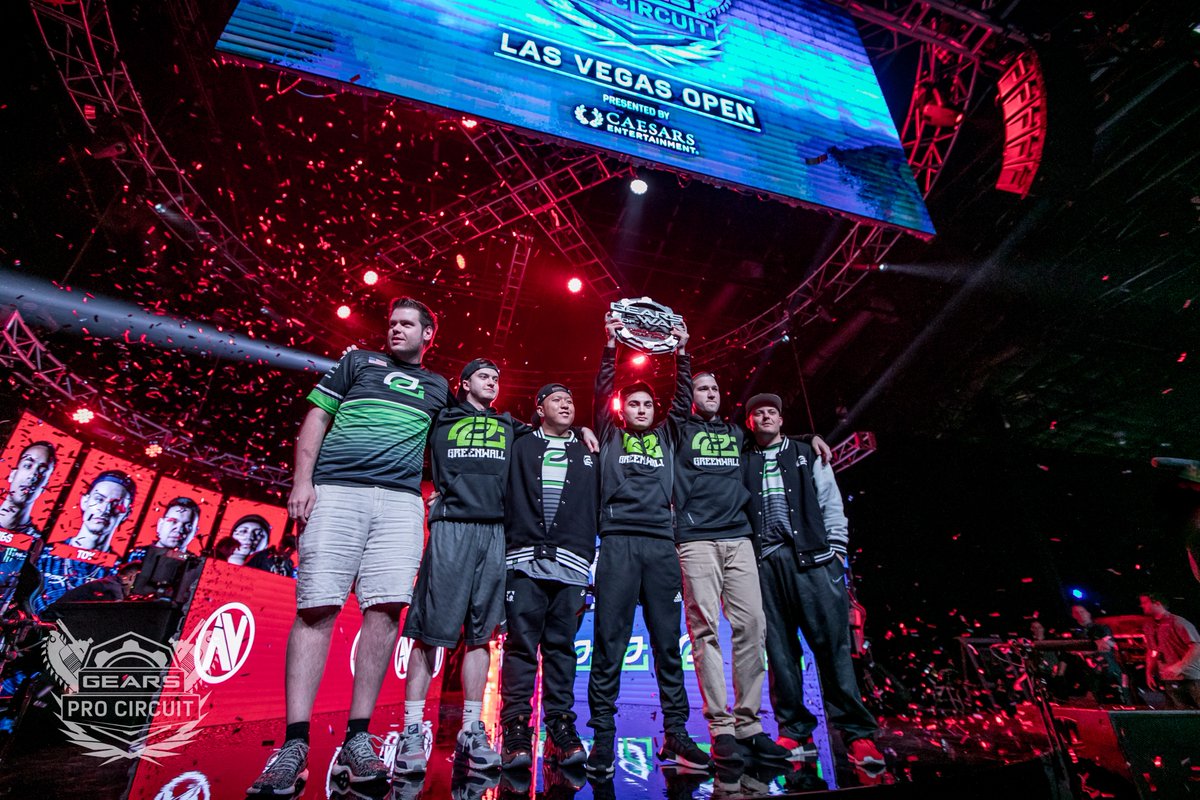 The best team in Gears of War 4 defended its title by securing the last championship of the 2017 Gears Pro Circuit.

The Green Wall then swept eUnited, Echo Fox, and Ghost Gaming to reach the grand finals once again.

Meanwhile, Team EnVyUs went on an impressive losers bracket run to reach the grand finals. After the boys in blue lost against Ghost Gaming in the winners bracket semifinals, EnVyUs defeated World Best Gaming and Echo Fox before their rematch against Ghost in the losers bracket finals. This time, the boys in blue emerged victorious, defeating Ghost 2-1 to set up their grand finals match against OpTic.

Despite EnVyUs having momentum on their side from their losers bracket run, OpTic proved exactly why they’re the best team in Gears of War with a dominant grand finals performance. The Green Wall won 7-4 and 7-1 to sweep the boys in blue en route to the Gears Pro Circuit Las Vegas Open championship.

This was OpTic’s third straight major championship following a roster change in January, and the Green Wall unquestionably ends the first season as the best team on the Gears Pro Circuit.

Although this was the final event of the 2017 Gears Pro Circuit, Gears of War fans were delighted when it was announced that the $1 million pro circuit will return later this year for a second season. After a successful first season, fans of the esport will be anxiously waiting for the Gears Pro Circuit to resume.