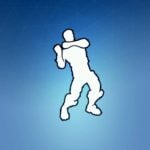 Skin-based monetization systems existed long before Fortnite: Battle Royale was launched, but it’s almost impossible to deny its influence to turn the game into a mainstream entity.

Epic Games found the ultimate formula in skins, harvesting tools, back blings, emotes, gliders, and finally dances. All of these items allow players to show off their personality and sense of style in Fortnite, mostly after they outplay another opponent.

While the developer started off slow with the cosmetics around the game’s launch, it has turned into a skin-manufacturing powerhouse over the years. There are so many cosmetics available inside the game it’s nearly impossible to count them.

Most games tend to use color-coding for determining the rarity of cosmetics or items, but Fortnite players measure rarity by the availability of a skin. Even a rare, or blue, dance can be considered one of the most unique emotes in the game only because the number of players who own it will be relatively low.

This availability turns the emotes, like the ones on our list, into an excellent way to show off how long you’ve been playing Fortnite. Some emotes and dances owe their rarity to being featured on early battle passes, while others just never became available through the in-game shop after their release.

Here are the rarest dances and emotes in Fortnite.

Its name may be “Pony Up,” but you’ll be riding the iconic Fortnite llama upon activating this emote. Pony Up was added to the game during Chapter one, season 10, and was obtainable through the second season’s battle pass.

Unless Epic decides to release a spin-off version of it, it’s almost impossible for this emote to make its way back to the in-game shop.

Flossing may not be on top of everyone’s list before going to bed. It’s meaning in Fortnite, however, makes it a must-have to taunt enemies.

Floss was introduced to the game during the second season’s battle pass and quickly became one of the most iconic dances that originated from Fortnite. Football players like Dele Alli performed the Floss after scoring goals, which goes to show how wide Fortnite’s player base is.

There’s always that one person who refuses to dance throughout a party. When they start dancing, though, they dance like there’s no tomorrow, and everyone’s jaw drops.

Rambunctious features all the moves that fit the above description, and it was added to the game as a shop item in 2018. It’s been more than 700 days since this catchy dance was available, but it still has a chance to make a comeback since it wasn’t a part of any battle pass.

Morning Fortnite sessions tend to be some of the most interesting ones. Early birds either include players who skipped school or work for various reasons or those who never slept in the first place. It’s easy to notice if a player is feeling sleepy by how they’re playing, and Fresh is just the perfect dance to wake anyone up.

This energetic shuffle was introduced in 2017 and hasn’t seen the light of day again for over 700 days.

If you’ve been a part of the internet culture over the last couple of decades, you may be familiar with the iconic GIF of Snoop Dogg where the rapper is jiggling from side to side. While the Tidy emote doesn’t come with his legendary track “Drop It Like It’s Hot,” it does a fantastic job of recreating it inside the game.

Tidy does it in a somewhat slower way, however, which is just perfect for annoying opponents you just knocked out. Tidy was released back in 2018, and it hasn’t hit the in-game shop again for more than 670 days.

Sniping is an art form. Not everyone can be precise enough to land calculated shots, but it’s also possible to get extremely lucky. If you have a reputation of hitting silly sniper shots without even trying, the On the Hook emote will be perfect for sending anyone spectating you back to the lobby.

On the Hook will have your characters releasing a bait to catch a fish, and it even catches a big one. The celebratory pose with the fish acts as the final nail in your opponent’s coffins. This 2018 emote hasn’t returned to the shop for more than 600 days now, but at least you can still fish in Fortnite matches.

Winning a Fortnite match isn’t an easy feat. When you finally get that Victory Royale, you should be prepared to celebrate the occasion.

Kissing the Cup is generally the first reaction of all athletes when they finally hands on a trophy, and the emote is the perfect pick to celebrate wins. It was released in 2019, and it has gone AWOL for over 1000 days.

Vivacious is an epic emote that features impressive moves. The emote was released in 2018 and it’s been missing from the in-game item shop since 2019.

Epic is the master of collaborations. Marvel’s introduction to the Fortnite universe has boosted the game’s popularity to unimaginable levels. Seeing comic book characters and even skits from movies in Fortnite is an everyday thing now.

The Widow’s Pirouette emote features the iconic moves of Black Widow and it hasn’t been available in the shop since 2019.

There are some emotes in Fortnite that are perfect to assert your dominance in the field. The Tsssss emote is generally used after taking out an enemy, indicating that you just put them up.

Tsssss hasn’t hit the in-game shop for more than 900 days, and it only appeared in the shop once after its release.

Rawr is one of the emotes that will heavily depend on your skin of choice. If you’re wearing a goofy skin, the emote can look funny/adorable, while it can also be intimidating with monster-themed cosmetics.

Rawr is a part of the Dino Guard set and it hasn’t been back to the shop for more than 950 days.

If you have any of these emotes or dances, always spare a slot for them in your emote wheel to prove how long you’ve been awesome to every enemy’s face that crosses your path.

Related: See the full list of all Fortnite Dances and Emotes