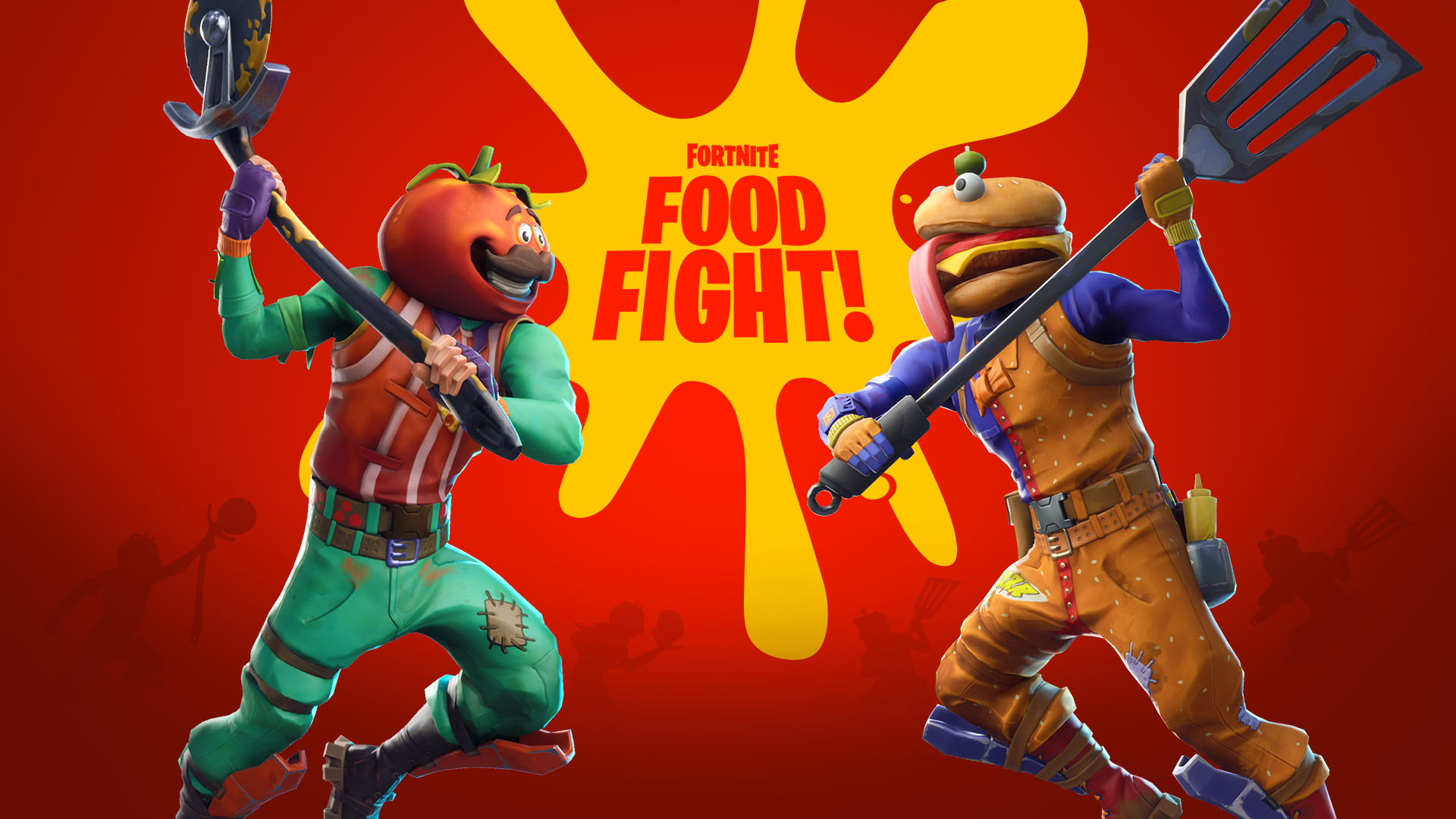 This comes two days after Epic released the exclusive game mode with two teams and a new objective: Destroy the enemy Durrr Burger or Tomatohead.

Mascot health is now 100,000 instead of 200,000, and the automatic damage they receive during the game has been decreased by 40 percent. An Epic representative said the match length should be the same, but now players will feel like they’re “making more progress” when attacking the mascots.

If the damage of an Assault Rifle shot was a small percentage of the huge 200,000 health pool, it’s now twice that since the mascot health was cut in half. Players will see the mascot health bar decreasing twice as much as before when shooting.

The third storm circle is now the last in Fortnite‘s Food Fight. The fourth circle has been removed and its time was added into the third. This means players will have a bigger area to play during the last storm circle, but when it starts closing, it will be gone for good.

The last change comes to the Mounted Turret, which had its drop rate decreased by 50 percent. This will make the gun appear less often, and it’ll probably be used less too because of its nerf yesterday.

Players said Epic could’ve made more changes, like having more players on the two teams instead of 12 for each. An Epic representative said that the developers experimented with 24 players on each side, but had “to leave on the shelf as it didn’t perform well on a variety of hardware. It’s likely we will try to find a middle ground next time we bring the mode back around.”

Some players asked for a less random base spawn. They said there were matches when the opposing team was on top of a hill while they were below, and the team with the high ground gets a huge advantage.

But now, Epic seems interested in making players feel like their damage matters in Food Fight. The company adjusts its Limited Time Modes when bringing them back for a second version, so we can expect an improved version of Food Fight after this one is over.