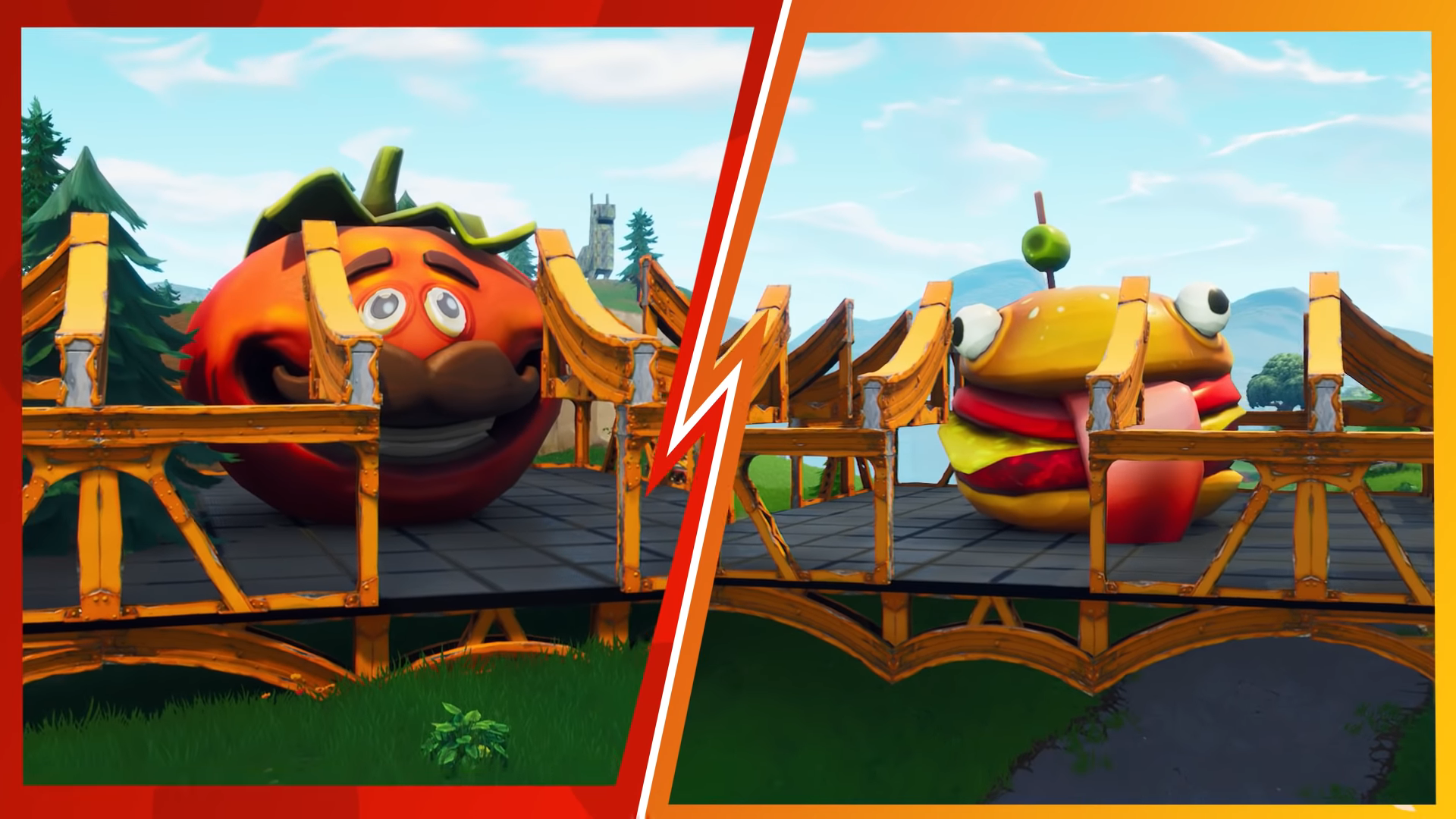 Fortnite’s 6.30 patch notes have very few gameplay changes that can shift the meta. We don’t care too much about them, because the star of this update is the new Limited Time Mode, Food Fight.

This game mode is new to Fortnite: Battle Royale. Two teams will fight against each other, but instead of trying to be the last team standing, they will have to defend their restaurant mascot while trying to destroy the opposing one. The first team to destroy the opponent’s mascot wins.

The rules of Food Fight are unique. Players who are eliminated can re-spawn after seven seconds with their previous inventory. When eliminated, players spawn a percentage of the ammo they own, but they don’t lose that ammo. Eliminated players also leave 30 wood, 30 stone, and 60 metal, which will be useful to repair structures that protect your Durrr Burger or Tomatohead.

Players can gather 100 percent more resources than in default modes, which will make the harvesting faster and less boring.

In Food Fight, players can’t afford to spend time looking for good weapons, so seven special red Supply Drops spawn for each side at the start of the match. They have plenty of weapons and items the teams need to battle. But these Supply Drops don’t have any explosive weapons or items, since they are disabled in the mode.

A map-wide wall separates the two teams at the beginning of the match. For five minutes, players can’t cross that wall, and their shots also stop there. The two teams have this much time to get ready for the fight and protect their mascot.

The most interesting thing about Food Fight is how players can create strategies that are unique to this mode. Fortnite players never had to care about protecting anything but themselves, and now they have to find a balance between attack and defense within their team.

Players can organize themselves in roles. There can be a builder who stays at the base repairing and building new defensive structures, or a sniper who stays on top of the base shooting offensive enemy players, and maybe even a lurker who surprises enemies by moving undetected towards the enemy base.

This new game mode brings freshness to Fortnite. Different goals, strategies, and mechanics can bring back old players or make current ones feel like they can be free of the cycle of dropping Tilted Towers, dying, and starting over.