It isn’t here yet. 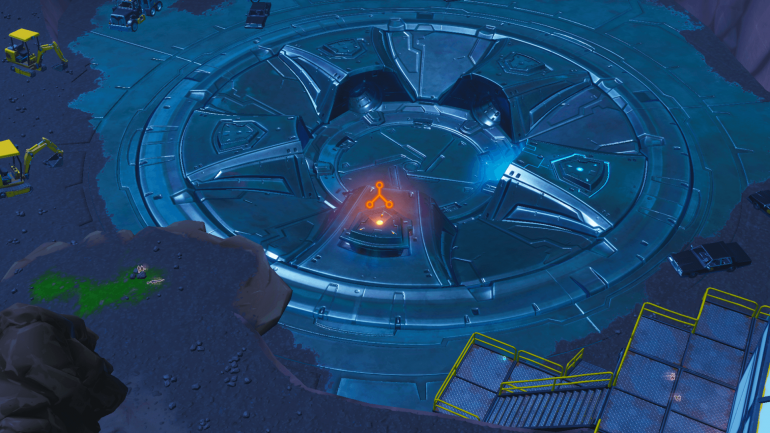 The fifth and probably the last rune has just appeared on the Loot Lake metal hatch. The rune isn’t active yet, which means players can’t interact with it like they did with the previous four runes now plugged into the structure.

The fifth rune apparently shows a stone floating over a volcano, which could mean players will soon have to do something in that are to activate the fifth and last rune of the hatch. Players expect that once all runes are active, the hatch will open to reveal a cinematic or trigger a special event, most likely related to vaulted items.

A recent data mining revealed what could be the event at Loot Lake: the hatch will open to reveal a huge blue sphere of energy, and a corridor with glass pillars that hold some vaulted items will lead to it. It’s still unclear what players will be able to do once that happens, but data miners found evidence of a voting system related to these vaulted items that could let players choose which one will be brought back. None of this is confirmed, though.

What we know about these runes and the Loot Lake hatch is that, whenever players plug in a new rune, the volcano activity increases. After four runes, the volcano seems ready to erupt, and data miners also found what seems to be the volcano’s last state after what is now a nearly confirmed eruption for season 9.

Other leaked information also points toward an eruption of the volcano once after the fifth rune is placed, since data miners found that Retail Row and Tilted Towers can be destroyed in the beginning of season nine. A few videos they’ve revealed show the ground burning and buildings partly destroyed by what could be hot rocks sent out from the volcano.

If the fifth rune follows the same pattern of the previous ones, players should be able to start activating it collectively tomorrow at 11am CT.