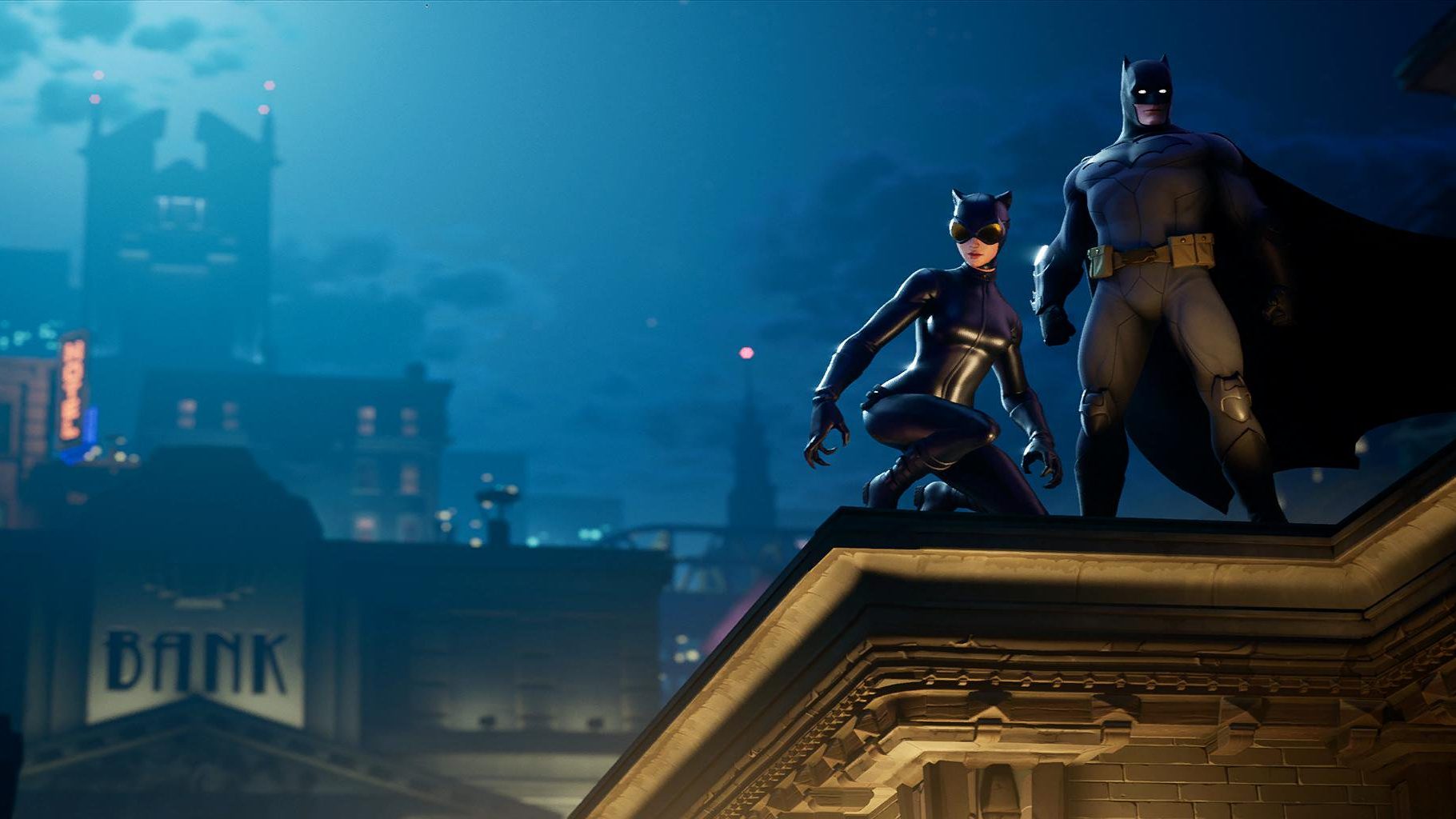 Batman’s crime-ridden hometown Gotham City is coming to Fortnite after the highly anticipated Fortnite x DC event has been officially revealed by Epic Games during a livestream.

The Batman x Fortnite crossover has arrived on live servers following the 80th anniversary of Batman. Here is everything that is included.

As was reported yesterday, there will be a brand-new Catwoman skin coming to Fortnite. This character serves as the love interest of Batman in the DC universe and plays a pivotal role in the Batman story.

Some more encrypted skins and cosmetics were found in the game files. Batman’s Batarang can be seen as one of the sprays and a Batman skin has finally been revealed, as well as his signature cape, according to Fortnite leaker FireMonkey.

With this new crossover event, there are new gliders that players can get their hands on such as Batman’s cape, which he uses to Glide from high buildings, according to data miner HYPEX.

Gotham City has officially arrived in Fortnite using a Rift Zone. Tilted Town has been replaced by Batman’s infamous hometown. This city can be seen in the trailer. The town will grant players their own Batman cape and will allow players to use the Glider re-deploy.

Wayne Enterprises could be seen in the dead center.

Wayne Enterprises is owned by Bruce Wayne, Batman’s secret identity. The trailer sees Batman sit across Wayne Enterprises and look up into the sky to reveal his signature white eyes from the comics.

Players can now get to play with Batman’s gadgets as Batman’s Grapnel Gun and Explosive Batarang have been introduced. Both are available in the Mythic variant.

When the grappling hook from the Batman Grapnel Gun hits something in the environment, the player will be launched in a flat arc towards the point of impact. The Explosive Batarant is similar to the Grapnel Gun but will instead target enemy opponents.

Players can enjoy playing as Batman by purchasing the Bundle available in the Fortnite store.

Fans will have plenty of time to play as Batman since this special crossover event will last until Oct. 6.