The game now has an Automatic Sniper Rifle. 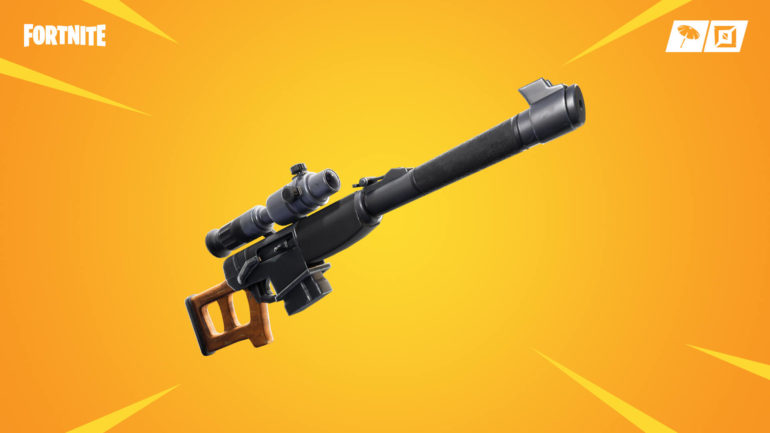 The first Fortnite: Battle Royale update of season X has just been revealed. Epic Games announced it as the v10.0 Content Update last night and wrote there would be no need for server downtime, so players can just jump into the game starting 7am CT to see what’s new.

The patch notes reveal some additions that we were expecting based on leaks of previous weeks.

The Automatic Sniper Rifle is now officially part of the game after being leaked last week. This is the Sniper Rifle with the highest fire rate among all others, though Epic balanced that by reducing its damage per shot to 30 for the Uncommon variant and 35 for the Legendary variant. This is one of the few guns that have four rarities available upon release.

We expect that the Automatic Sniper Rifle will feel like the Drum Shotgun. Its high fire rate will sound incredible at first, but you’ll need to be very accurate to make it work better than a common sniper that eliminates players in one shot, like the Heavy Sniper Rifle. It can still be a strong gun if it has little recoil.

You can test the gun before jumping into real matches by making a Creative island and spawning it in front of you. It’s a good way to check how it feels to shoot it, especially if you’re planning on using it in Arena.

The only other big change is that Neo Tilted has become Tilted Town, a new area brought by one of the Rift Zones. In this wild west area, building and harvesting is prohibited.

Here are other details from the patch notes.

The Fortnite v10.0 Content Update is now live in all platforms and available to all players. Jump into your match to check what’s new.