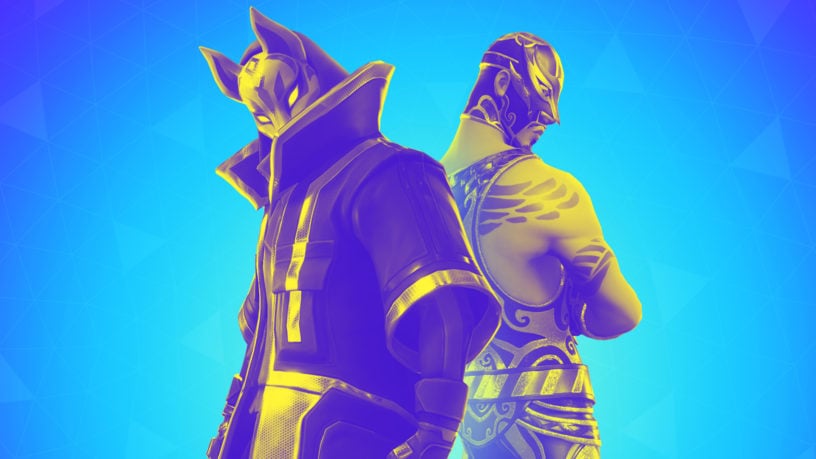 Fortnite is one of the most popular competitive games in the world right now, with hundreds of thousands of players hopping into Arena matches every year. Epic Games has only bolstered this community by hosting international competitions that provide players with unique opportunities to earn cash or in-game prizes.

With dozens of competitive and content creation teams springing up around the game, it seems that Fortnite is still going strong. As the game gets ready to enter Chapter Three, season four, there are some new changes to the competitive scene like new modes and competitions. These are meant to entertain and challenge the player.

The ultimate goal of Arena is to scale up through the ranks. In the higher Divisions, that means making at least as much Hype per match as it costs in Bus Fare. If you want to improve your ranking, you’ll need to play smart and keep in mind the best ways to earn extra Hype every match.

Here’s all the information you need to know about Fortnite’s Competitive Arena modes.

How Arena Hype, Divisions, and Leagues work in Fortnite

Hype is the point system in Fortnite that determines your Division and rank. Players can earn Hype by completing different actions each match, like surviving or getting eliminations. All of the actions that will provide you with Hype include:

Because of the survival elements in the Hype system, many players don’t have to get a massive amount of eliminations each match to progress their rank. At earlier ranks, just surviving matches is enough to progress into the basic league while later matches will require more skill-based gameplay and eliminations.

Fortnite currently has three different leagues: Open, Contender, and Champion. Open League is reserved for everyone who launches into a Competitive match and lasts for the first four Divisions. The Contender League is Division Five through Seven and allows players to start competing in Fortnite’s Contender Cups.

The Champions League is where players are able to play in Fortnite’s most popular competitions for real money, like the FNCS. Players who reach the Champion League are in Divisions Eight through 10, earning bragging rights for the difficult achievement.

Each Division will require that you gain a certain amount of Hype to unlock it, with higher Divisions requiring over 10,000 Hype. The Division Hype requirements are as follows:

As you progress through different ranks, you’ll begin to notice that you start each match with negative Hype. This is called Bus Fare, and it keeps players in higher Divisions from just skating through on survival experience.

How does Arena Bus Fare work in Fortnite?

Bus Fare is what players have to pay to get on the Battle Bus in higher divisions. It serves as a benchmark that competitive players have to reach in each match; otherwise, they risk the negative points being taken out of their season total. This is the only mechanic in Arena mode that can cause the player to lose points.

Bus fare increases as you progress through the higher divisions. The Bus Fare throughout Fortnite’s Competitive Divisions includes:

The negative Bus Fare also means that players have to at least make that many points before more can be added to their score. This makes progressing through the ranks considerably harder once you get into the upper Divisions. Players can leave Spawn Island before they enter the Battle Bus and they won’t receive the penalty to their Hype.

How does Siphon work in Fortnite Competitive?

The Siphon is a tool added to Fortnite’s Arena mode that rewards players with health or shields after they get an elimination. When players get an elimination, they’ll be rewarded with 50 health and/or shields. In team game modes, players will have to fully eliminate the player to get the healing boost.

The Siphon rewards players for constantly engaging with enemies, which happens to be the best way to earn more Hype. Whereas in regular Battle Royale matches you may choose to avoid combat, the Arena modes with Siphon enabled encourage you to seek out and get rid of your opponents since it will restore your health.

Epic recently made an announcement about the upcoming changes to Fortnite Competitive during Chapter Three, season four. According to the post, Epic will include the following game modes:

Epic will also be hosting Zero Build competitions, but at the time of writing, there is still no Zero Build Arena. Epic is hoping to reduce queue times this season by cutting down on the different game modes that are available in the game.

When it comes to playing Fortnite’s Arena modes, playing smart is the key to soaring through the ranks. While you’ll also need to practice aiming from far away and close-up, there are some other handy tips that will help you in your next Arena match.

When deciding what cosmetics to wear in Arena, consider how they will make you appear in the game. If the cosmetic is going to give you away from a distance or stand out in any way, it’s likely that you shouldn’t wear those in the match. Back blings are an optional cosmetic, one you may want to go without since they can also give you away.

Some players choose to use the Boundless skin since it can be customized to be a solid color and cover the character’s entire body. The superhero set comes back to the shop fairly regularly, so it may be worth grabbing before Epic bans the cosmetic in competitive games.

Fight for skill, survive for Hype

Another tip is to fight every player you see. You may have to take some losses at first, but this is the best way to earn Hype and get better at the game. As you get better at eliminating other players, you’ll see your Hype score continue to climb.

If you’d rather just farm Hype, then you can get far in the match by just surviving to be in the top 25, 15, and five to score a fair share. This method won’t give you enough to be useful in higher Divisions, but at the start, it will provide you with plenty.

Late Game Arena will make you a better fighter

Fortnite recently re-added the Late Game Arena, a special game mode that allows players to play the most chaotic moments of the battle royale over and over again. Because this game mode allows you to take on a bunch of players in a small area, it’s a great way to practice your fighting. In this game mode, fighting is all you’ll do.

You’ll get better at fighting in this game mode because you either do that, or you die over and over again. Instead, you’ll learn how to prioritize which loot to grab and get used to fighting in close and tense settings. Since it’s been added back, players can even rank up in the Arena.