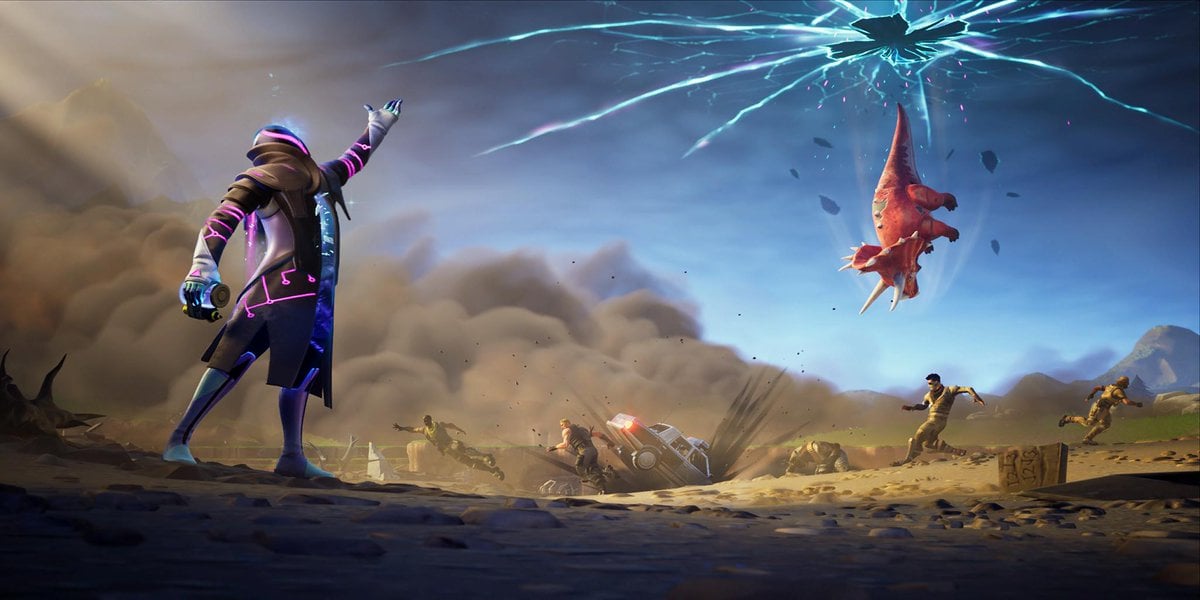 The Junk Storm challenges are bringing more than trash to Fortnite: Battle Royale.

When you open the loading screen, you’ll see one of the Fortnite characters using the new Junk Rift item. There’s a stone on the ground to the right of the loading screen where you can see I2, I3, J2, and J3 carved on it. Based on similar hints that Epic has given players through loading screens, these four coordinates indicate an intersection between these squares on the Fortnite island.

That intersection is northeast of Sunny Steps, in the northeast corner of the island.

To see this Battle Star, you must also check if you’re playing in a game mode that’s not Playground. Since this is a sandbox mode, Epic doesn’t allow players to progress through any challenges while playing it, and that includes the secret challenge of grabbing this Battle Star.

The Battle Star should be on the hill next to Sunny Steps. Once you get there, you’ll hear the sound of the Battle Star and see it popping up when you get close enough. Just interact with it and you’ll earn a free Battle Pass tier when you leave that match.

Some players have reported not receiving the reward if they just leave the match without playing it. If you want to be safe, you can either continue playing normally until you die or just eliminate yourself through damage by falling into the sea.