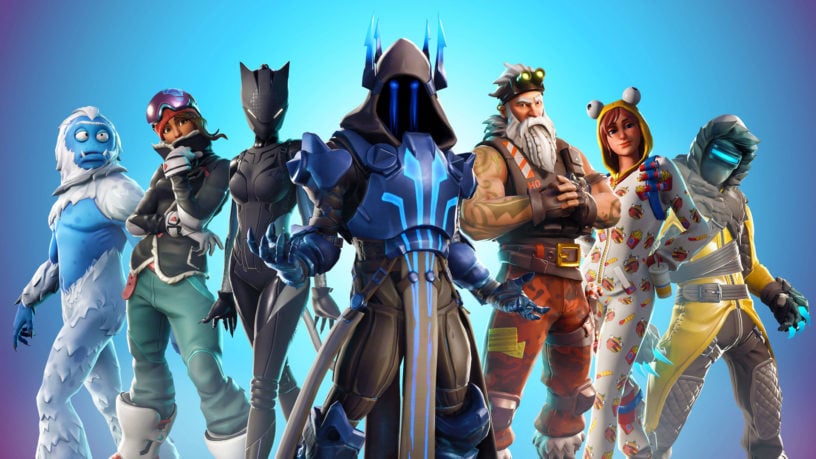 Cross and yzbeats ignored Epic’s recent alleged threats of banning, DMCA takedowns on YouTube, and lawsuits against Fortnite players who mess with the game files to leak content in their social media accounts or websites.

The two leakers have found and revealed new winter-themed character skins after today’s 7.10 update. They could be coming to Fortnite: Battle Royale at any moment, as previous leaks have been proven correct.

That’s mostly good news for players who are eager to see the new skins that could be coming as part of the new Christmas event 14 Days of Fortnite.

Most of the new character skins are frozen versions of outfits that are already in the game. Legendary outfit Winter Raven is coming with its Frozen Iron Cage back bling. Frozen Love Ranger with his Frozen Wings are also another set that could come soon. A frozen version of the Red or Black Knight wraps up this ice-cold list.

Other less chilling cosmetics should be on their way to the game. A character with a red robe named only “Shadow” looks like part of a new set with Shadow Wings. A female outfit looking like a Christmas elf was also hidden in the game files and would fit perfectly this update’s theme.

If the leaks are confirmed, we should see the cosmetic outfits and sets being added to Fortnite: Battle Royale’s Item Shop in the next couple of days as part of the 14 Days of Fortnite. Players eager to grab one of these skins should save their V-Bucks a bit until these are confirmed.