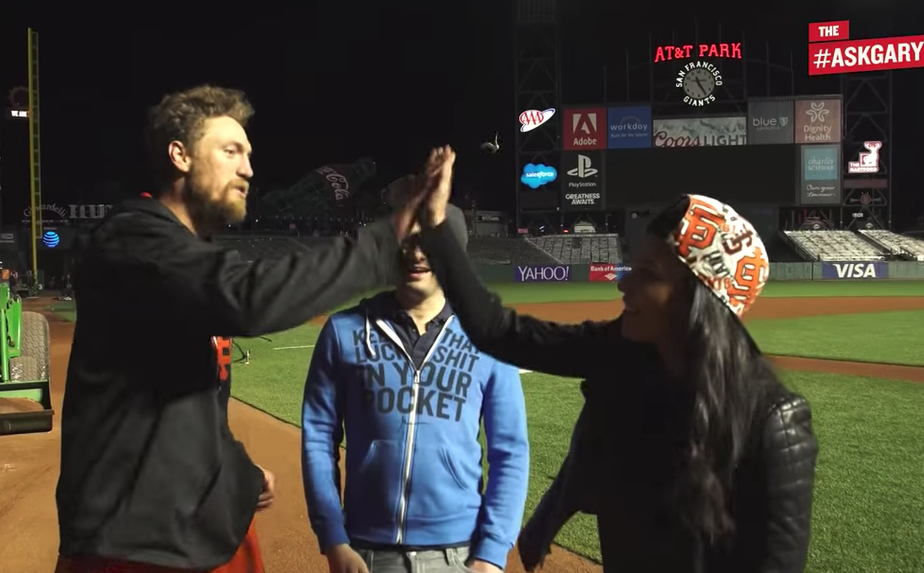 A MLB star and his wife may be soon open an esports coffee shop.

“I love Twitch streaming and I love tournaments,” two-time World Series winner Hunter Pence said in an interview with Gary Vaynerchuk. “We’re hoping to run tournaments, and we’re going to be opening a coffee shop that’s going to be for board games [and such].”

Their plan is inspired by their love for gaming and also by the many cities they’ve visited “in the baseball world”.

Pence is a two-time World Series champion outfielder for the San Francisco Giants. His wife, Alexis, moves around the country with him as he plays America’s favorite pastime. Alexis is an avid YouTube vlogger and Twitch streamer of Super Smash Bros., and Hunter is also a passionate streamer when he’s not on the diamond.

The couple pronounced their love for gaming when they prefaced their Q&A session with Vaynerchuk. The first half of their interview was spent discussing video games and other games such as Magic: The Gathering.

Hunter and Alexis had very similar thoughts regarding professional sports and its place in our media-based culture.

“I think esports is going to be just as big of a competitor, if not bigger, to baseball, football and other mainstream sports that we know now,” Alexis said.

Hunter nodded in agreement, noting that livestreaming capabilities would be a huge factor in growth. “Your phones are the new TV,” he said.

Pence isn’t the first baseball player to get his feet wet in esports. Trevor May of the Minnesota Twins streams Overwatch for Luminosity Gaming during the offseason. May is actually on the disabled list due to an injured elbow ligament, so he may have some free time before returning to the mound for the Twins.

Like Trevor May, the Pences may have to find time in their busy baseball schedule before handling their esports ventures.