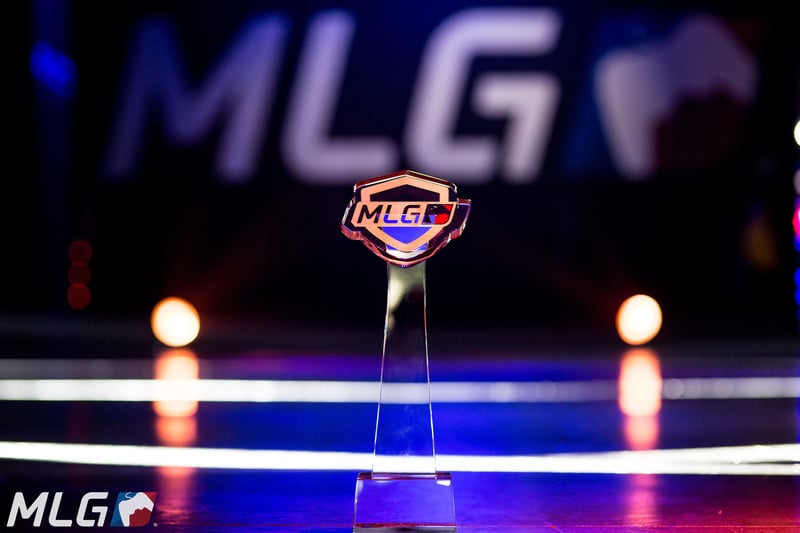 The next open event of the Call of Duty World League season is quickly approaching, as the CWL New Orleans Open kicks off on Jan. 12 at the Ernest N. Morial Convention Center in New Orleans, Louisiana.

With 256 team passes being sold, the tournament is expected to be the largest Call of Duty event in history, even beating out the season-opening event in December, the CWL Dallas Open. All but 16 of those teams will have to fight through the always-tough open bracket. The 16 pool play teams were determined through CWL pro points, which were earned through GameBattles matches, weekly online CWL 2K tournaments, and CWL Dallas.

Pool play teams were taken from the three major CWL regions: North America, Europe, and Asia-Pacific. The 16-team group stage will be comprised of the top 10 teams in the pro points standings in NA, the top five in EU, and the top APAC team.

Unlike the open bracket where teams were seeded based off their pro points total, pool play seeds were determined by a random draw. The only teams not included in the draw were the top three NA teams and the top EU team, who were all first seeds in their respective groups. These are the pools for the CWL New Orleans Open, and the roster for each team.

The open bracket will have some noteworthy teams in New Orleans, just like in Dallas a month ago. Dallas pool play teams such as Evil Geniuses and Ghost Gaming have since fallen out of the NA’s top 10 and will have to play in the massive open bracket to even have a shot at qualifying for the championship bracket.

For the majority of open bracket play, teams will play best-of-three series. When teams reach the final rounds of the bracket, all series will be best-of-five—a much preferred format among the majority of pro players.

The four teams that survive the open bracket without a loss will be slotted into one of the four pool play groups for round-robin play. In addition to the four undefeated teams, the final four one-loss teams in the open bracket will advance to the first round of the championship losers bracket.

There are three different game modes in the CWL for WWII. The first in every series is Hardpoint, where teams earn points by occupying a designated area on the map when the other team is not. Each area lasts for one minute before switching. Teams can win by reaching 250 points first or reaching the 10-minute time limit with more points. The maps played for Hardpoint are Ardennes Forest, Gibraltar, London Docks, and Sainte Marie du Mont.

The next and most popular game mode is Search and Destroy, which is very similar to Counter-Strike. Each player gets one life in each round while one team tries to plant a bomb at one of the two bomb sites. Offensive teams can win the round by killing all of the opposing players or having a planted bomb detonate. Defensive teams can win the round if they kill the entire opposing team, but they also can win if they defuse a planted bomb. The game mode is played in a best-of-11 series in competitive, so the first team to win six rounds is the victor. Four maps are played for Search and Destroy: Ardennes Forest, London Docks, Sainte Marie du Mont, and USS Texas.

The final game mode is Capture the Flag, a classic first-person-shooter gametype. Teams can gain points by grabbing their opponent’s flag and returning it to their own base across the map. Ardennes Forest, Flak Tower, and London Docks are the three maps played for CTF.

Just like other Call of Duty World League open events for WWII, CWL New Orleans will feature a $200,000 prize pool. But the money isn’t the only thing on the line. A large amount of pro points is also at stake, with the winning team receiving 100,000 points and every player placing within the top 64 receiving a minimum of 1,000 CWL pro points.

The favorite for this tournament is Team Kaliber. TK took down OpTic Gaming, the defending Call of Duty World League Championship winners at the CWL Dallas Open en route to the first major title in the organization’s history. Their roster features some of the most talented and exciting players in the world, including CWL Dallas MVP, Accuracy.

Five other teams to watch out for are Splyce, OpTic Gaming, Luminosity, eUnited, and FaZe Clan. All are dangerous teams with a lot of experience and skill. But with only one major event in the books, numerous roster changes, and an always-changing meta, it’s tough to predict who takes home the New Orleans title. Although Team Kaliber has been the most consistent team, they were defeated by Rise Nation in the finals of the Dec. 30 CWL 2K, so anything can happen.

Although there are many storylines heading into CWL New Orleans, such as the bounce back of the defending world champs OpTic, the biggest one is the implications that the event holds for the CWL Pro League, which begins on Jan. 23.

The top 16 teams in pro points (10 NA, five EU, one APAC) after the event will qualify for Stage One of the CWL Pro League, a $700,000 offline competition which lasts two and a half months.

Teams such as tK, OpTic, and Splyce are locked into spots in the league, but the same can’t be said for the likes of Enigma6, Ground Zero, and most of the other teams near the bottom of their region.

With thousands of pro points on the line, a great showing in New Orleans by a team just outside of the pool play cutoff could throw off the entire pro points standings.

The broadcast will begin at 3pm ET on Friday, Jan. 12. Saturday has the same start time, while Sunday’s action kicks off at 11am ET. All games can be found on MLG.tv, as well as Twitch.

The Alpha and Bravo streams will have games being commentated, but the Charlie stream will just showcase gameplay of one of the ongoing games with no overlay or commentary.

We will update this article when a full schedule of games has been released.