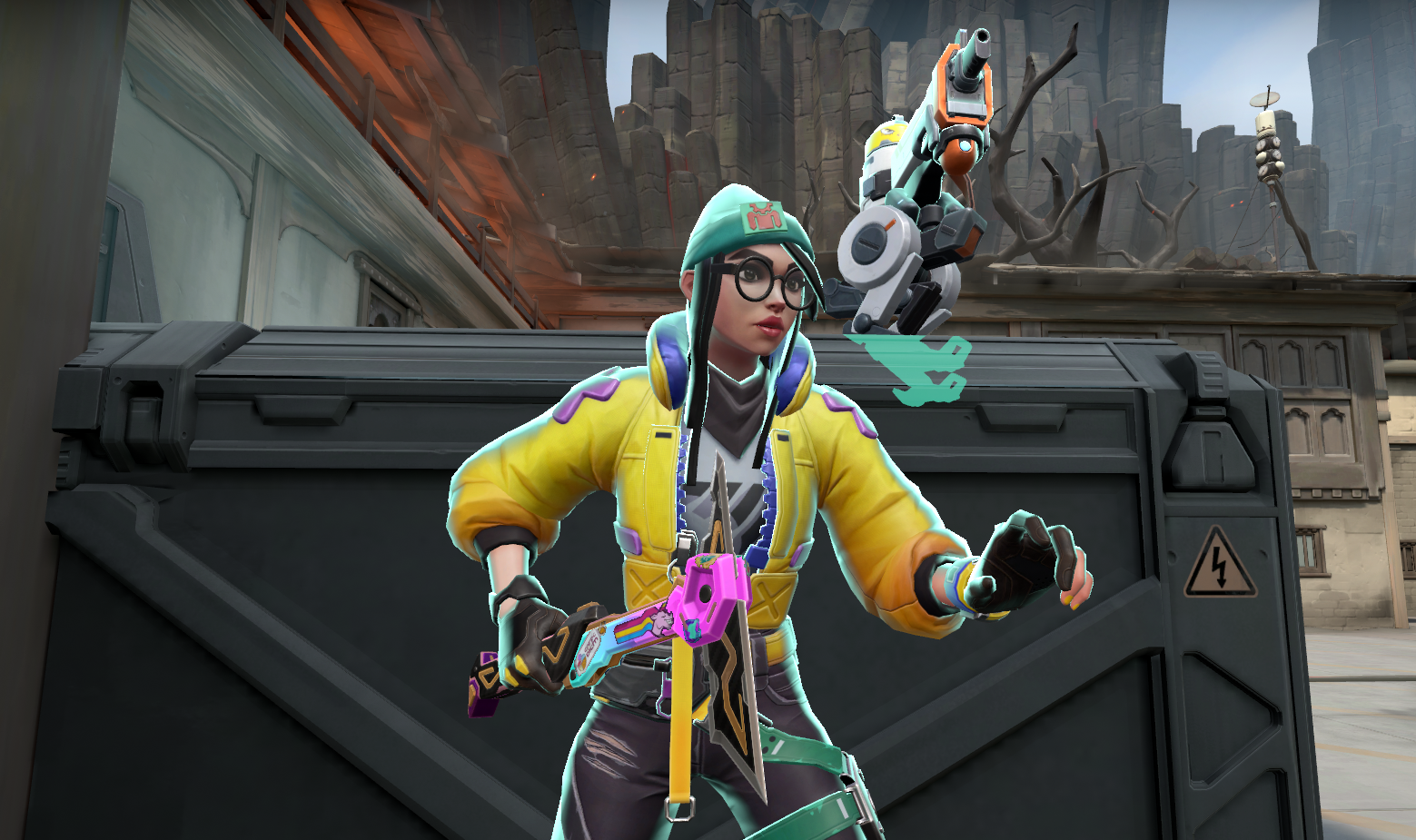 Whether it’s a dagger, an axe, or even a fan, Riot’s skin team has designed a wide array of unique melee skins. When wielding gun cosmetics, players only get to see them in rounds that they’re able to buy them. Melee skins, on the other hand, are used throughout the entirety of a match. And with so much time spent spamming the 1 and 3 keys, players need to pick up the perfect melee cosmetic.

Here are the best melee skins in VALORANT.

There’s nothing better than having the power of dragons at your fingertips.

The Elderflame Collection, VALORANT’s first-and-only Ultra Edition skin line, lets players wield dragon-inspired weapons. While the gun skins can sometimes be a bit distracting, the Elderflame Dagger is damn near perfect. When equipping it, agents flip the dagger while flame and embers trail the blade. And the hilt features bright-orange talons and dragon scales, a badass design for a badass skin. The Ultra Edition price tag is hefty, but the Elderflame Dagger’s distinct look is a must-buy for fantasy enthusiasts.

The Oni Claw really helps you sink your teeth into VALORANT.

The Oni Claw pays homage to Japanese folklore and was the first of its kind, setting the bar high for any similar melees that come after (talking to you, Ion Energy Sword). Sporting a demon-like ogre for its aesthetic, players use two long fangs to deal fatal damage to enemies. And upgrading the melee weapon unleashes a green spiritual aura that forms alluring trails in the air with each swing. Oni has a beautifully eerie thematic that might be niche but definitely delivers.

The BlastX Knife isn’t flashy, but it gets the job done.

Toy Story fans would enjoy the BlastX Knife, whose base variant uses a similar pallet to Buzz Lightyear. While the cosmetic might play on the children’s toy theme, it’s not suitable for all ages. The BlastX Knife’s equip animation is clean. Agents use a lever to let the blade out of the hilt. And it’s one of four melee weapons that have multiple variants, along with Magepunk, Ego, and Winterwunderland, giving players plenty of cool options. Fans who want a simple design that delivers thematically will love BlastX.

The Celestial Fan is, without a doubt, the best melee skin to use on a hot summer day.

The Celestial Collection was created to celebrate the Lunar New Year, with the fan featuring an ox on the gold handle. The inside of the fan presents a majestic scene of clouds, mountains, and the sun. Its equip animation is top-tier, with a unique sound as the fan flutters in the wind. And when you press the inspect key while the melee is out, your agent literally starts fanning themselves. While it’s unclear how much damage a fan can do in battle, at least it’ll keep you cool.

VALORANT is home to several axes, but none are as spectacular as the Glitchpop Axe.

Glitchpop’s cyberpunk aesthetic is fun and entertaining, using neon hues and holograms to capture players’ attention. After flipping the axe open, the blades rise on their own in one smooth motion. And swinging the axe leaves behind a bright trail. With numerous cool stickers and a clean black-and-gold hilt, the Glitchpop Axe delivers a little something for everyone.