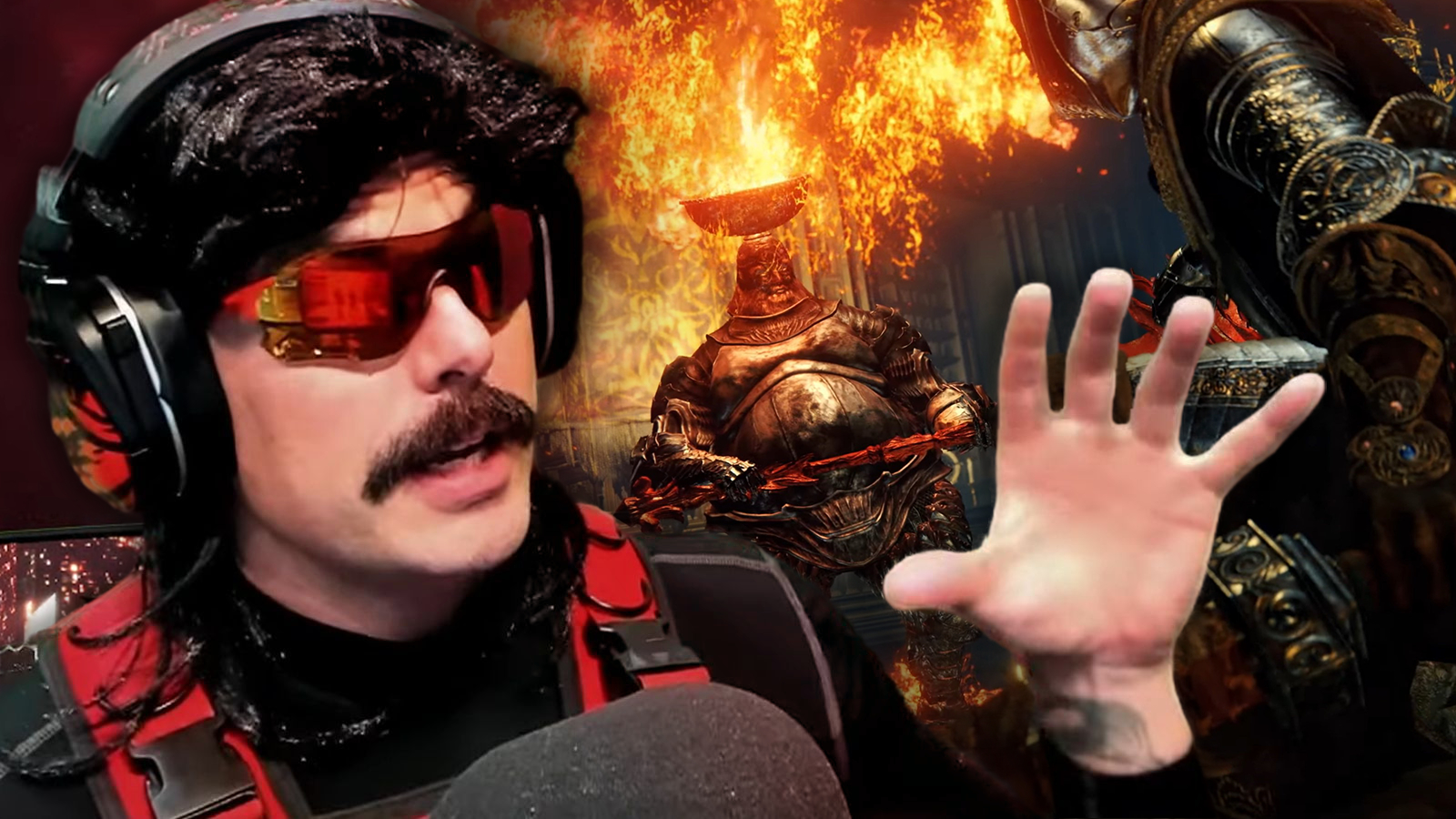 Dr Disrespect has dubbed Elden Ring a “6/10 game” after his adventures in the Lands Between this week, claiming the immense hype surrounding FromSoftware’s new Soulslike title is undeserved and overblown.

“People are having fun… but not me,” he said on Monday. “It’s hovering at maybe a six, for me, out of ten. It’s not interesting enough. For me, no. It just feels so boring.”

The two-time was swept up in the growing Elden Ring hype this week, streaming the Soulslike successor several times on YouTube since its release. Unlike many exploring the Lands Between, however, Dr Disrespect has not been wowed by the latest Souls entry, dubbing it “unathletic” and boring in a Feb. 28 stream.

One major sticking point for the YouTuber is Elden Ring’s lock-on feature, which was implemented to streamline combat. According to the two-time, FromSoftware made a “huge mistake” railroading gamers into a certain style of play. “The controls of the game are a huge yikes for me,” he explained. “It feels like I’m playing NBA2k19. Smash, roll, duck, cut, back up, heal… it’s so boring. Clunky.”

The Doc pointed to a similar game, Star Wars Jedi: Fallen Order, as the same mechanics done right. “Those controls felt dialed in. You don’t feel free in Elden Ring.”

The two-time’s aversion to Elden Ring is a bit of an anomaly in the wider gaming world this past week too. The new FromSoftware title has stormed to the top of Steam charts and Twitch streaming metrics alike and scored near-universal praise from a bevy of gaming critics to boot.

The YouTuber⁠—who mainly sticks to Warzone, Apex Legends, and Escape from Tarkov these days⁠—did acknowledge that “lots of people are having fun” with the game, but repetitive claimed it just simply isn’t for him.

“I’m just not interested enough to sit here for hours [playing]. Go find a rare fucking sword, upgrade abilities, health. I get what you’re supposed to do, and it’s uninteresting.”

Dr Disrespect has been giving Elden Ring another chance, most recently playing another stint on March 1, but his general verdict is that after the “overblown” hype boils off, he won’t be returning to the Lands Between any time soon.

“I’m sure if you got into Dark Souls early, got used to the controls, I can see you absolutely loving this game. It’s probably your dream game. That’s cool, but it’s not for me.”