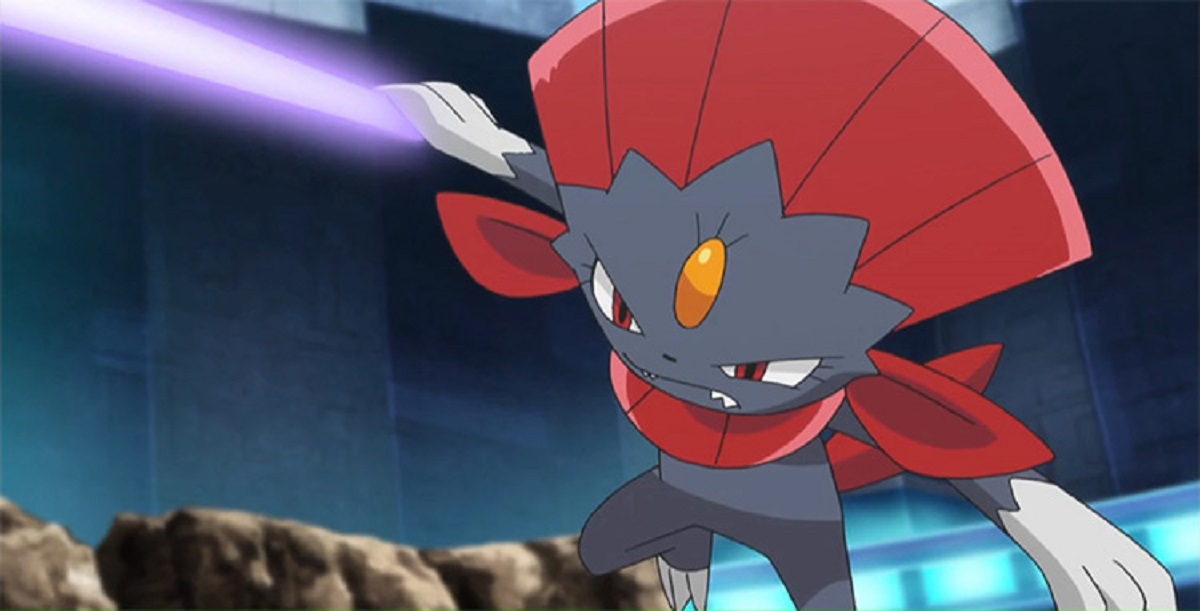 Dark-type Pokémon are often misunderstood. These Pokémon aren’t necessarily made of darkness or possess the ability to create and control darkness like other types do with their respective elements, such as Water or Fire types. The Dark type in a Pokémon, instead, denotes underhanded and sneaky battle tactics, or the quality of being evil.

Here are 10 of the best Dark-type Pokémon of all time, ranked from 10th best to best of all time.

List of the best Dark-type Pokémon of all time

We all have one core memory while playing the Generation III games: coming across the rare Absol and immediately wanting it on our team. It looks cool and has a fancy horn on its head, what more reason do you need to get one?

Known as the Disaster Pokémon, Absol is highly misunderstood. Rather than causing disasters, Absol detects them using that fancy horn extending from its head, preventing them from occurring. Apart from its altruistic tendencies, Absol is also said to emit an aura so frightening that it kills fainthearted people that come across it.

Absol also gets a sick Mega Evolution, bumping up its cool factor twofold. It’s a shame that it doesn’t do much for its competitive viability, though.

Generation II brought a few changes and additions to the franchise, one of these being the Dark type. With it, came a bunch of cool Dark-type Pokémon, such as the bad doggo, Houndoom.

Having a Fire type on your team was a staple for many players that played through the main series games, and the fact that the scary little pupper, Houndour, was available at such an early stage in Pokémon Gold and Pokémon Silver made our job at deciding much easier, simply because of its epic primary typing in Dark, as well as the fact that it evolved into an even cooler sinister dog.

Houndoom also possesses a Mega Evolution that sees it grow a freakin’ exoskeleton, making it look like a straight-up spawn of Satan.

Like we said, Generation II released a lot of cool Dark-type Pokémon, even giving fans a Dark-type Eeveelution. Umbreon was immediately well-received from fans since it has a sleek and pleasing design, it was a part of the brand-new Dark-type, and due to the fact that it’s an Eeveelution.

Umbreon was also memorable during the early seasons of the anime, with Gary having a super cool and dependable Umbreon that he flexed often during battles. It’s your beloved Eevee turned edgy and cool, and there were few that didn’t like that offer.

Umbreon has also seen some high-level play in the competitive scene of Pokémon, even reaching the finals of the 2019 World Championships.

Being an Ultra Beast automatically makes a Pokémon cool, especially if it looks like a massive black hole that can consume anything and everything in its way.

No, seriously, Guzzlord is designed after the concept of a black hole. It is even said researchers have never found its droppings despite the fact that it never stops eating, which alludes to the characteristic of black holes consuming everything around them without leaving any remains.

Guzzlord possesses two extra mouths as its tongues, with a gigantic body that eclipses everything around it. While Guzzlord are extremely rare and an alien to the normal Pokémon world, it is extremely common in the world it came from. Thank Arceus for that.

There’s nothing that isn’t amazing about a ninja frog. Greninja is agile and quick, and will swiftly take you down using compressed water, usually in the form of throwing stars. This alone is enough to have it be among the best Starters of all time, let alone Dark-type Pokémon.

But what makes Greninja amazing is how unique it is in the main series games. Greninja possesses the hidden ability Protean, which lets it change its type based on the move it’s about to use, making way for intricate battling strategies.

It also possesses the ability Battle Bond, which lets it undergo its own kind of Mega Evolution and turn it into Ash-Greninja after it makes an opponent faint in battle, increasing its stats as well as changing how its signature move Water Shuriken works. Ash certainly lucked out by choosing this Starter.

One part of the Aura trio, Yveltal is the mascot Legendary for Pokémon X and is known as the Destruction Pokémon. Yveltal keeps the balance of the life cycle intact with Xerneas, as Xerneas promotes life and growth while Yveltal takes away, causing destruction when the time is necessary.

Apart from having draconic traits in its design, Yveltal is partly based on a blind eagle in its concept, which is the reason it possesses bright blue eyes. This heavily suggests that Yveltal is blind as well, which is a big plus in our books since everybody knows that being super strong while not having the ability to see makes you uber cool. Daredevil fans can attest to that.

Yveltal has also been a staple in competitive play and is currently seeing a lot of usage in Series 12 VGC, making it not only thematically and visually beautiful, but also practical in-game as well.

One half of the Lunar duo, Darkrai is a Mythical Pokémon shrouded in mystery. With a kickass design, Darkrai was already a fan favorite when revealed during Generation IV, when it was released. Darkrai possesses a dark, wispy body, seemingly without legs, but can creepily create thin appendages from the bottom of its body, making it appear very Slenderman-esque.

But the most unsettling part about Darkrai is the fact that it “inhabits” peoples’ dreams, causing them to have unending nightmares. It is also said that Darkrai doesn’t necessarily give its targets nightmares out of malice, but rather out of self-defense.

Darkrai was also incredibly powerful in the competitive scene of Pokémon, even getting banned at one point, with its signature move ‘Dark Void’ getting heavily nerfed in the years to come.

Zoroark has a great design and color scheme, but apart from its visuals, the main reason Zoroark takes this spot in our list is because of the concept behind the Pokémon.

Being the Illusion Fox Pokémon, Zoroark is said to create illusions that are indistinguishable from reality. Not only is it able to transform itself into other Pokémon, humans, and objects through its illusions, but it is also able to change the appearance of landscapes. It does this to mainly hide its territory in forests and protect its den.

Zoroark is a reminder that not all Dark-type Pokémon are evil. This Pokémon is said to use everything in its arsenal, especially its illusory powers, to protect its loved ones, such as its children, fox pack, or trainer. Its in-game ability, Illusion, is also very unique and can be fuel for various fun in-game battle strategies.

Let’s be real, we all wanted a triple-headed dragon that looks like it crawled out from Pokémon hell to exist in the franchise. Hydreigon looks menacing, and you definitely do not want to be anyone other than its trainer, as it is said to viciously attack everything that moves, determining anything as a threat.

Unlike its pre-evolution, Hydreigon is a single entity, despite the fact that it has three heads. The heads on its sides are functionally dead and do not move on their own accord, controlled by Hydreigon’s main head. It is said to ravage entire villages and eat all the food that’s in its sight.

While that does not make Hydreigon the best Pokémon to share a meal with, this pseudo-legendary is one of the scariest, most badass Pokémon to exist.

Some Pokémon do not need an explanation as to why someone thinks they’re cool; you can’t help but agree with them. Tyranitar is one of these Pokémon.

The pseudo-Legendary of Generation II, Tyranitar was a beast of a Pokémon that every player wanted to get their hands on in Pokémon Gold and Pokémon Silver after watching their friend fully evolve their Larvitar that they nonchalantly caught in Mt. Silver.

Taking its inspiration from dinosaurs and large lizards, Tyranitar is unsettling and barbaric, said to be tough to control with its destructive tendencies skyrocketing when in battle. Furthermore, Tyranitar possesses a Mega Evolution that makes this dinosaurian Pokémon even cooler, with large, epic spikes jutting from all over its body and an increased base stat total of 700.

Even though it has a poor defensive dual-typing of Rock/Dark that would make any other Pokémon’s in-game viability drop down the gutter, Tyranitar manages to still be a real threat due to its amazing stat spread, sporting praiseworthy defensive stats that let it comfortably eat super-effective moves. Its ability Sand Stream further boosts its Special Defense by 1.5x, due to virtue of being a Rock-type, while also allowing it to support its team that may have Sandstorm-boosted abilities.

With all this in mind, it would almost be criminal to not have Tyranitar grab the number one spot on our list for the best Dark-type Pokémon of all time.