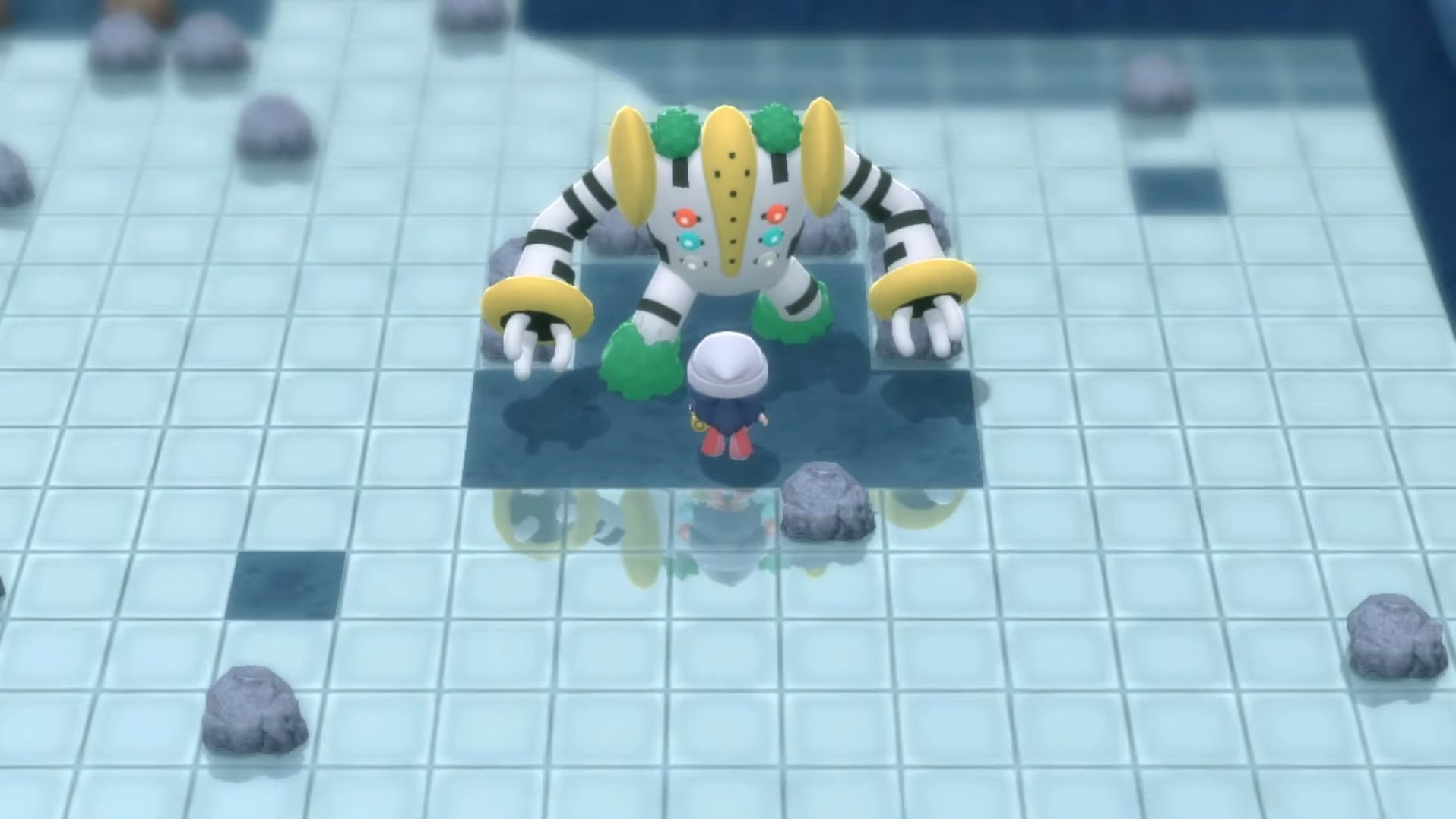 The Pokémon Company has announced a new special distribution for both Pokémon Brilliant Diamond and Shining Pearl and Pokémon Legends: Arceus involving the Legendary Pokémon Regigigas.

The Pokémon is readily available in both BDSP and Legends: Arceus, but this special Regigigas is being used as a way to celebrate Pokémon fans in South Korea getting a theatrical release for the movie Giratina & The Sky Warrior for the first time.

The film was originally released in July 2008 in Japan as the fourth generation of Pokémon was preparing to see the release of its final entry, Pokémon Platinum in September of that year. It featured Shaymin and Giratina in prominent roles alongside Ash Ketchum and other characters featured in the anime. Regigigas made an appearance near the end.

Unfortunately for global fans, this distribution is to celebrate the launch of Giratina & The Sky Warrior in South Korea and is tied to the theatrical release of the movie. This means, just like with similarly limited distributions, you will need to get a code from the movie to gain access.

The distribution will run from June 1 to July 31 and gives players access to a Regigigas at Level 100 with the moves Iron Head, Rock Slide, Icy Wind, and Crush Grip. You can redeem the distribution code for Regigigas in BDSP or Legends: Arceus via Mystery Gift, though you will only be able to use it once.