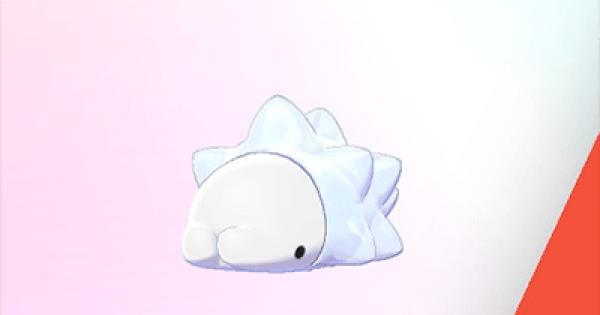 Snom is one of Pokémon Sword and Shield’s cutest new Pokémon, but evolving it into the equally adorable Frosmoth is quite a painful and long process.

Snom is a rare spawn that can be located either in Route 8’s Steamdrift Way or Route 10. It is far easier to find in Route 8 as it appears in the Overworld, rather than in the “!” bushes in Route 10.

Once you find and capture one, that is the easy part out of the way. Now it’s down to the hard part—evolving it.

It doesn’t matter what level your Snom is when it comes to evolving it, as the only thing it cares about is its Happiness Points. You need 220 points for it to evolve.

To increase the Happiness Points of a Pokémon, you will need to have it on your team for a long period of time and make sure it wins battles. You can also level up its Friendship Value by playing with it in the Pokémon Camp and by feeding it Curry.

Once it reaches the Happiness Point value, you’ll then need to wait until it’s nighttime and level it up. If you’ve reached all the criteria needed, it’ll finally evolve.