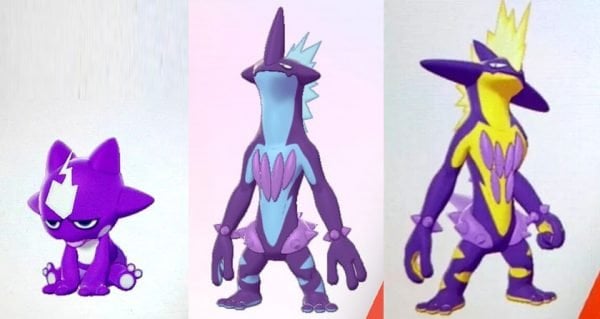 Toxel is one of Sword and Shield’s most popular Pokémon and it isn’t hard to see why. It’s cute, has a great dual typing, and evolves into one of two radical Pokémon when it evolves.

Toxtricity, its evolution, has two forms, each with their own looks, personalities, and stats. Here’s how you can get your Toxel to evolve into the form you want.

To get its Yellow Amped form, the Toxel will need to be either Adamant, Brave, Docile, Hardy, Hasty, Impish, Jolly, Lax, Naive, Naughty, Rash, Quirky, or Sassy Nature when it reaches level 30.

If you change the Nature of the Pokémon through Nature Mints, it won’t affect the Toxtricity evolution. The form is based on its original Nature, so you’ll just have to keep catching Toxels until you get the one you want.