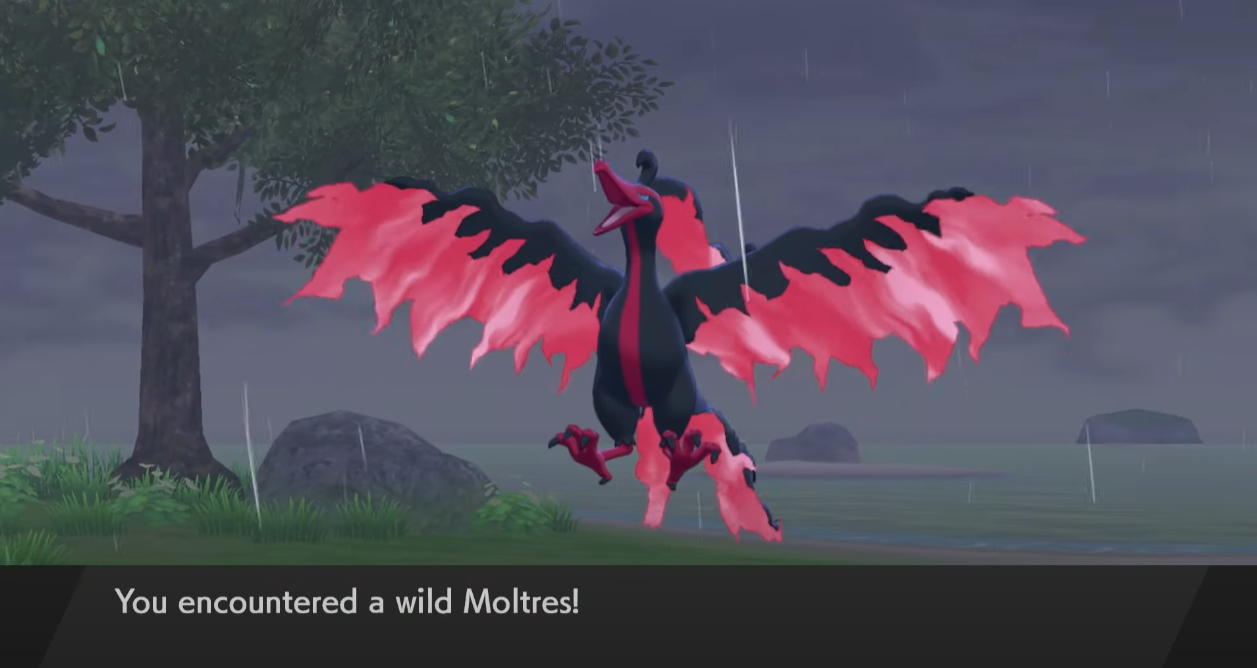 While legendary Pokémon are all over the place in Pokémon Sword and Shield’s The Crown Tundra expansion, there are a few that are slightly more important to the DLC’s story.

Galarian Moltres looks much more dangerous than its Kantonian counterpart, which is saying a lot since it’s a large bird made mostly of fire. And while the fire is still present in this form, Galarian Moltres actually loses its Fire-typing and instead is a Dark/Flying-type.

All three of the Galarian Bird Trio are technically static encounters, but you won’t just walk up and challenge them like a normal legendary battle. Instead, once you get through the cutscene of the three legends fighting around the giant tree in The Crown Tundra, the trio will break off and head to one of the three different Wild Areas that are now available to travel across.

Galarian Moltres will soar away to the Isle of Armor, where you’ll need to chase it down as it glides over the ocean around the island.

You should see the flaming bird right as you exit the Train Station and it’ll start making laps around a portion of the ocean and the island near the dojo. Simply wait for it to approach you and it’ll attack you itself, unlike the other two of the trio.

From there, it’s a simple battle. But watch out for its Berserk Ability, which boosts its stats as you battle it.