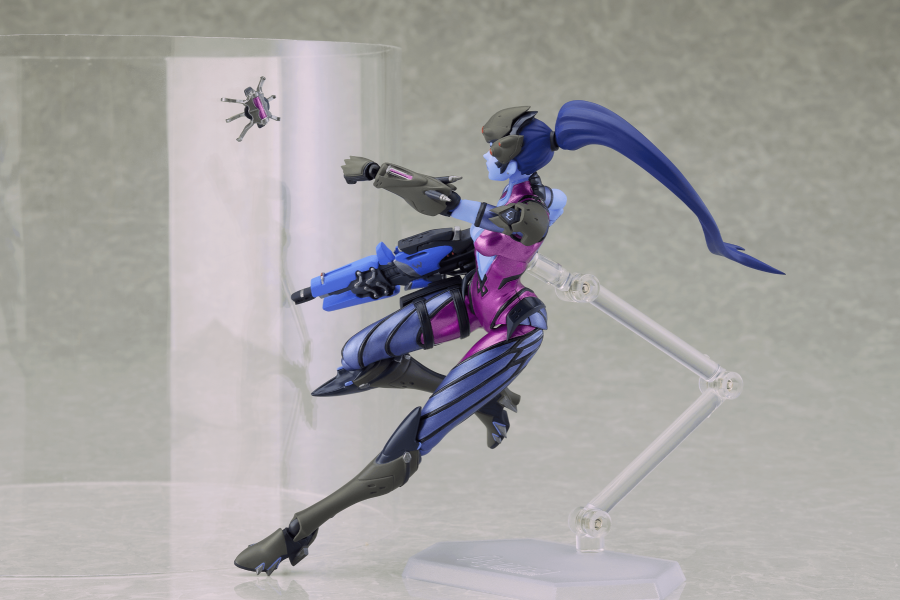 Widowmaker is the next Overwatch hero to get the action figure treatment. The $80 action figure is available for preorder now on the Blizzard Gear store. Posable joints make Widowmaker super bendy, allowing for tons of different poses and moves. Figma used special joints as to not compromise her form or posture.

Two faceplates are available: One serious, smoldering glare and the other a concentrated face for sniping. There’s also a closed version of the recon visor. Widowmaker’s sniper rifle, called Widow’s Kiss, and a venom mine come with the action figure, as well as a grappling hook and wire, too.

She stands just over six inches tall and will cost $80.

The Figma action figure is expected to ship in the fourth quarter of 2018. Other Figma action figures include Tracer and Genji; Tracer’s already begun shipping, but Genji is still in preorder. Good Smile Company, which produces the Figma line, also makes cute versions of Overwatch heroes more akin to Funko Pop! toys.