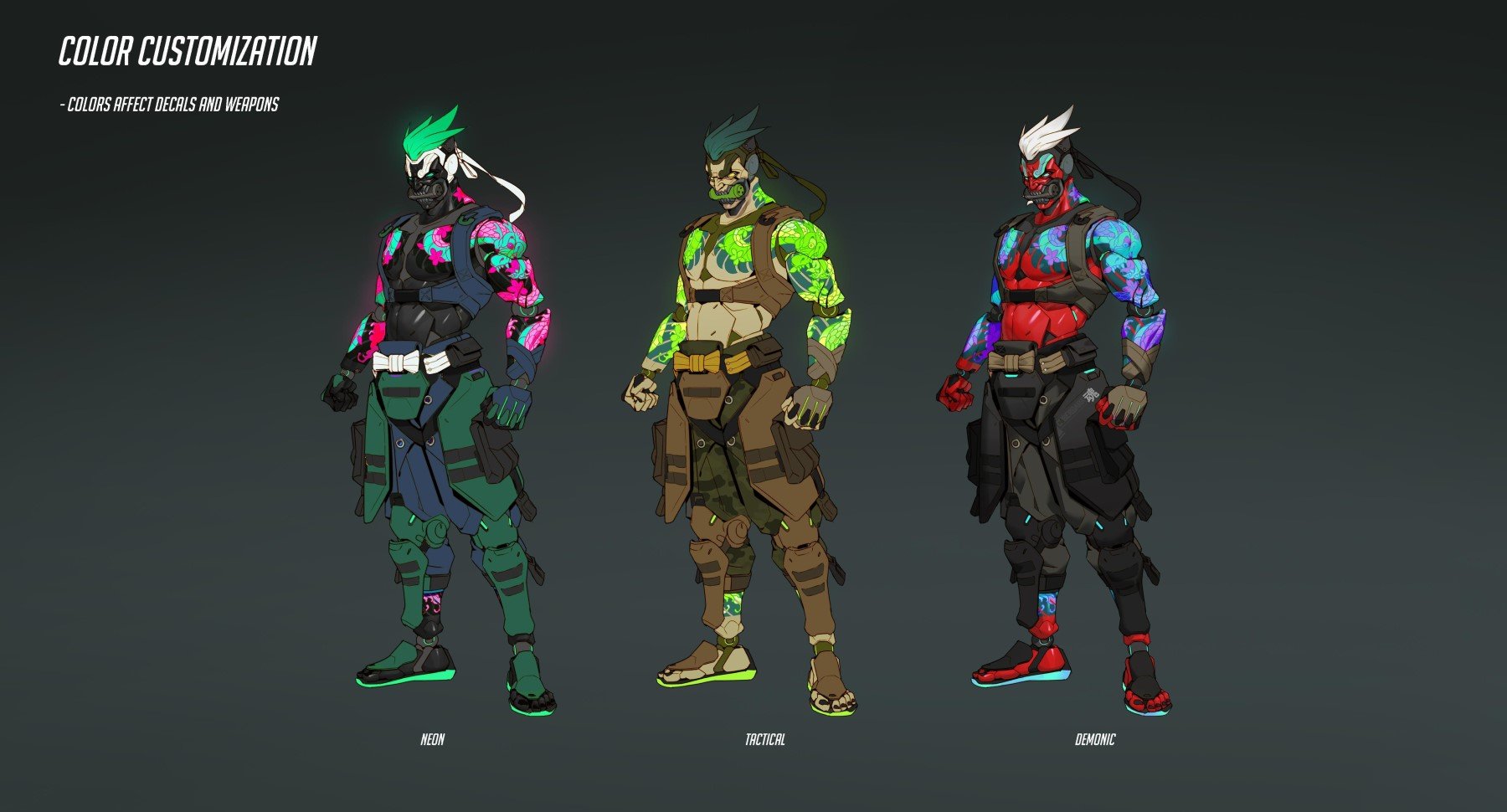 The Oct. 4 release of Overwatch 2 is bringing with it new heroes, maps, and plenty of new cosmetics for players to collect. Among these cosmetics is a new tier of skins, Mythic skins, set to give players more control over how they customize their heroes.

Mythic skins are a new tier being introduced in the highly-anticipated sequel, rarer than the existing Legendary tier of skins. It’s unclear how Mythic skins will be obtained, though it was revealed that a new Mythic skin will debut with each season.

“We want players to be able to go in there and pick and choose certain pieces meant to be this extra-awesome Legendary skin that you can customize,” lead character concept artist Qiu Fang said in the Overwatch 2 reveal event.

The only Mythic skin revealed thus far is for Genji, which the official Overwatch Twitter has referred to as “Cyber Demon.” Concept art for this skin includes various colors and designs for the overall look of the skin, as well as subtle changes players can make to Genji’s mask and tattoos. More Mythic skins for other heroes are set to be released throughout the various seasons of Overwatch 2.

Players can look forward to experiencing Genji’s new Mythic skin, as well as new heroes and maps, in Overwatch 2 when it’s released on Oct. 4 for Xbox, PlayStation, Nintendo Switch, and PC. Registration for the second beta is currently ongoing for Xbox, PlayStation, and PC players and is set to begin on June 28.