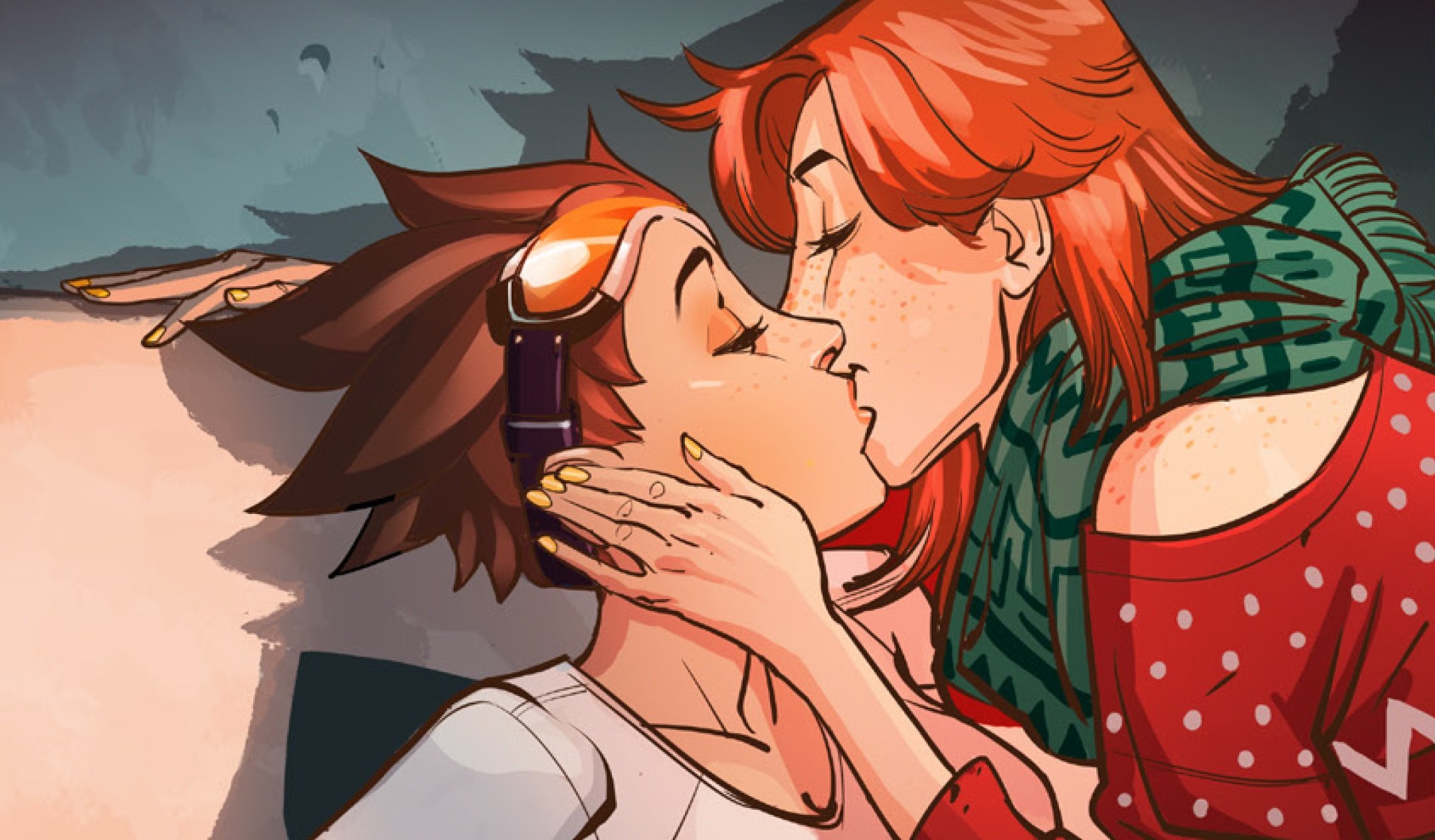 A new 12-page digital comic, Reflections, released today on Blizzard’s website, centers on time-jumping hero Lena “Tracer” Oxton as she speeds through holiday festivities. Blizzard reveals what all of Overwatch‘s heroes are up to for the holidays, but places emphasis on Tracer, her partner Emily, and Winston—all three of which are celebrating together.

Blizzard introduces Tracer’s sexuality with little fanfare—as it should be—showing the hero at home with Emily. It’s a real step forward for LGBTQIA representation in video games, where this sort of visibility is not typical. After all, Tracer is essentially the face of Overwatch, her face donning the cover of the game.

The developer has suggested in the past that that are multiple LGBTQIA heroes within Overwatch‘s lineup, though Tracer is the first to be officially confirmed. Lead Overwatch writer Michael Chu mentioned during his Overwatch session during BlizzCon in November that there are “multiple” queer characters in the game.

“It’s a decision that we make when we’re developing these heroes early on,” Chu added. “We want these stories about characters’ relationships—and not just romantic, but familial relationships and stuff like that—to come out in the course of stories that we feel really do them justice.”

And Tracer’s relationship with Emily—a character outside of the Overwatch crew—appears to be one of those essential familial stories, too. At the end of Reflections, Winston embraces both Tracer and Emily, calling them both family.