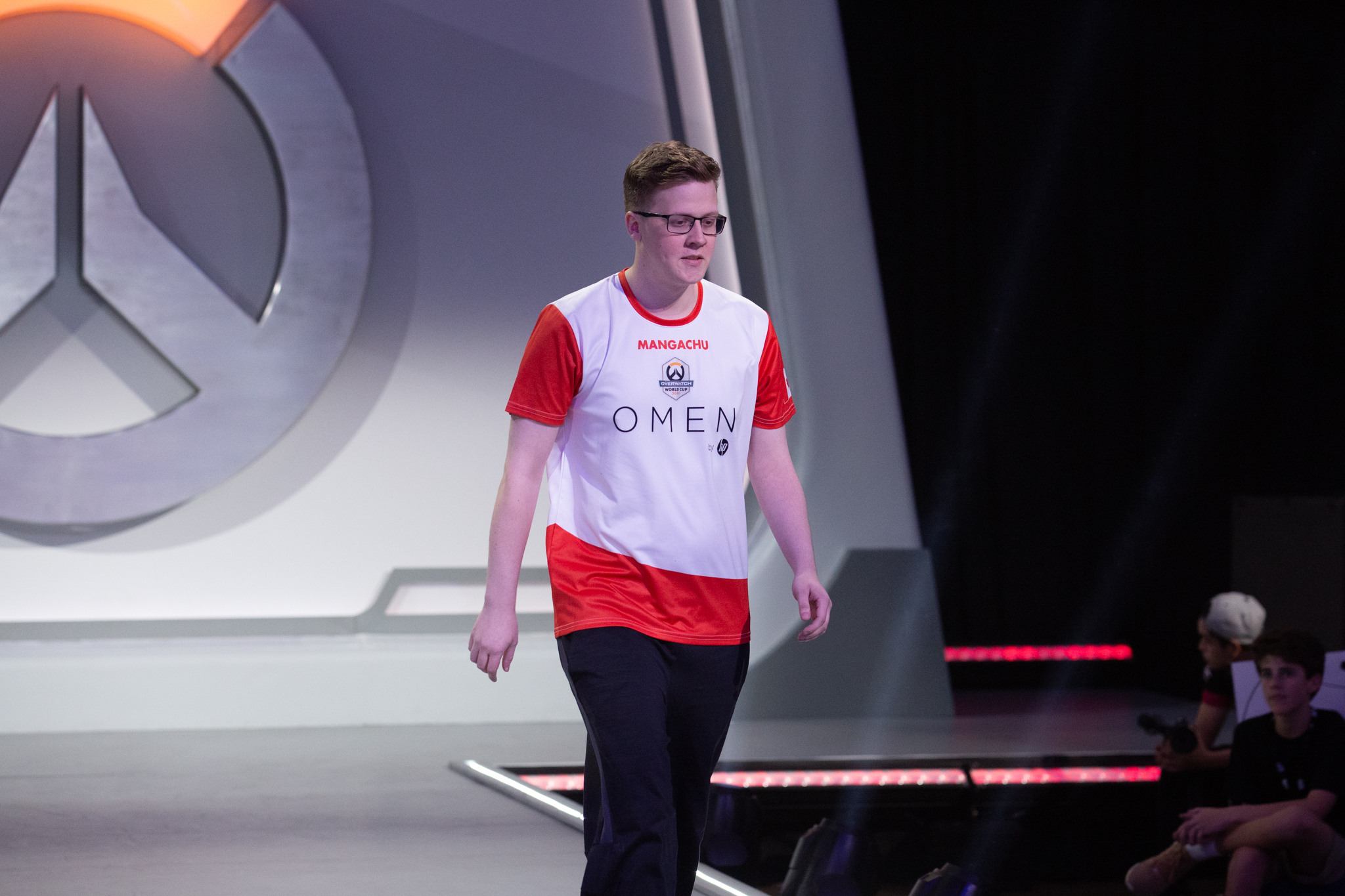 Another veteran player has joined the Overwatch League. The Toronto Defiant signed Liam “Mangachu” Campbell as a flex DPS for their quickly-changing team today. The Defiant also signed Andreas “Logix” Berghmans to the team earlier today, committing to a mixed roster restructure before the start of stage four.

Mangachu has been involved in the competitive Overwatch scene since the game’s inception as an esport in 2016. He was a part of Team Canada in the Overwatch World Cup in both 2017 and 2018. He spent time on XL2 Academy, New York Excelsior’s North American Contenders academy team, before eventually being signed to Mayhem Academy earlier this year. After Mayhem Academy dissolved, Mangachu briefly joined Revival, a team developed by remaining Mayhem Academy players.

“Joining the Overwatch League has kind of been a dream of mine for a very long time,” Mangachu said in a video posted by the Defiant.

The Canadian native has been a favorite for Overwatch League fans when asked what players should be moved up to the big stage. He was looking for a perfect fit, however.

“I think representing one of my local cities, Toronto… everything is perfect for me,” Mangachu said.

The addition of Mangachu and Logix to the Toronto Defiant reinforces the team’s intent to move to a mixed roster. Last month, the Defiant promoted off-tank Daniel “Gods” Graeser and main tank Normund “sharyk” Faterins from their academy team, Montreal Rebellion. Mangachu has previously been teammates with Gods and Logix. This built-in synergy may help the team as the final stage of the Overwatch League looms.

The Toronto Defiant’s next game is against the Los Angeles Gladiators on June 28 at 9:15pm CT.