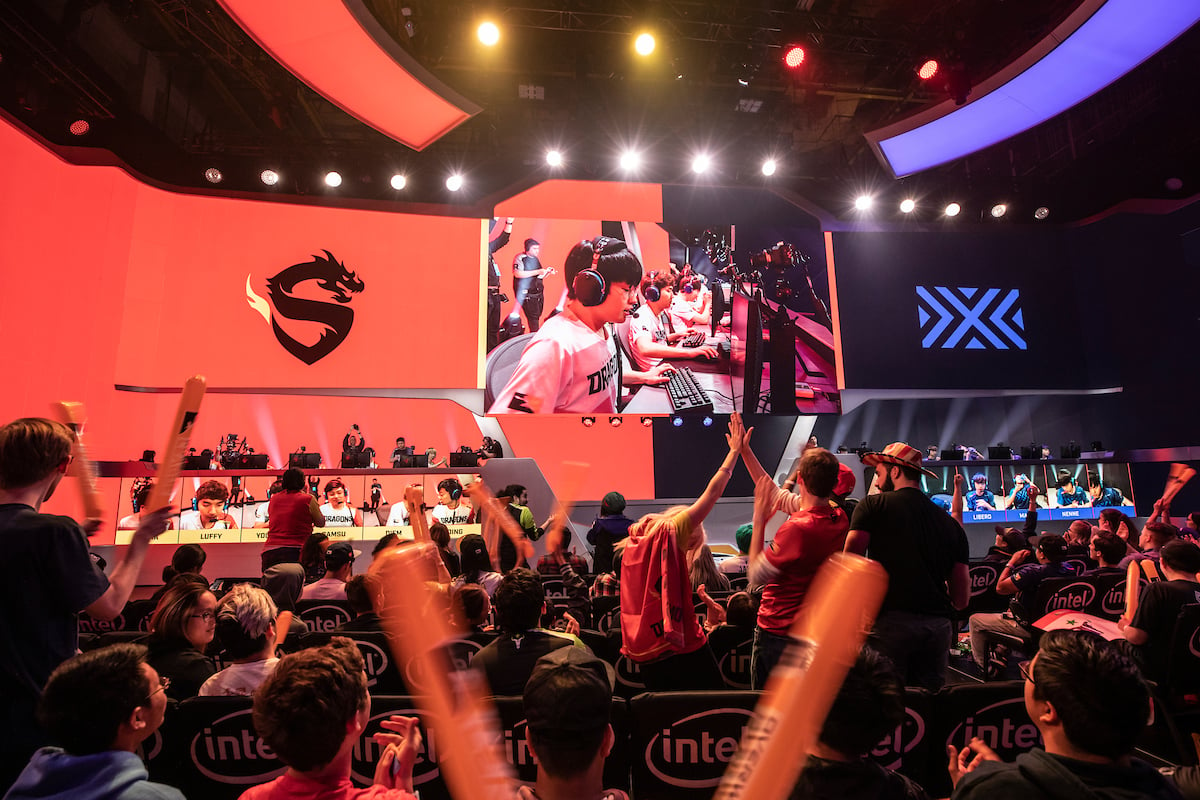 The upsets just keep coming in the Overwatch League stage three playoffs. While stage two champions San Francisco Shock have made it to their third stage final, the Shanghai Dragons defeated stage one champions Vancouver Titans. The teams will compete on July 14 for a $200,000 prize and the glory of a stage championship.

In the first semifinal match, the Shanghai Dragons defeated the Vancouver Titans with a commanding 4-1 scoreline. On first map Ilios, and throughout the entire match, the Dragons’ DPS Yang “DDing” Jin-hyeok used his signature Pharah to demolish the Titans. Vancouver bounced back on the second map to tie up the score at halftime. Despite the tie, many fans and analysts expected the Titans to rally and take the series.

Unfortunately for Vancouver, the rally never quite came. Vancouver were competitive as usual on Control map Volskaya Industries, but something in their ranks dissolved once Shanghai selected Havana. The Dragons full held the Titans, denying them even one point of completion on the Escort map. Shanghai flex support Yang “Luffy” Seong-hyeon’s Ana play consistently stopped the Titans in their tracks.

Vancouver attempted to push the triple-triple composition on Oasis to come back in the series, but the DPS-heavy Dragons took them down. This was, in a way, a redemption arc for some players on the Shanghai Dragons.

Last year, many players on the current Dragons roster were a part of Overwatch Contenders Korea team KongDoo Panthera—nearly everyone on the Vancouver Titans was on RunAway. RunAway took the Contenders championship, but not before KongDoo Panthera pushed them to an eight-map series.

In a post-match interview, Dragons DPS Bae “Diem” Min-seong talked about his team’s ability to rally against the Titans and talked trash to his possible future opponents. “San Francisco Shock has about a 0.01 percent chance of beating the Shanghai Dragons,” Diem said.

In the second semifinal match, the Los Angeles Valiant took on the San Francisco Shock. But the Valiant were unable to get the upset they wanted against the second stage champions.

On first map Oasis, Shock DPS Kim “Rascal” Dong-jun shined on a variety of heroes, from his signature Baptiste to a wily Roadhog. Shock took the map and the Valiant chose Eichenwalde as their Hybrid map. Los Angeles delayed San Francisco into overtime, but the Valiant were unable to complete the map despite huge plays from Brady “Agilities” Girardi.

Valiant selected Volskaya Industries as the Control map. Shock held them from completing both points of the map, but the Valiant made it competitive by holding the Shock from completing the map for nearly four minutes of a six-minute time bank. Jay “Sinatraa” Won played his own version of Mystery Heroes for the Shock, running heroes from Tracer to Reaper. The last map, Havana, showed complete dominance from San Francisco and they took the series 4-0.

The Shanghai Dragons, in their first ever stage grand final, will take on the San Francisco Shock on July 14 at 3pm CT.