The Shanghai Dragons and Los Angeles Valiant are among the four teams vying for the stage championship. 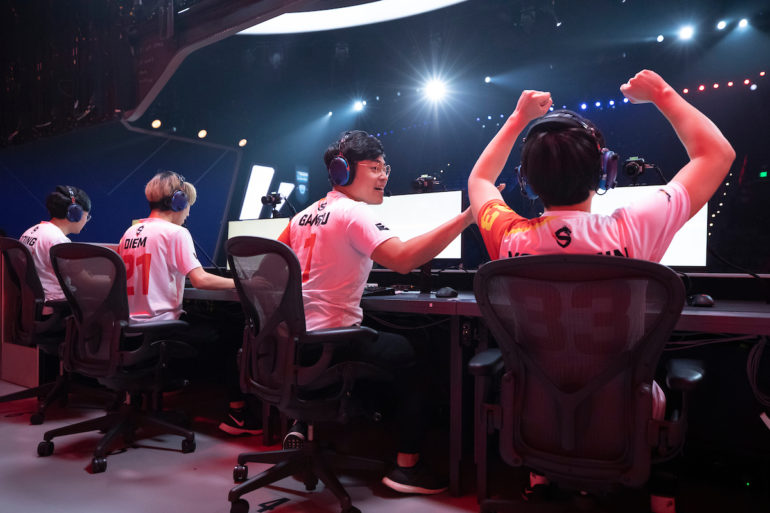 What’s a playoff bracket without a few plot twists? After some quality upsets, the Overwatch League’s third stage semifinals are set. Some familiar faces have made it to the next stage of play along with a few dangerous newcomers. Four teams are now on their way to compete for the $200,000 stage championship.

The Vancouver Titans, winners of the stage one championship, defeated the Houston Outlaws in a 3-0 sweep. While the Outlaws brought out nearly every DPS hero in the game, the Titans were committed to shutting them down at every turn. After being defeated in the second stage championship by the San Francisco Shock, Vancouver are looking to reclaim their crown.

New York Excelsior’s quarterfinal match against the Shanghai Dragons ended in a dramatic upset. The Shanghai Dragons, who are making their second stage playoff appearance, defeated the New York Excelsior 3-1. New York went undefeated during stage three and were the clear frontrunners in the quarterfinal match, but Shanghai were ready for their tank-focused composition. Shanghai move on to the semifinals where they’ll face the Vancouver Titans.

Seoul Dynasty gave the San Francisco Shock a closer quarterfinal match than the latter likely wanted. Seoul’s constantly rotating roster proved to be a problem for the Shock as they stumbled at multiple points. The Dynasty shined on Control and Assault with huge plays from Kim “Fleta” Byung-sun, but the Shock managed to take the match 3-1.

For the final quarterfinal match, the Hangzhou Spark took on the Los Angeles Valiant. Hangzhou’s main tank Xu “Guxue” Qiulin was bloodthirsty as Winston, constantly diving the Valiant’s supports. The Valiant stood up to the Spark’s deep dives and pushed them to a map five on Oasis. Los Angeles handed Hangzhou their first map five loss and made it to the semifinals with a 3-2 score.

Fans should get their late-night coffee ready for the semifinals—these are some late games for the North American crowd. Semifinal games are a first-to-four series and will air on ABC in addition to the usual streaming services, like Twitch and the ESPN app. The Vancouver Titans take on the Shanghai Dragons on July 13 at 9pm CT. The San Francisco Shock face the Los Angeles Valiant immediately after at 12am CT on July 14.