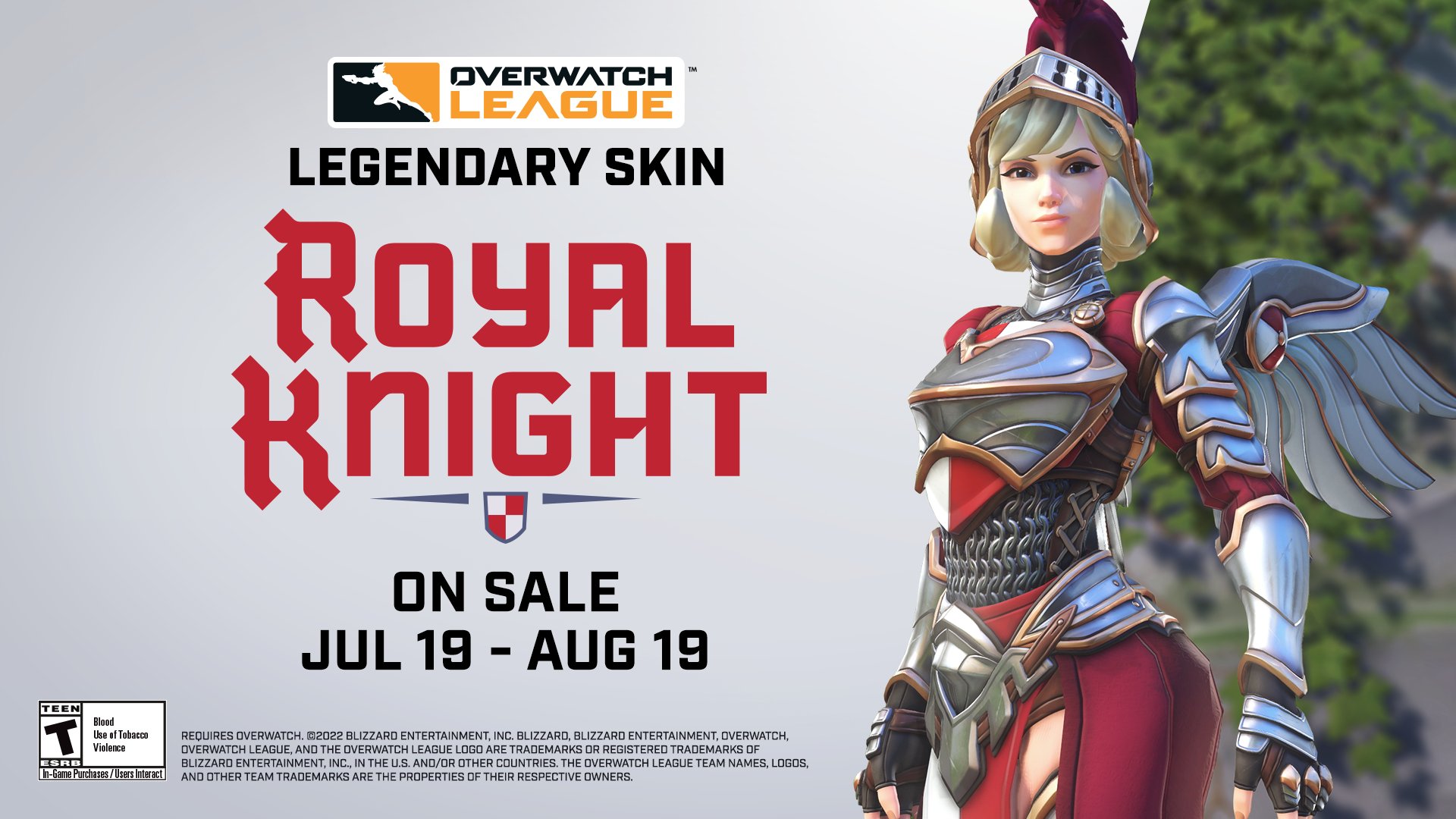 The Overwatch League’s Midseason Madness tournament is well underway, and to celebrate, a graceful support is getting a new skin.

This Mercy skin, yet another OWL-exclusive skin for the support hero, depicts her clad in armor—a major turn from the other skins that the hero currently has available. She also wields a lance instead of her normal staff, though it opens to provide the supportive capabilities she needs to assist her allies. Various flags and shields adorn her armor and weapons akin to those seen in a medieval joust.

“This skin fits well with [Mercy’s] characteristics of helping, protecting, and being a guardian of the people,” concept artist Emily Siu told Blizzard in an OWL blog post.

Similar to the previously-released Luchador Reaper skin celebrating the Kickoff Clash, Royal Knight Mercy will receive an alternate version with a color palette based on the winner of the ongoing Midseason Madness. This remixed skin will be available later this year for 200 OWL tokens, separate from the skin now available in the store.

Players can earn OWL tokens by watching official OWL broadcasts live on YouTube. They must link their Battle.net accounts to YouTube to earn the tokens, which can then be redeemed via the “Overwatch League” tab in Overwatch’s main menu. Royal Knight Mercy will be available to purchase until Aug. 19.