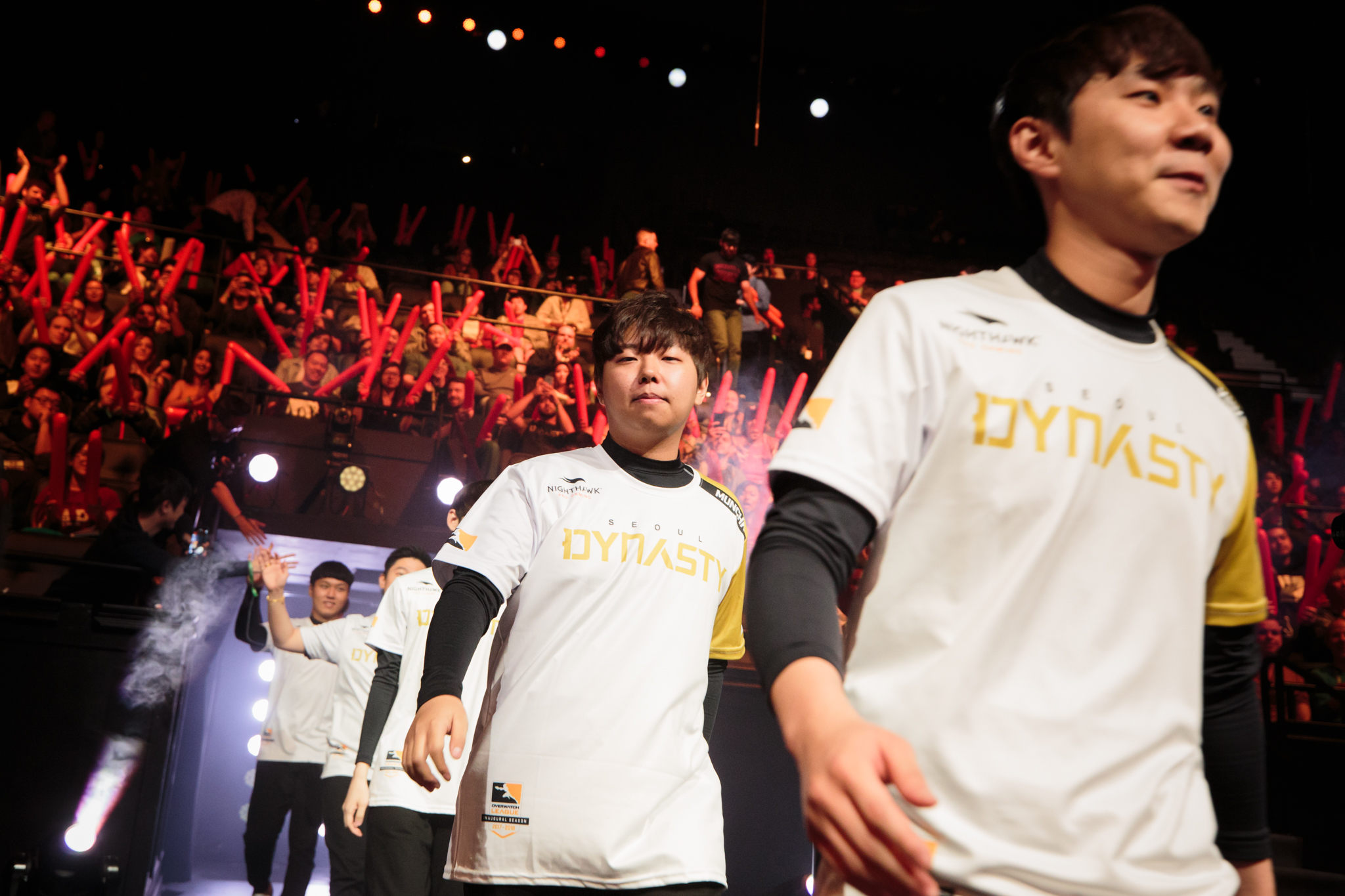 For three weeks, the Houston Outlaws were unstoppable, running a five-game win streak and scoring 18 map victories in a row. Today, that streak finally ended, but barely. The Outlaws took the Seoul Dynasty to the wire in the closest series the Overwatch League has seen so far before falling 3-2.

Not only was the match an exciting one between two of the league’s most talented teams, it also had major implications for the stage one playoffs. The Outlaws were primed to overtake Seoul for a playoff spot with a win today, but the Dynasty narrowly shut them out.

Outlaws entered the series undefeated on Eichenwalde, Horizon, and Junkertown—three of the four maps they’d play against the Dynasty. The Dynasty looked vulnerable after an embarrassing loss to London Spitfire just one day prior.

This was the perfect spot for the Outlaws to make a statement that their win streak against the league’s worst could continue against the league’s best. But they also faced a major obstacle: Their star DPS player, Jiri “LiNkzr” Masalin, couldn’t play due to illness, missing his second match of the week. That meant Matt “Clockwork” Diaz had some big shoes to fill. And while Clockwork performed admirable, he lacked the x-factor that a playmaker like LiNkzr brings to the table.

On Eichenwalde, it was all Houston to start, as their defense held the control point until a last-ditch push by Seoul. But after Kim “Fleta” Byung-sun swapped to McCree, it was all Dynasty. With just over one minute on the clock, they pushed the cart through the entire midsection until they finally stalled just before the final checkpoint. Houston’s attack got off to a fast start, scoring the control point with ease. It’d take a clutch flanking Junkrat tire from Jacob “JAKE” Lyon, killing both Fleta and a Yang “Tobi” Jin-mo on Mercy just after he popped Valkyrie, to clear the midsection. The Outlaws then closed it out with another clutch four kills from JAKE.

That sent the match to Horizon, and Houston got off to another fast start. Their defense held the first point until overtime, as Matt “Coolmatt” Iorio’s D.Va shut down Ryu Je-hong’s Sombra, preventing Seoul from attacking with the usually quick-building ultimate. But Seoul came through in the final seconds, eventually finishing the map. Houston’s offense once again won the first fight with a well-executed distract and dive picking apart Seoul’s standard defense. But attacking the final point proved tougher: Seoul held for seven whole minutes, evening the series.

Two numbers tell the story of Ilios: 3,200 and 1,100. The first is the damage dealt by Fleta as Pharah on the opening point, Lighthouse. The second is Clockwork’s number for the same hero. While Houston came back and made Ruins a close bout, they lacked the playmaking ability someone like Fleta brings to the table, and that was killer on the Control game mode.

Junkertown, though, is a better map for Houston. Despite Fleta opening the map with a ridiculous four-kill spree, Houston stopped Seoul before they could capture the final point, as the combination of their strong tank line and JAKE’s Junkrat proved too tough to break.

On attack, the Outlaws were again unstoppable to start, pushing the cart to the final segment before Dynasty mounted a defense. While they held for a couple minutes, a push-back by another clutch JAKE RIP-tire killed Mercy just after she ulted, secured the win.

That set up the finale: Lijiang Tower.

Sadly for the Outlaws, the map opened with Gardens, where Fleta’s Pharah hit an incredible 49 percent of his rockets as direct hits. For context, a reasonable pro level number is in the 20 to 23 percent range. Outlaws didn’t last long.

They punched back on Night Market. JAKE showed some Tracer heroics, scoring an early one-vs-one kill against Dynasty’s Tracer before throwing a cheeky pulse bomb into Tobi’s face when Seoul thought JAKE was retreating. Those clean two fights gave Houston an ultimate advantage they used to carry the map.

On paper, the final control point, Control Center, seemed like the point that favored Outlaws the most: They got to run JAKE on Junkrat. But Seoul Dynasty pulled out their own secret weapon: Kim “zunba” Jun-hyuk. The flex tank may mainly play D.Va in the current meta, but his Zarya is legendary, and he showed why on Control Center. The Outlaws didn’t stand a chance.

The victory pushes Seoul Dynasty to 6-2 on the season, currently ranked third, which would earn them a berth in the three-team stage one playoffs. The Outlaws fall to 5-3, still within punching distance, but needing a big win against the London Spitfire next week to have a real chance. With the way the Outlaws played today, though, that sounds like a realistic possibility, especially if LiNkzr’s health gets him back in the lineup next week.