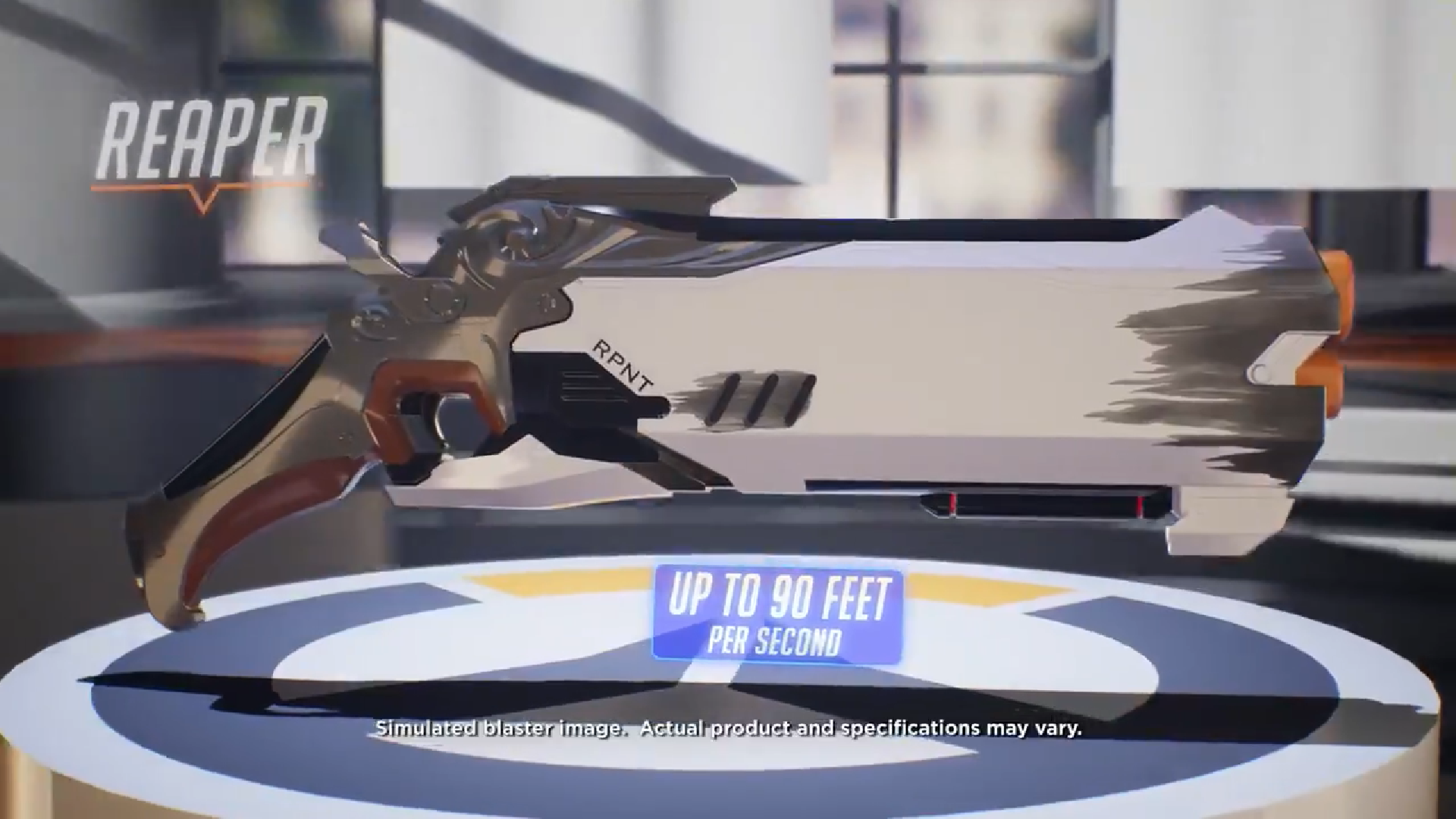 The first Nerf gun in the Overwatch line is a replica of Reaper’s Hellfire shotgun. Blizzard gave fans a sneak preview of the Nerf blaster in a Twitter post on July 20. “Ready for combat operations,” Blizzard wrote. “Add Reaper’s Nerf Rival Hellfire Shotgun to your arsenal in 2019.”

Nerf’s Rivals line is designed for precision shooting, using tiny foam balls instead of darts. There aren’t a ton of details on the line of weapons, and Reaper’s shotgun is the first look at the line. Blizzard’s initial announcement of the partnership with Nerf and Hasbro was announced in mid-May. The only tidbit of information included in the Twitter post is that these babies will be able to shoot up to 90 feet. It’s not quite Widowmaker range, but it’ll do.

Rivals is a relatively new line of Nerf products. It launched in 2015 and has racked up a bunch of high-profile partnerships—Deadpool and Star Wars included. Some of the branded weapons come with accessories, but Blizzard hasn’t said if any will be included with the Overwatch line. Pricing details were not released, either.