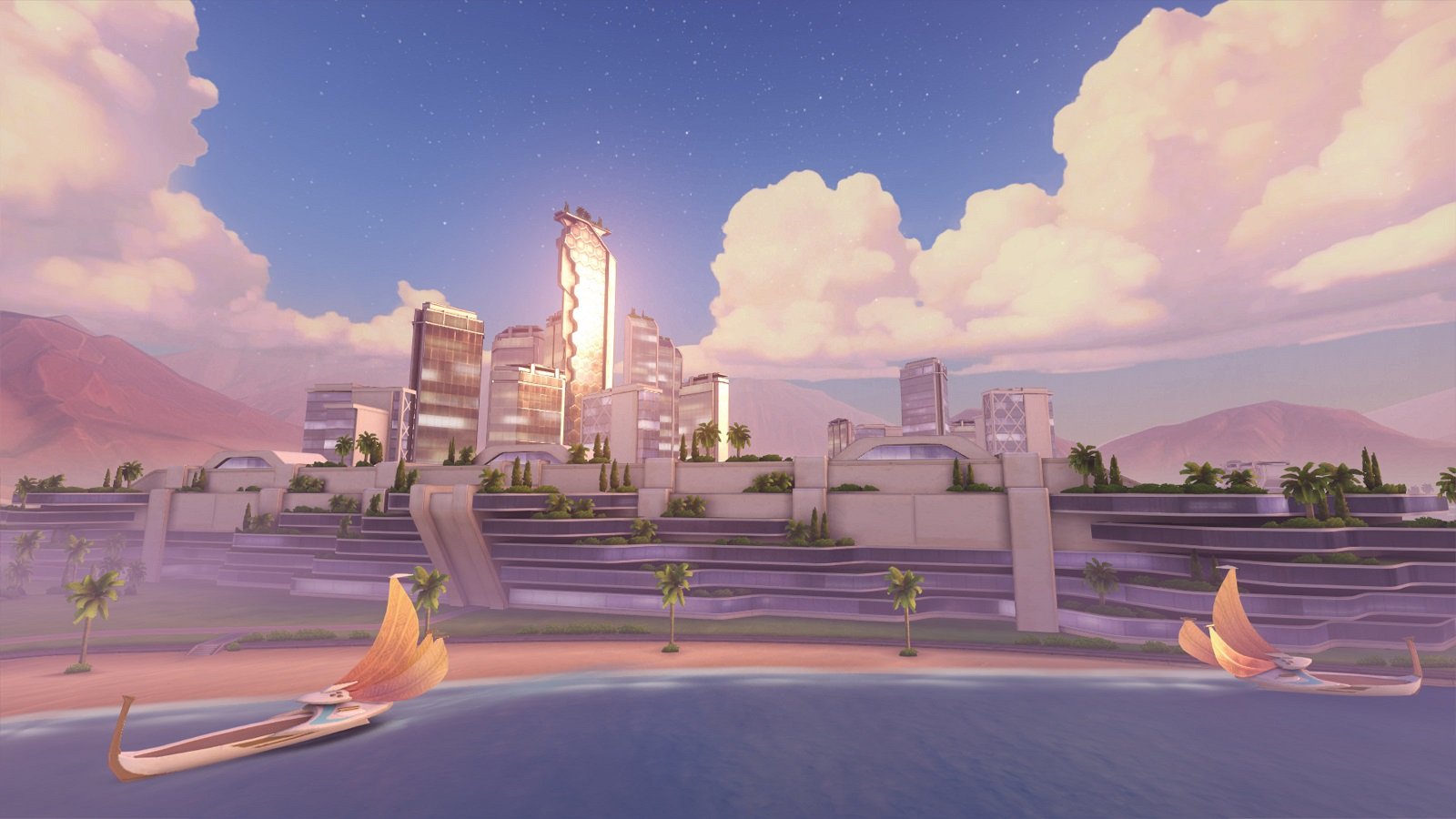 Overwatch’s newest map is now playable in the live game. Developer Blizzard Entertainment promised the map would go live in early 2017, and it wasn’t toying around.

Like Nepal, Lijiang Tower, and Ilios, Oasis is a control map with three separate portions of the map, each with its own capture point: Garden, City Center, and University.

Oasis’ Garden capture point is perfect for flanking heroes, with lots of alleyways to attack from. Besides also just being a gorgeous location, Garden offers plenty of high ground, too. But that’s not unique to Garden in the entirety of Oasis; City Center—the capture point with the jump pad—is built around this kind of verticality. University takes things underground, too. Both teams have access to an underground tunnel system that leads to the actual capture point, though players are not able to take the point while underneath it.

Positioning and game sense are going to be very important when determining playstyle for Overwatch’s new map, given how complex each capture point is.

Futuristic cars race through Oasis’ palm tree–lined streets, which circle the city’s center. The map itself is set in Overwatch’s Arabian desert, a place previously uninhabitable to the world’s people. Regional scientists looking to push scientific boundaries created the city as a monument to invention and education, making it a haven for its lack of scientific restraint.

Omnic employees—sentient robots built by humans—man the city’s businesses, serving customers in Oasis’ swanky hotels and restaurants, all of which draw inspiration from the region’s cultural heritage. And that sets Oasis apart, in general, from a design perspective. Scientific influence in its design is clear, but touches of Middle Eastern culture—rounded doorways and geometric designs—are dotted throughout the map.

Oasis, which was previously available on Overwatch’s public test realm, is now live for PlayStation 4, Xbox One, and PC. Remember: Look out for cars.