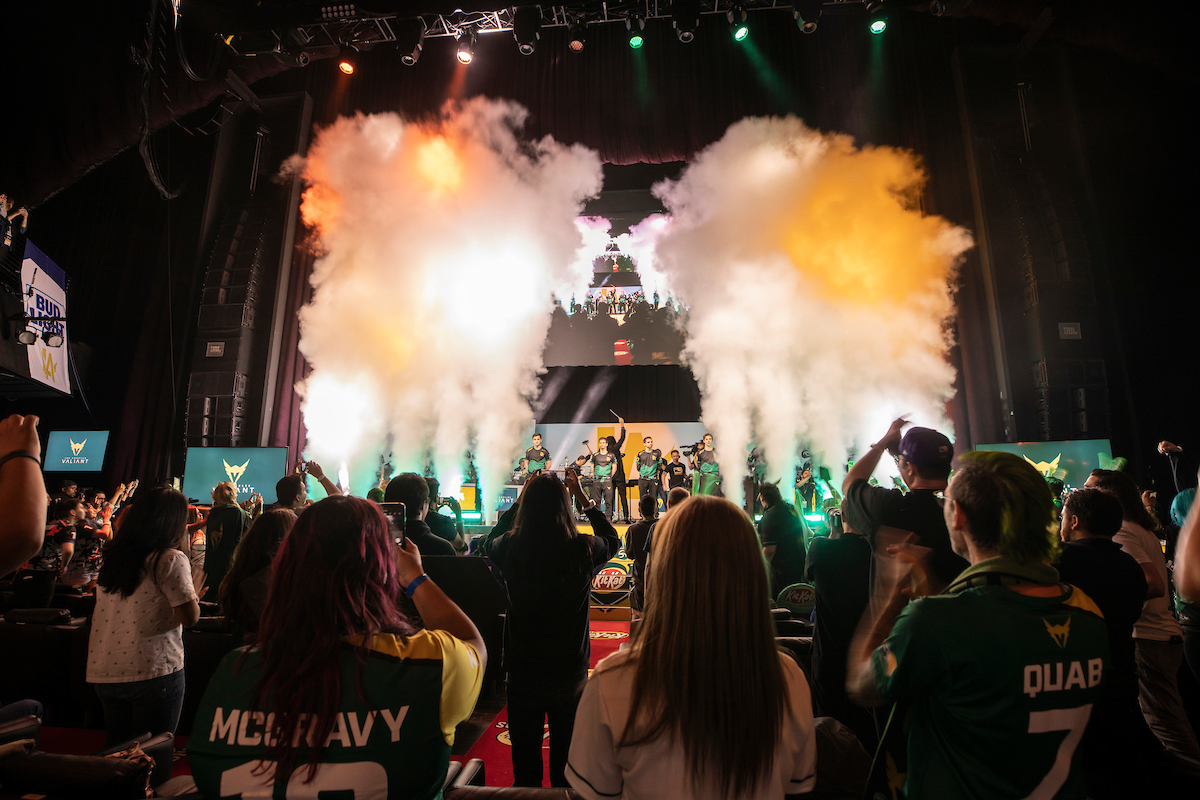 All good things must come to an end. The Overwatch League regular season came to a close this week at the Kit Kat Rivalry Weekend.

For some teams, week five meant experiencing the heartbreak of defeat. For other teams, their performances finalized their season playoff seeds or their placements in the upcoming play-in tournament.

Unfortunately for the Los Angeles Valiant, their homestand wasn’t the lucky charm they’d hoped for. On day one of the Kit Kat Rivalry Weekend, they played the Los Angeles Gladiators in the “Battle for LA.” A win during this match would’ve put the Valiant above the Chengdu Hunters and guaranteed them a spot in the play-in tournament. The Gladiators rallied and defeated the Valiant 3-1.

The Valiant’s only hope for playoffs was beating the San Francisco Shock on the second day of the homestand. San Francisco are a notoriously-ruthless team, showing no mercy to their opponents. Since the Shock were riding the high of a day one win against the top-seeded Vancouver Titans, the Valiant had an uphill battle ahead of them. They lost 4-0 to the Shock and their playoff dreams were dashed.

Thanks to the Los Angeles Valiant losses, the Chengdu Hunters have made it into the play-in tournament. On the upper side of the standings, the Atlanta Reign moved up to sixth place thanks to their two wins during the Kit Kat Rivalry Weekend. This means they’re automatically qualified for the playoffs and have knocked the London Spitfire down to seventh. The winners of last year’s inaugural season championship now have to fight for one of the two remaining playoff spots.

The play-in tournament begins on Aug. 30 and is a single-elimination bracket that includes the teams in seventh to 12th place. On Aug. 30, the Guangzhou Charge will take on the Chengdu Hunters and the Philadelphia Fusion will face the Shanghai Dragons. Winners of those two matches will face the London Spitfire and Seoul Dynasty, respectively, on Aug. 31. The winners of those matches will clinch the final two spots in the season playoff bracket.

Since the play-in tournament is single elimination, all it takes is one loss for a team to forfeit their playoff hopes. This is the prime place for stunning upsets and unbelievable clutch plays. The action begins at 8pm CT on Aug. 30. The season playoff games begin on Sept. 5 at 6pm CT.