Blizzard “would really love” to make an Overwatch movie or series 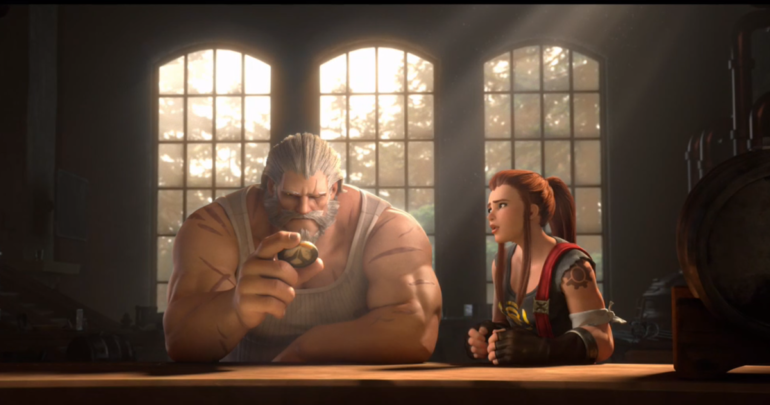 The last we heard of the possibility was in early November when an Activision Blizzard executive spoke about the company exploring the idea. Now, Kaplan has stepped in to express interested in an Overwatch movie.

“We would really love to make something like a feature film or an episodic series,” Kaplan told Game Reactor at the Fun & Serious Game Festival in Spain. “These are things that we’re very, very interested in.”

Related: An Overwatch film is something Activision Blizzard wants to explore

“Jeff and his crew are the best partners we [could] possibly ask for, and they are always pushing us to explore the other mediums to tell the story of Overwatch and they partner very closely with us,” Kaplan said. “We make the animated shorts together, we make the comics together, and so we are consistently talking about what other things we could be doing. We know we can not do a lot of linear narrative within the game itself. It’s a six vs. six PvP game, so we are very open-minded to exploring other areas.”

But that doesn’t mean that Kaplan and his team would just sign on to any Overwatch movie. Blizzard is protective of their properties, and he’s not interested in creating anything that doesn’t live up to the expectations of Overwatch’s fans, he said.

“So while we are super excited to explore other opportunities, we are also very, very picky and very controlling when it comes to the franchise,” Kaplan added.

Overwatch’s characters have grew in popularity beyond the game itself, with fans enamored by the colorful, diverse cast. As Kaplan mentioned, the game itself doesn’t allow for in-depth storytelling, so Blizzard often looks outside the game—with animated shorts and digital comics—to tell its characters’ stories. A full-length film would be a huge draw for fans desperate to learn more about Overwatch and its characters.

It’s likely going to be a while until we see an Overwatch film hit theaters, however. Blizzard is still riding the success of the game itself, and has plenty of stories to feature in its small, multimedia vignettes.