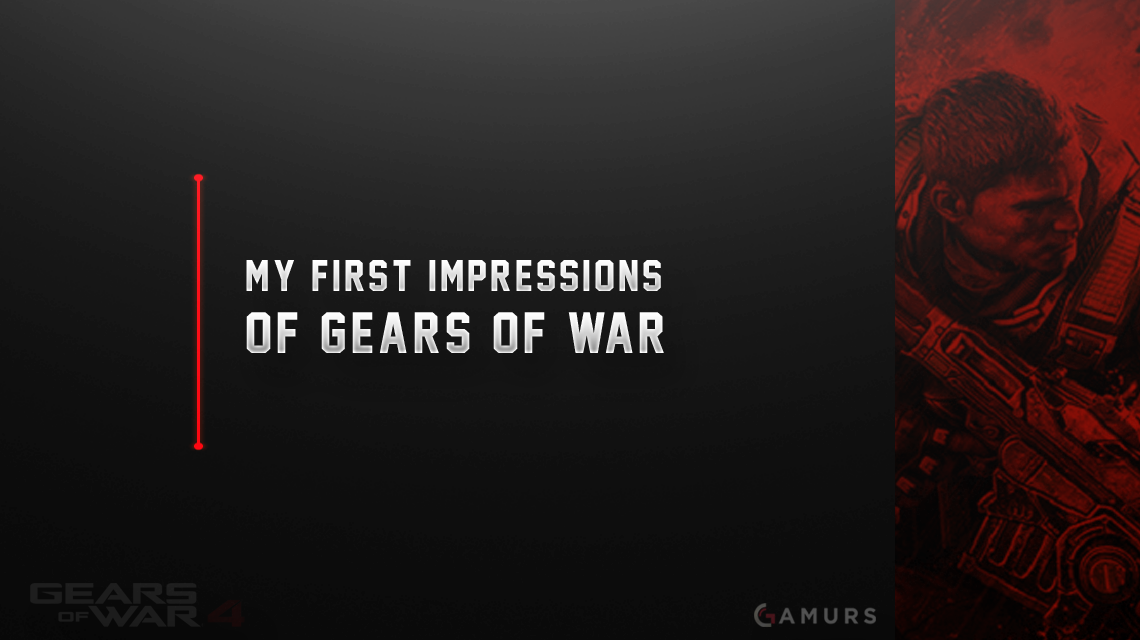 Throughout this article, I willbe giving my first impressions of the Gears of War esports scene. I will be focusing on the game,the players and the overall feel of my first taste of Gears. Butfirst, let me tell you a little about myself.

The first time I was introducedto esports was during Call of Duty: Black Ops II’s World Championship, better known as CoDChamps. I was instantlyhooked and even tried to play competitive Call of Duty myself. Watching teams battle against eachother for money and bragging rights was awesome and it wassomething new to me. I was never a huge fan of conventional sportslike football or rugby, but gaming was always something Ienjoyed.

The next esport I got intowas Counter-Strike:Global Offensive. Ihave been following this game for around a year and half andI have tried to study all of the team’s stories and pastaccomplishments to get a good understanding of them. I watch andwrite about every tournament, and I share my opinions about thegame and the esports scene on Twitter a lot.

Since I have become a writer, Islowly got to grips with a few other games, such asHalo and Overwatch, with many more tocome. So when informationabout a Gears tournament landed in my inbox, a game I have notplayed in years, I was eager to see how it would fare.

I went onto YouTube and watchedthe Season OneFinals of the ESL ProLeague between Denial Esports and Team EnVyUs, two organizations Iwas very familiar with.

The gameplay was a mix of exciting, fast-paced team fightswith limbs being thrown everywhere, to long, drawn out stalematesthat often amounted to nothing. This was because they were onlyplaying on one gametype called Execution. Each team member has onelife. If your team is wiped, the other wins the round, much likeCoD’s Search and Destroy gametype.

I quickly realized that movement was a huge factor in Gears.Players sliding into positions and rapidly swapping adjacent coverswhile quickly firing off shots from their Gnasher Shotguns were thenorm. Another thing I saw during the MLG Gears Esports Open event,held July 30-31, was something called “sliding theboom,” where a player would do both the animation for pickingup the Boomshot and sliding into cover at the same time.

Frankly, it sounds likesomething that would be explained at an “Awesome Games Done Quick”event as a frame perfect trick.

Just before the MLG Gears Open,I actually went and bought myself a copy of Gears to give the gamea go to see if some of this movement was intended. I found the gameto feel awfully slow. Also, I felt like aiming and sliding werefar more difficult than they looked.

Another thing I realized was the importance of gettingfirst blood. In other games that are similar to Gears, such asCoD’s Search and Destroy and CS:GO, first blood can bedamaging. However, you have the option of carrying grenades aroundwith you, which can be used to your advantage to potentially gathermulti-kills and push threat. In Gears, this option is notprevalent, and in nearly every round I saw, the first blood teamultimately won the round.

It became quickly apparent thatthe players of the game like to be as hype as possible,shouting and screaming after every kill regardless of round winor loss. This reminds me of some theold CoD days when people would shout at the enemy team to psychthem out, or how the Splyce CS:GO roster was like during the MLGColumbus Qualifiers. If you are not sure what I am talking about,you can learn here.

Initially, I expected only a fewteams to shout and have this aggresive mindset, but it ended upbeing a common thing throughout the scene. The players liked tojoke around and throw verbal jabs at their opponents during theirpre-game interviews and on Twitter.

I found my first exposure toGears a rather positive one, however, there are some things that Ido not like. Playing the same game mode is really repetitive andsometimes boring to watch, but with the announcement made by MLG,Gfinity and The Coalition concerning the $1,000,000 tournament andmultiple major LANs spread across the coming year, Gears hasskyrocketed into a potential esports to stick aroundfor.

What are your thoughts on Gearsas a budding esport? Do you think it will last? Let us know in thecomments below and be sure to follow us on Twitterat @GAMURScomfor more esports updates andcoverage.