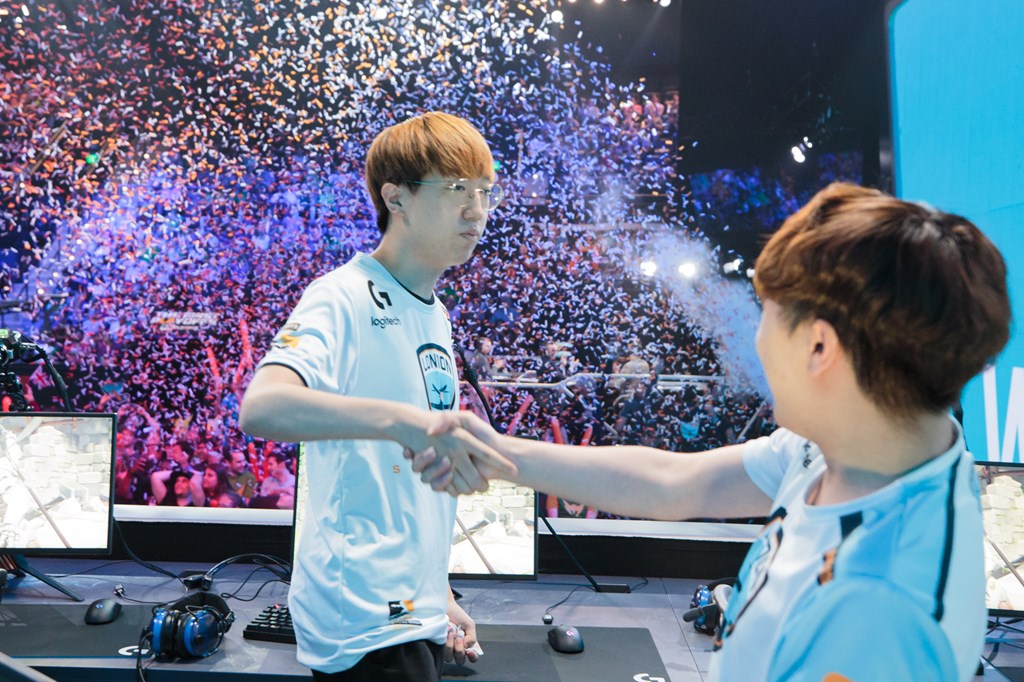 Los Angeles Valiant were on a roll entering the OWL playoffs after winning the stage four title matches. They were also the best-looking team in the late season meta. London Spitfire backed into the playoffs, a poor 4-6 final quarter nearly pushing them out of postseason play.

Oh, what a difference a few weeks makes.

London Spitfire absolutely demolished Los Angeles Valiant today in a perfect 3-0 match, capping a 2-0 sweep in the OWL semifinals. Spitfire are the first team to secure a spot in the finals of the inaugural OWL season—they’ll have a chance to compete for a $1 million top prize at the Barclays Center in New York City next week.

They had to beat two Los Angeles franchises back-to-back to get there, and they did it by playing better and better in every subsequent match in both playoff series. They opened the playoffs with a poor showing against Gladiators, but stormed back to win two matches and reach the semifinals. Ever since then, they’ve looked like a new team, playing an aggressive and proactive style that allows the most mechanically-skilled roster in the league to shine.

Today they were dominant, shutting down a Los Angeles Valiant team that looked inspired at the end of the season.

Valiant’s main tank, Koo “Fate” Pan-seung, was tabbed to start for South Korea at the Overwatch World Cup this year. Spitfire’s Hong “Gesture” Jae-hee, snubbed for that spot, made that decision look silly tonight. Gesture ran circles around Valiant with a commanding performance, posting a whopping 30 final blows (more than anyone on Valiant) and 93 eliminations (the second most in the match). Fate had one of his worst performances of the season, only tallying seven final blows and 19,220 damage, both below every player except for the main supports.

Choi “Bdosin” Seung-tae is looking like Spitfire’s secret weapon in the current meta. Many maps favor compositions with a solo healer in the current metagame, and Bdosin is showing that he’s the best support at flexing off Zenyatta and onto a variety of tank and damage heroes. Bdosin played all three roles tonight in a single map, fielding Zenyatta, Roadhog, and Tracer to fit the situation. That’s given Spitfire a huge edge against everyone they’ve faced in the playoffs.

The London Spitfire that took the stage tonight are the team everyone expected to see entering the season. Their lineup features superstars in every position, and it was inexplicable that they failed to follow up their stage one title win with anything close to what was expected of them. But in two short weeks, they’ve rewritten the entire narrative of their season.

London Spitfire are just one series away from becoming the first OWL champions, and if they do it, no one will remember their regular season woes.

They’ll face the winner of tomorrow’s battle between the Philadelphia Fusion and New York Excelsior. Fusion hold a 1-0 lead in the series, in large part thanks to the flex play of their own secret weapon, Choi “HOTBA” Hong-joon, who has shown a Bdosin-like ability to play tanks and Tracer in a variety of lineups. But New York Excelsior are still the league’s most-dominant team, even if Fusion beat them Wednesday. It’d still be a big upset if Fusion stopped Excelsior from reaching the grand finals, where they’ll be able to play in front of a hometown New York crowd.

But perhaps it doesn’t matter who wins tomorrow.

In the post-game press conference, Gesture said he wants to face New York in front of that home crowd—so he can silence them. If Gesture and London play like they did tonight in the finals, the Barclays Center will sound like a library next week.