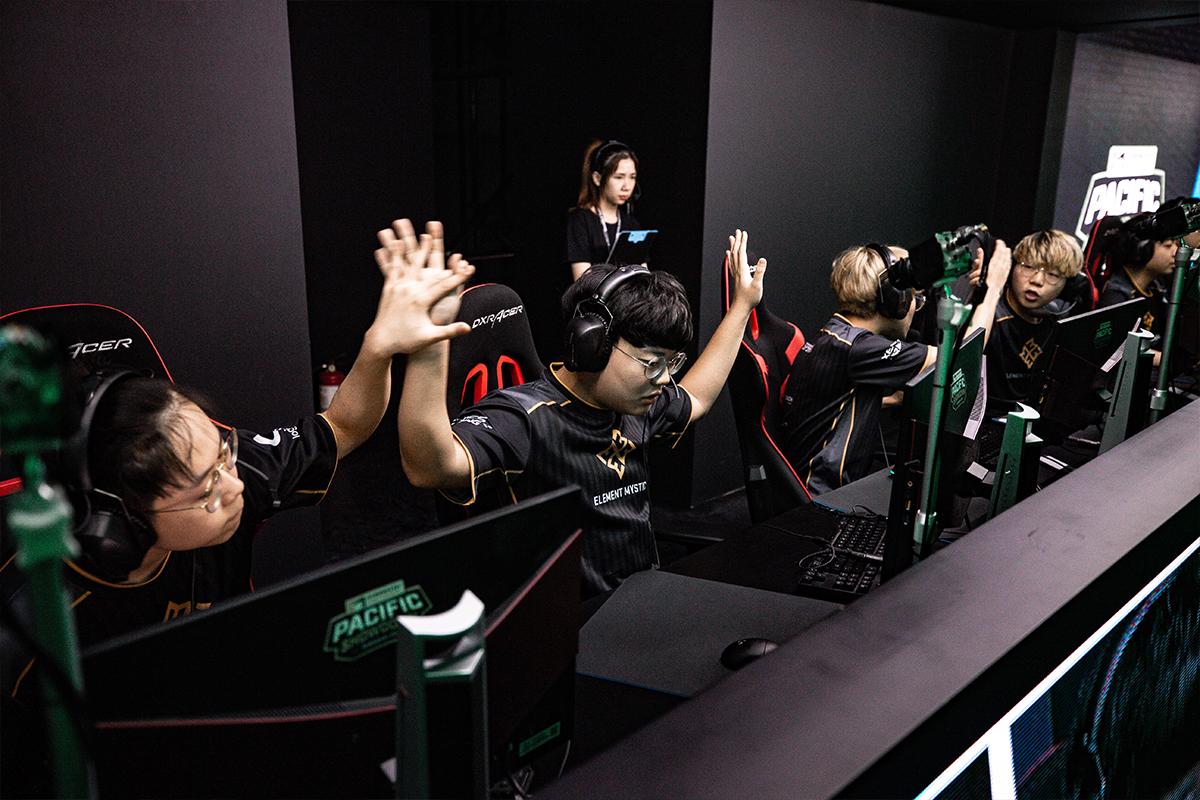 Korea’s Element Mystic were crowned the best team in the Pacific at the Overwatch Pacific Showdown today after taking down O2 Blast 4-2. They also secured another spot for Korea at the Contenders Gauntlet in October, which means the region will have three representatives at its hometown event.

This was a back-and-forth series. Element Mystic jumped out to a quick 3-1 lead, only dropping Lijiang Tower. Kim “Doha” Dong-ha’s Sombra was a deciding factor throughout the series. Crucial EMPs and hacks shut down any defense that O2 Blast tried to mount.

Young gun Kim “SP9RK1E” Young-han’s Doomfist was expected to be a difference maker for Element Mystic, but it was rarely brought, instead relying on Zarya. This allowed Kim “Proper” Dong-hyeon to dominate in the Zarya-vs-Zarya matchup, often tearing through Element Mystic.

Related: How to watch the Overwatch Contenders Pacific and Atlantic Showdowns

O2 Blast looked comfortable in the GOATS mirror, but curveballs thrown in by Element Mystic in the form of Sombra or Doomfist kept them one step ahead. O2 Blast couldn’t find the key openings in fights on the crucial targets, and Element Mystic just steamrolled through, finishing up the game with a full hold on Blizzard World.

The final five spots will be decided at the Atlantic Showdown, where the best teams from North America, Europe, and South America will duke it out.

The Atlantic Showdown starts on May 31.