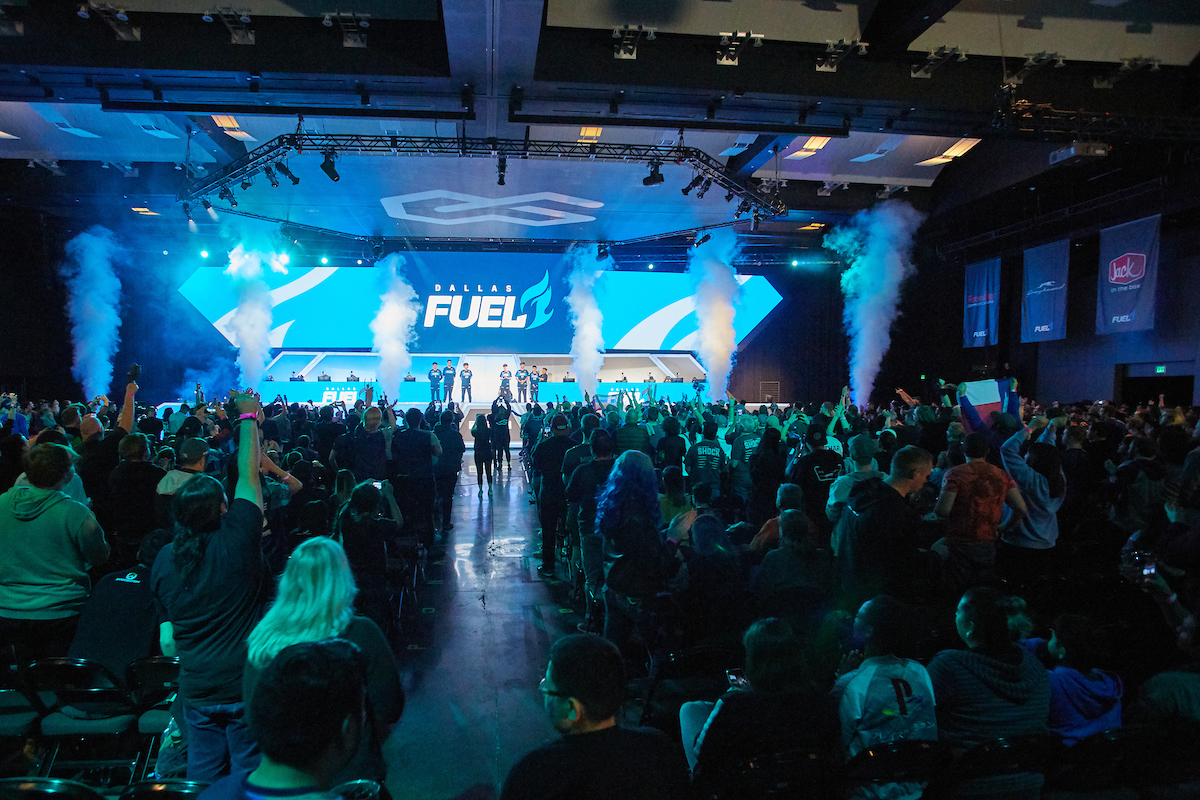 In a wildly close six-map showdown, the Dallas Fuel took down the Shanghai Dragons to earn the franchise’s first title win. All eyes were on Fuel main tank Lee “Fearless” Eui-seok, who faced his former team in these Grand Finals.

Earlier in the May Melee bracket, the Dallas Fuel met with the Shanghai Dragons and defeated the latter team in a 3-2 series. Shanghai climbed back up through the losers bracket, defeating both the Chengdu Hunters and Florida Mayhem to earn a place in the May Melee Grand Finals and get a rematch with the Fuel.

The first portion of the Grand Finals was a back-and-forth affair, with Dallas and Shanghai trading aggression and racking up wins on self-selected maps. On the fourth map Watchpoint: Gibraltar, the Dragons nearly held the Fuel from the first checkpoint. Dallas rallied back thanks to clutch hero choices from DPS Kim “Doha” Dong-ha and prevented Shanghai from finishing the map by mere meters.

Shanghai looked to turn the series around on Ilios, taking the map with a 2-0 score and putting a damper on Dallas’ confident attitude. The Fuel decided to take the Dragons to Blizzard World and forced the latter team to take part in a fast-paced showdown.

Dallas DPS Kim “SP9RK1E” Young-han pulled out a surprising Soldier: 76 pick that made infinite space for Fearless to cause chaos. Dallas pushed the payload just past Shanghai’s impressive Blizzard World defense and took the series with a 4-2 scoreline.

Most of the match came down to the wire and Shanghai, working with the talents of 2020 MVP Kim “Fleta” Byung-sun, gave a true challenge to the Fuel throughout the series.

As the winners of the May Melee, the Dallas Fuel will bring home a massive $100,000 prize. They’ll also earn three “league points” which will go towards postseason standings. The Shanghai Dragons won’t go home empty-handed, though; they’ve earned $70,000 and two league points.

Next week, the Overwatch League will be on a break as players and staff rest up. The season’s next tournament cycle, the June Joust, will kick off on May 21.