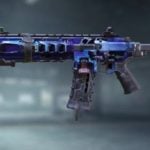 Having a decent aim is essential to make sure you stand your ground during gunfights in Call of Duty: Mobile. While you’ll be able to make every weapon in the game work for you during the lower ranks of the ladder, it’ll get considerably tougher as you move up within skill brackets.

You'll need to follow the metagame since you'll feel the difference playing with less powerful weapons. Each weapon's potential power level can be improved even further while building a loadout, and you should have a couple of them ready at your disposal. Having access to multiple decent loadouts will give you the freedom of changing between them under different circumstances.

If there's a sniper on the enemy team that’s been getting out of control, you'll naturally want to switch to an anti-sniper loadout to make sure they stop dissembling your team every time they spawn.

The following loadouts have performed exceptionally well around the Master and Legendary ranks, but you can always further customize them with your own adjustments. There's nothing wrong with swapping out an assault rifle with another alternative that you like better or a perk that compliments your play style.

Here are the best loadouts in CoD: Mobile.

There are maps that you'll get into both long and short-range fights. When that's the case, you'll need a solid all-rounder by your side that can excel at both skirmish types.

The ICR-1 is one of the more stable weapons in the game, meaning it's quite difficult to miss shots thanks to its low recoil rate. Though this loadout is versatile, it'll still be a decent idea to watch your positioning.

Enemies with SMGs are likely to beam you down if you get too close, so staying at medium distances will be to your advantage. The Vulture perk is there to ensure you never run out of bullets. One of ICR-1's shortcomings is its bullet count, and you'll be replenishing your stocks as you pick off more enemies with the Vulture perk.

The combination of Light Weight and Dead Silence is especially vital in Search and Destroy matches. If you tend to play other game modes, you can experiment with other perks to scale better into other areas.

There's more than one way to play CoD: Mobile. Some players prefer camping at long distances with a sniper rifle and hunting down everyone that crosses their line of sight. While assault rifles are also viable in short-range fights, they'll simply be outclassed by SMGs.

Picking up an SMG and running around the map like there's no tomorrow is actually a valid strategy. You'll be drawing your enemies' attention while also giving some breathing room to your team.

The QXR is one of the best SMGs in CoD: Mobile. It has an excellent fire rate, and with the right perks, it'll turn you into an assassin. Light Weight and Dead Silence are pretty much the standard two runes in higher ranked matches, and Tracker fits nicely into the play style you'll adapt to with the QXR.

You'll be able to track down enemies faster with Tracker. It can get tough out there to keep listening to footsteps in between all the gunshots and grenades, but you can replace it with other options if you have a pair of gaming earbuds.

This loadout will also allow you to use Trip Mine to its full potential. While you're at the enemy side of the map, you can casually place it into a doorway that most newly spawned players walk across. It'll help you secure a few quick kills, but try to change its place from time to time since the enemies will adapt to your techniques throughout a match.

Each team needs that reliable and dedicated sniper player to cover their backs. Sniper players will help you have a bird's eye view over the entire map.

The constant information feedback will be helpful, but you'll also need to pick off some kills as you're doing it. The DL Q33 is the best choice to do just that. The DL Q33 and Outlaw are basically tied when it comes to their overall damage output, but the DL Q33 is slightly easier to control. This makes it more reliable, and the Agile perk increases that even further. The Agile perk will give you the option to run around the map instead of camping since you'll be able to scope in a lot faster.

We recommend placing a Trip Mine to cover your back as you'll be scoped in most of the time. A well-placed Trip Mine will make it harder for enemies to wrap around you, and you'll also be able to cover your rotations with a Smoke Grenade.

While the Dead Silence perk can be swapped out if you don't move that much around the map, it's difficult to find an alternative for Toughness. The reduced flinching ratio plays a vital role when it comes to coming out on top of one-vs-one gunfights against other snipers or anyone that spots where you are.

Bring out the big guns

If you're looking to increase your game impact, you'll need to use guns with high reward and risk ratios. The ASM10 is one of the tougher weapons to control in CoD: Mobile, but it's also ranked quite high on the list when it comes to its sheer damage output. It can even outperform SMGs in short-range fights if you can land a couple of shots to your enemy's upper chest.

The listed attachments try to reduce its recoil as much as possible alongside making it easier to use. Considering how it can get quite challenging to land consecutive shots when you’re also taking fire, the Toughness perk will be a lifesaver. It reduces how much you flinch when you get hit by enemy bullets, allowing you to have a more stable aim in the long run.

Dead Silence can depend on the game mode, but it also plays a similar role as Toughness. If you can infiltrate behind enemy lines without getting noticed with Dead Silence, you'll have clear shots on most of your targets.

Flashbang is a lifesaver for Search and Destroy and Domination game modes since you'll desperately need your enemy to have zero chances to react against you. This loadout potentially has the highest damage output when you're uncontested.

You can alternatively replace the ASM10 with the AK-47 since the two have similar playstyles.