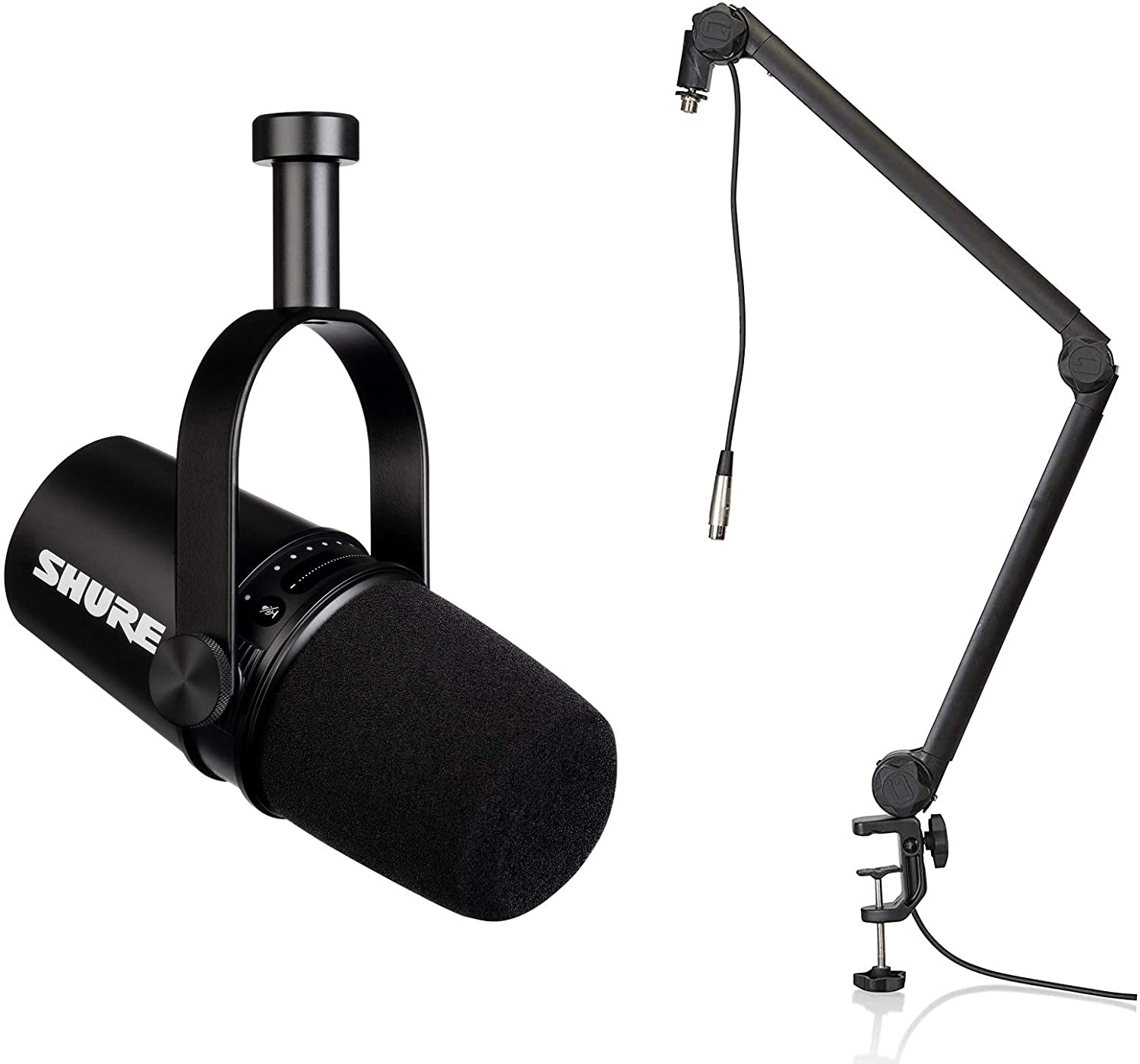 Streamers heavily rely upon their microphones to create the best quality for their streams.

There are a number of amazing microphones out there, but most of them will require a digital audio convertor (DAC) to convert the microphone’s XLR plug input into a USB-ready device. But DACs are expensive, take up space, and are yet another piece of technology to manage while streaming.

For those who want a high quality microphone experience but don’t want to purchase a DAC, there are a number of great microphones that can be plugged into your computer with a USB cable and will still provide you with fantastic quality audio without dealing with a DAC.

Here’s a list of some of the best plug-and-play microphones for streamers.

Kicking off this list is the Audio Technica AT2020 USB+ microphone. The AT2020 is a legendary studio microphone that has been used by musicians and artists from all around the world to record their voice and instruments in studios. With the AT2020 USB, you can take the same amazing studio experience into your home in the form of a plug-and-play microphone.

The AT2020 features a cardioid pickup pattern, which is excellent at focusing the signal on your voice while not picking up too many background noises. It is a condenser microphone, so it is pretty sensitive compared to a dynamic microphone. But the AT2020 does the best job of isolating your voice from room noise compared to the rest of the condenser microphones that will appear on this list. The frequency response is also very flat—that is to say, the sound this mic records is very accurate.

If you are looking for a professional quality plug-and-play microphone, the AT2020 USB+ is one of the best options available.

The next microphone on our list is the Shure MV7 USB Podcast Microphone. This recently released product is a dynamic microphone from Shure, one of the most highly respected creators of microphones in the world. The MV7 comes with both a USB and an XLR output, making it perfect for streamers with and without a DAC. It is a bit pricey, but the price is well-justified by the quality of the microphone.

The MV7 is designed to emulate the sound of the Shure SM7B, which is the industry standard in professional radio and one of the best microphones in the world. Although the MV7 doesn’t quite live up to the legendary sound of the SM7B, it still produces some great results. On top of great sound, this microphone also features a built-in pop filter and a mount-ready yoke.

The biggest thing that sets this microphone apart from the rest of the mics on this list is that it is dynamic. Condenser microphones operate by vibrating a diaphragm against a charged backplate, producing electrical energy which translates into sound. They require less power and are more sensitive than dynamic mics. Dynamic mics, on the other hand, operate by suspending a wire within a magnetic field, with the coil vibrations producing electrical energy which translates into sound. The biggest difference is that dynamic microphones are better at isolating the subject from the background. If you are looking for the best mic for an untreated room, this might be the one to go with if you have the money for it.

The Blue Yeti is a classic streamer microphone. This revolutionary USB microphone has been a popular pick for YouTubers and Twitch streamers since the inception of the field over a decade ago. The Blue Yeti is an excellent choice for anyone who needs a versatile, multipattern USB plug-and-play microphone that won’t break the bank.

What makes this mic unique is that it features four different available pickup patterns: Cardioid, omnidirectional, bidirectional, and stereo. You can switch between the different settings using a knob on the back of the microphone itself. On top of its versatility, the Blue Yeti has also proven to be a very reliable microphone which is built to last. As an added bonus, it comes with a high quality stand right out of the box.

The biggest downside to the Yeti is that its sensitivity controls aren’t very useful. Typically you will want to record at the highest sensitivity possible, but even if you lower it, there doesn’t seem to be much of an effect on the audio. If you are looking for a microphone with more sensitivity controls at the same price, you may want to try the AT2020 instead.

The Blue Snowball is the little sibling of the Blue Yeti. Like the Yeti, the Snowball is a USB microphone which works right out of the box on your computer and even comes with its own mic stand. But the Snowball only has access to cardioid and omnidirectional pick up patterns, so it is more limited than its big brother. It also has a tendency to pick up more background noise, even when in Cardioid mode, so keep that in mind.

This mic has been a staple in the YouTube and Twitch content creator scene for a long time now. It is a solid bet for anyone who is looking for a decent USB mic that won’t break the bank. But if you do have the extra cash to spring for the Yeti or AT2020, they are better mics overall.

The Rode NT-USB microphone is Rode’s best plug-and-play option for streaming. Rode is renowned for their field recording microphones, which are often featured on sets ranging from small commercial productions all the way up to blockbuster movies. The NT-USB follows up that excellent on-set legacy with a great voice-recording microphone which works on any computer right out of the box.

The microphone uses a cardioid pickup pattern, like most of the microphones on this list. It is a condenser microphone, so it will be pretty sensitive. Its frequency response is mostly flat, though there is a peak in the frequency response between 5,000 and 10,000 hertz, so it might be slightly less accurate in its high end frequencies.

This microphone also comes with a nifty stand and a nice pop filter as an extra bonus. Although the NT-USB doesn’t bring anything particularly special to the table, it is a solid player and can be bought at a reasonable price.

For those who are looking for a more colorful USB microphone experience, you might consider purchasing a NEAT Bumblebee Desktop USB Microphone. NEAT is an audio company founded by the same man who founded Blue. They make a number of awesome products, including several different plug-and-play USB microphones. The Bumblebee is one of their best options for streamers.

This condenser, cardioid microphone comes on its own unique desk stand with an articulating boom arm for perfect mic positioning. Built into the base of the stand are three knobs which make it easy to access the gain control, volume control, and voice selector. Although you can’t change this microphone’s pickup pattern, this microphone does feature three different sonic signatures which affect the tone of the final output. You can choose between music, neutral, and voice. As a streamer, voice is probably the best sonic setting, but if you are looking for a mic that can serve more purposes as well, these different sonic signatures can come in handy.

For those streamers who like unique microphone designs and have room on their desk for the Bumblebee’s stand, this is a high quality microphone that can be purchased for a very affordable price.

For those who are operating on shoe-string budget and need a decent plug-and-play microphone for cheap, consider the Widget A, Widget B, and Widget C microphones, also from NEAT. These three microphones are identical to one another feature wise, but they are different aesthetically, with each microphone bringing its own bright visual flair. They are definitely the lowest quality microphones on this list, primarily because they have a tendency to pick up a good chunk of background noise and room echo, but other than that drawback they accomplish their task pretty well.