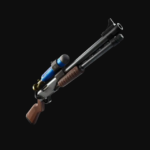 You hear the sounds of an enemy pushing you in Fortnite. What’s next? You need a close-quarters weapon. An assault rifle? No. And you didn’t pick up an SMG. What now?

Shotguns have been an important part of all Fortnite metas. From double-pump days to not being able to complete loadouts without a tactical shotgun, they’ve been vital to outplaying enemy players since the beginning. The main reason why they’re so popular is that they reward accuracy. If you have steady hands and a disciplined triggered finger, a shotgun will be deadlier than an SMG.

Though weapons come and go as Epic Games cycles them out of the vault, there are always more than a few alternative shotguns for players to pick up throughout all Fortnite seasons. Your personal preferences will play a huge role when it comes to picking the best shotgun for you. From a numbers perspective, however, some shotguns will just outclass the others based on the overall damage they can deal.

Here are the best shotguns in Fortnite.

You’ll only have two shots to work with, meaning missing won’t be an option. Double Barrel Shotgun’s range is also relatively shorter than the other shotguns, which decreases its versatility. You’ll need to cover a lot of ground to ensure your shots connect. Once you get into a position where you can easily land your shots with a Double Barrel Shotgun, though, no enemy will be able to stand in your way.

It’s not every day Epic adds new weapons to Fortnite. When it does, however, they suddenly become the centerpiece of their respective season. The Primal Shotgun was introduced to Fortnite during Chapter Two, season six.

The Primal Shotgun may feel a little unorthodox at first when compared to the other options due its unique mechanics. It plays more like a Tactical Shotgun, but with a faster fire rate.

Its fire rate is definitely a lot higher than what any player would expect on a shotgun, which also comes with some drawbacks. Primal Shotgun has a lower range than the Tactical. It’s an excellent tool to overwhelm opponents, especially during close box fights where you’re breathing down your opponent’s back. The Primal Shotgun can also help you clear walls and you can harness its true power when you combine it with another shotgun you can switch to whenever you’re out of bullets.

The Combat Shotgun may not be the best alternative in Fortnite, in terms of statistics, but it’s the easiest shotgun to use. Though recoil isn’t that much of an issue with most shotguns, bullet spread can be an issue if you aren’t shooting from close range.

The higher the spread, the more bullets you’ll miss. The Combat Shotgun has the lowest bullet-spread ratio, which increases its range by a nice margin. Whenever it’s in the rotation, it quickly becomes a staple piece in most loadouts.

You may still want to pair it with a Tactical Shotgun, however, since the low bullet spread can make it harder to one-shot your enemies when you’re in a close-quarter situation. The low bullet spread in close range will require you to be on point with your shots while the higher spread ratio of other shotguns will grant you a little room for error.

The Pump Shotgun is one of the most controversial weapons in Fortnite’s history. From defining metas to not being viable at all, the Pump Shotgun went through quite a few changes, but it’s still a top option to consider picking up whenever it’s around.

Considering the delay that will occur in between each shot, you’ll want to stay on point as much as possible with a Pump Shotgun. Players used to be able to skip this delay by rotating around two Pump Shotguns which were later patched out.

Most players usually pair their Pump Shotguns with SMGs. The ideal scenario will be scoring a hit on your opponent with your Pump Shotgun into quickly switching to your SMG for finishing them off.

When you first land onto a hotspot, you won’t get to be that picky with your loot. Your competition around the landmark will slowly start battling to settle who makes it out of there, so you’ll need to get yourself into a battle-ready state as fast as possible. Finding a Charge Shotgun probably won’t be on top of your list, but it can be a deadly weapon in the right hands.

Charge Shotgun has a unique feature that allows players to charge their shots to deal more damage. Charging adds a considerable delay between the shots, but you’ll also have the option to fire back-to-back shots for less damage.

The real power of the Charge Shotgun comes from the fact that not many people get their hands on shield potions right after landing. By charging a shot behind a wall and surprising your opponent with an on-point shot, you can easily knock them down. You’ll ideally want to swap your Charge Shotgun with something else toward the later stages of the game, however, since pulling off this trick will be unlikely in late-game box fights.

It’s relatively challenging to remember a meta where Tactical Shotgun wasn’t viable, unless it was vaulted. It’s one of the most versatile shotguns in the game.

The high fire rate and the sizable bullet spread of the Tactical Shotgun make it the go-to choice for close-quarter skirmishes. The gun’s design allows players to practically spray, which can be the only way to take down your opponent when you’re in full-on panic mode.

Though there are better alternatives out there, when it comes to the overall damage they deal, the Tactical Shotgun is the comfort weapon of many Fortnite players. It’s easy to use and doesn’t require any additional effort.