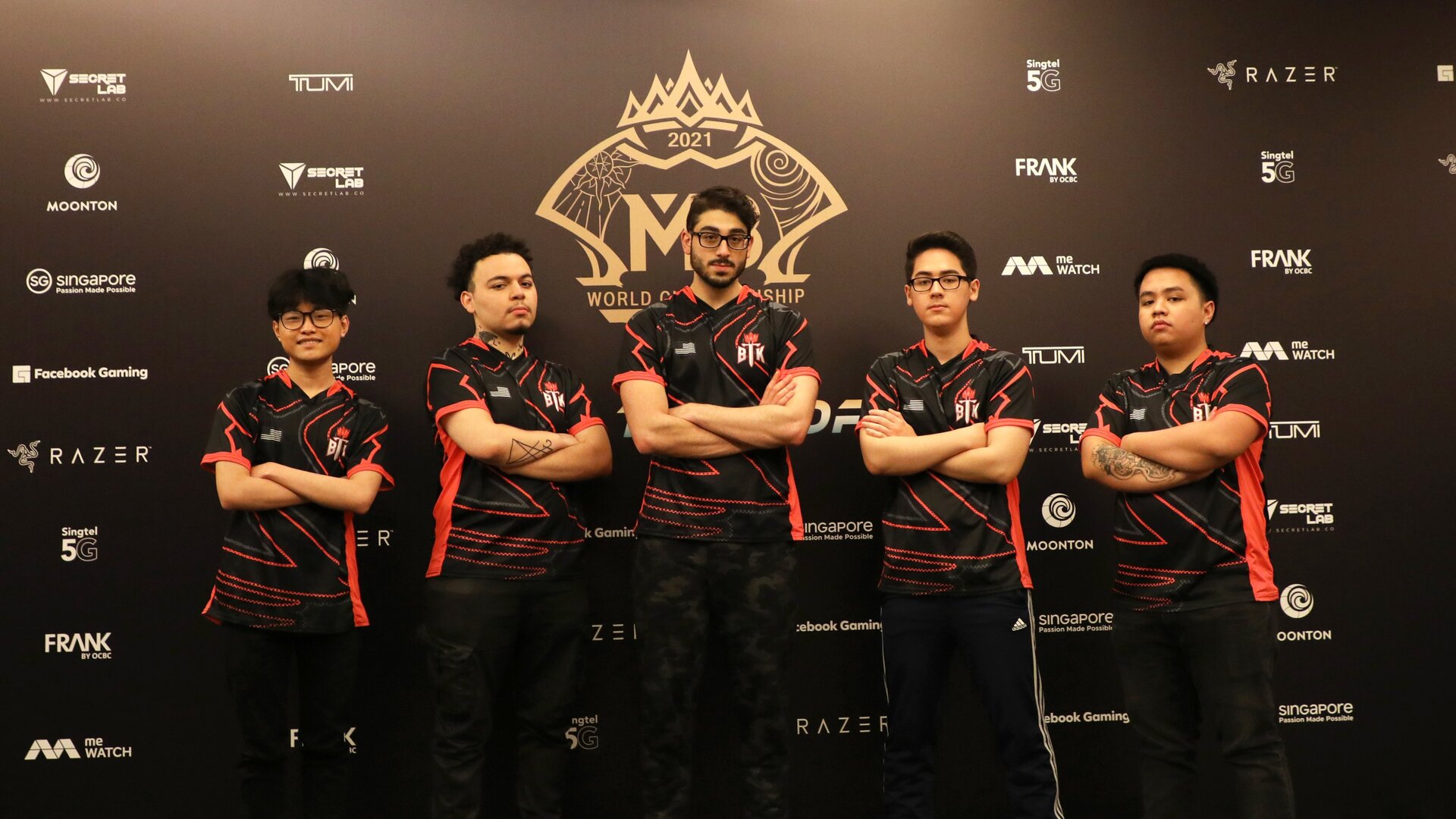 BTK have pulled the biggest upset of the Mobile Legends: Bang Bang (MLBB) M3 World Championship so far. The North American champions took down one of the tournament favorites, Blacklist International, in an intense playoff match at the Suntec Singapore International Convention and Exhibition Center.

The North American champions headed into the upper bracket of the playoffs as the underdogs, up against the heavyweight Filipino champions, Blacklist International. A quick look at the prematch chat on Facebook or YouTube made it clear who the favorites were.

BTK already silenced many naysayers after an impressive group stage, which saw them finish second, and they shut down all remaining doubters after taking down Blacklist International 3-2.

For Blacklist, the loss means making their way in the M3 through the lower bracket. The team has had an amazing year, winning both seasons of the MPL Philippines and finishing in second place at the Southeast Asia Cup (MSC) and the ONE Esports MPL Invitational. They went into the M3 with an intention to take home the trophy, and they will still be looking to do that.

BTK will now face either EVOS SG or Bedel in the upper bracket semifinals on Dec. 16 at 4am CT. EVOS SG are the home team and found a crack in the North American team’s armor as they took them down in the group stage. Bedel, on the other hand, are another underdog team from Turkey.

Teams can get lucky during the best-of-one group stages, but a best-of-five series is when their skills are really put to the test. BTK, consisting of Victor, FwydChickn, SHARK, MobaZane, and ZIA, may be an independent org without a coach or analyst, but they displayed top-notch MLBB gameplay in the series with Blacklist.

At the beginning of the first game itself, the North American champions showed they aren’t afraid to be aggressive and picked up the first blood. Their lineup consisted of good early-game heroes, and they took control of the early game as planned. From there, they snowballed to extend their gold lead while picking up three turtles, and also the Lord. In the late game, they had a gold lead of close to 10,000, which is unprecedented against a team like Blacklist.

BTK looked like a completely matured team compared to the group stage and closed the game at 15 minutes and 37 seconds. They took down all nine of Blacklist’s turrets, which could only destroy two of BTK’s. MobaZane on Saber was adjourned as the MVP. He picked up nine kills and three assists while not dying even once.

In the second game, Blacklist seemed to have found their footing and looked ready for a comeback. While BTK played well in the early game and even got the first blood, the rest of the match was completely dominated by the Filipino team. With tremendous map control, they closed the game in under 12 minutes to level the series 1-1.

The kills scoreline at the end was 12-3, and Blacklist had destroyed all of their opponent’s turrets. With a gold lead of over 11,000, they had won the game on paper even before shattering BTK’s base.

BTK weren’t going down without a fight, though, and the third game was an indication of that.

Just like the rest of the series, BTK had an aggressive early game and took control of the map. They carried this lead through the mid and late game and even had a 5,000 gold lead at the 12-minute mark.

The game seemed to be slipping from Blacklist’s hands, but the Filipino champions displayed why they are one of the best in the world. They held off BTK from the Lord lane, killed MobaZane, and captured the monster to assist them in storming down the lanes.

BTK couldn’t respond to the late game aggression by Blacklist, who finished the most intense and long game of the series in just over 18 minutes. With another great performance, Oheb got the MVP title for the second game in a row.

Blacklist knew they almost lost the previous game and returned for round four with a slight change to their strategy. They didn’t allow BTK to have a good early game, blocking the team from rotations while capturing objectives from their jungle.

With a great early game, Blacklist perfectly set themselves up for victory with a 2,000 gold lead. They played passively and didn’t overstep against an aggressive BTK.

Even with their opponents’ great map control, BTK made a comeback. The team picked up four kills in the late game to close down Blacklist’s gold lead and took over the helm for the game. With kill after kill, they won the game in 15 minutes.

SHARK may be playing in a roamer and supportive role. But in this match, he showed just how important the position can be. With 13 assists and a kill of his own, the player was awarded the MVP for game four.

Many people didn’t anticipate that this series would go to a game five, but BTK took it all the way to the end.

Unlike game four, they dominated in the early game and had control of the map. They carried this aggression throughout the match and didn’t allow their opponents any space for making plays.

A late-game teamfight, in which BTK killed four of Blacklist’s players, saw them take the victory and a historic series at the M3 World Championship.

Victor got the MVP in the final game, his first of the tournament. Playing from the gold lane, he was instrumental in all five games. With four kills and as many assists in the series decider, his aggressive plays took BTK to the upper bracket semifinals.