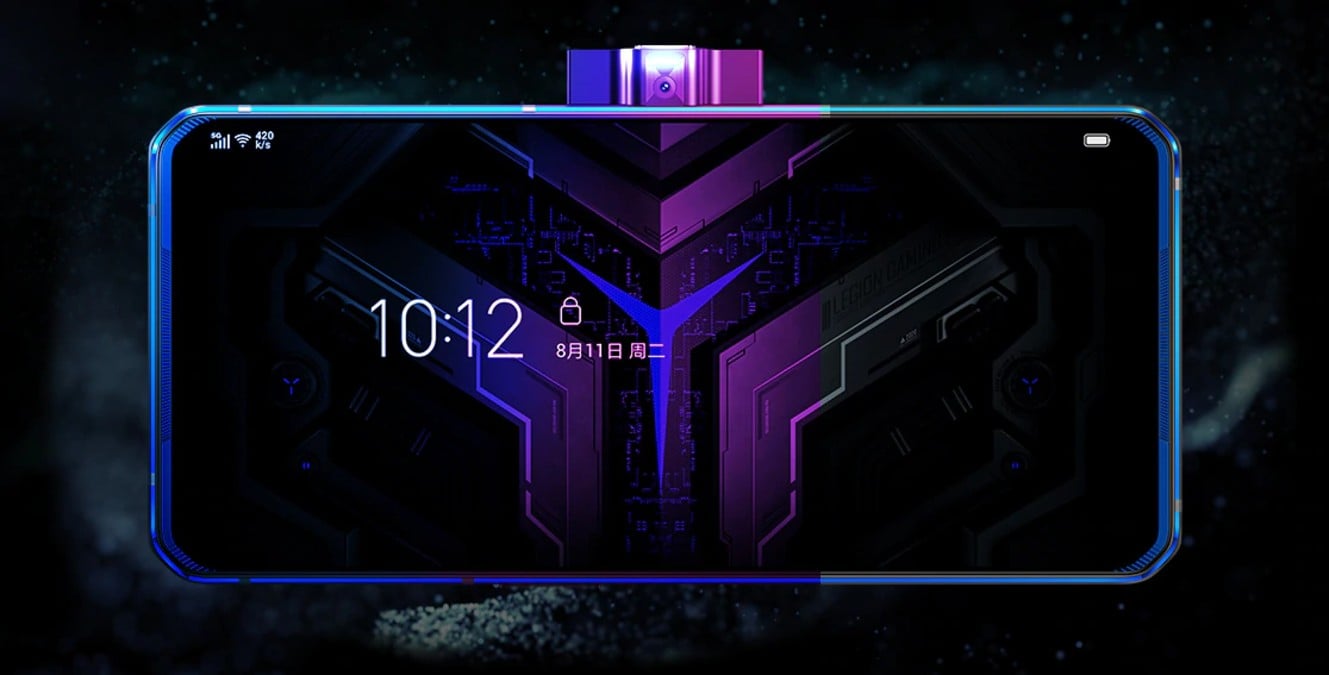 Gamers on the go can experience AAA titles like Call of Duty on their mobile phones instead of a gaming PC. Regular mobile phones can handle most mobile titles, but gaming phones offer the best experience because of their design and features.

Choosing the right Android phone for gaming is almost like purchasing a laptop because of all the features and specs to consider. Because gaming phones are high-performance devices, they have numerous specs to keep track of, like screen resolution, battery life, and touch sampling rates. Other gamer-centric features like haptic feedback, additional triggers, and RGB lighting are also factors to consider when buying an Android gaming phone.

Here are the best Android phones for gaming.

Asus’ ROG line is known for its high-end gaming products, and the ROG Phone 5 Ultimate is the company’s flagship gaming phone. The ROG Phone 5 Ultimate is specifically designed for mobile players and includes gamer-friendly features like touch-sensitive triggers on the phone’s side. Players can easily access both triggers with their index fingers and use the triggers with the touchscreen for gaming. Asus goes a step further than the other brands on this list by adding two invisible touch sensors on the phone’s backplate that act as additional triggers to give users more control.

Picture quality is one of the most important factors when choosing a gaming phone. The ROG uses a 6.78-inch HDR10+ certified active-matrix organic light-emitting diode (AMOLED) FHD+ screen with 2448×1080 resolution. It has a 144Hz refresh rate and 300Hz touch sampling rate, making it perfect for high-speed games.

The ROG Phone 5 Ultimate packs some serious hardware to push high framerates. It uses the top-of-the-range Snapdragon 888 processor with a massive 18GB of RAM. Thanks to the massive 512GB storage capacity, there’s more than enough space for large game files and other media.

One of the ROG Phone 5 Ultimate’s unique features is the ROG vision screen on the back panel that displays system information like battery life and incoming call alerts. Users can customize this screen with the preloaded animations or create their own.

Gaming is notorious for draining battery life, but the ROG Phone 5 Ultimate combats this issue in a couple of ways. It’s easier to charge two smaller batteries than one large one, so the phone comes with a pair of 3,000 milliampere-hour (mAh) batteries. Each battery connects to its own USB-C charging port. The combined 6,000mAh battery life is more than most regular smartphones and gives users more time to play.

There’s no doubt the ROG Phone 5 Ultimate is outstanding for gaming, but it comes with some disadvantages. It’s pricey and the only feature differentiating it from the lower tier phones in the ROG 5 lineup is the 18GB of RAM. This phone is also known for being fragile and prone to scratching, so users must take extra care when using it.

Although its replacement is imminent, the Lenovo Legion Duel is still an excellent option for games because of its gaming functionality and vivid RGB lighting.

Despite its age, the Legion Duel keeps up with the ROG Phone 5 Ultimate in a couple of areas but can’t keep pace in others. It matches the 512GB storage capacity and also has front-facing stereo speakers. Both phones have a 144Hz AMOLED screen, but the Lenovo’s is slightly smaller at 6.65 inches with a 1080×2340 resolution, and it has a lower 240Hz touch sampling rate.

The dual 64 and 16-megapixel (MP) cameras sit in the middle of the phone, so users won’t cover them when playing games. Another unusual feature is the 20-megapixel flip-up selfie built into the phone’s right side instead of the face. To take selfies, users must slide the camera out and turn the phone sideways.

There’s no mistaking the Legion Duel for anything other than a gaming phone. Like the ROG Phone 5 Ultimate, there are dual touch triggers on the frame for players to use when gaming. The backplate has a reflective, metallic panel with an RGB Legion logo taking center stage. Users can configure the RGB logo with different presets or display certain effects for notifications like calls or messages.

Lenovo’s Legion Duel uses a similar charging system to the ROG Phone 5 Ultimate to increase the battery life. It has a dual-battery system, with each one having its own charging port. In this case, each battery has a 2,500mAh capacity for a total of 5,000mAh. The capacity isn’t as high as the ROG Phone 5 Ultimate or the RedMagic 6 Pro, but it still offers players a decent amount of game time and has 90-watt fast charging.

There’s no doubt that Lenovo’s Legion Duel is good for gaming, but it’s not the best for other tasks. Casual users might find the cameras to be awkwardly placed and inconvenient for use in portrait mode. It’s also the only phone on this list without a 3.5-millimeter jack, but an adapter is included in the box.

The Nubia RedMagic 6 has the fastest refresh rate of any phone currently available and comes in at a reasonable price. Its 6.8-inch AMOLED screen offers 2400×1080 resolution with a whopping 165Hz refresh rate and 500Hz touch sampling rate. Having such a high refresh rate gives the Nubia RedMagic 6 an edge over the 144Hz Legion Duel and ROG Phone 5 Ultimate when it comes to displaying the smoothest graphics possible.

While the RedMagic 6 is known for its refresh rate, it cuts a few corners in other areas. This phone uses the same Snapdragon 888 processor as the ROG Phone 5 Ultimate, but it has less memory at just 12GB. Instead of having 512GB of storage like its rivals, the Nubia RedMagic 6 only offers 128GB, which might be too little for some users. Just like the ROG Phone 5 Ultimate, the RedMagic 6 runs on the Android 11 operating system.

Nubia’s RedMagic 6 boasts the fastest refresh rate possible, but its 128GB storage capacity lets it down. It’s still much cheaper than the alternatives on this list and is powerful enough to run any game smoothly.  Users wanting more oomph can pick up the Pro version to bump the RAM up to 16GB and the storage capacity to 256GB.

Casual gamers might prefer a more lowkey phone that’s powerful enough to handle fast-paced games with high resolution. Samsung’s S21+ sits in the middle of the range between the regular S21 and the S21 Ultra and has the best balance of size and features.

For a regular smartphone, the screen size on the S21+ can match some of the gaming phones on this list. The 6.7-inch AMOLED screen is marginally smaller than the 6.78-inch screen on the ROG Phone 5 Ultimate, and it’s bigger than the 6.65-inch screen found on the Lenovo Dual. At 120Hz, the refresh rate can’t touch the gaming phones, but it matches its larger sibling, the Galaxy Note 20 Ultra.

An area where the S21+ lags behind other phones on this list is its hardware performance. Samsung’s S21+ uses the latest Snapdragon 888 processor like the ROG Phone 5 Ultimate and the RedMagic 6, but the 8GB RAM is far less than the other phones listed here. The base model is limited to 128GB storage capacity, but users can upgrade it to 256GB if needed.

Like the Galaxy Note 20 Ultra, the S21+ has a few features to make up for its lack of hardcore gaming prowess. The S21+ is the only phone on this list with an IP68 rating. This rating means the phone is resistant to dust and can be submerged in up to 1.5 meters of water for up to 30 minutes.

The S21+ won’t deliver the kind of gaming performance offered by heavy hitters like ROG Phone 5 Ultimate and RedMagic 6. But it’s still more than enough for casual players wanting a phone with decent gaming performance and a subtle design.

Some mobile gamers don’t need extra triggers and RGB lighting. If all you want is a powerful phone with a massive screen, the Samsung Galaxy Note 20 Ultra has enough power to run most games and boasts a 6.9-inch screen. The AMOLED screen has a fast 120Hz refresh rate for a regular phone. It also features the highest resolution of any phone on this list at 1440×3088.

A large screen with high-resolution graphics is heavy on resources, but the Galaxy Note 20 Ultra can easily handle it with its hardware. The phone uses a similar Snapdragon 865 processor to the Legion Duel and has 12GB RAM like the RedMagic 6. Users get to choose between a 128GB and 512GB storage capacity, and there’s also a Micro SD slot for additional space.

Samsung’s Galaxy Note 20 Ultra might lack the haptic triggers and RGB lighting found in the other phones on this list, but it excels in other areas. The picture quality is phenomenal thanks to the 108-megapixel main camera with 50x digital zoom, 5x optical zoom, and 8K video recording. A feature not found on any other phone on this list is the S Pen stylus. This device works like a pen to write a note on the screen and acts as a Bluetooth remote. As a remote, it allows users to take pictures, browse the gallery, and control the music remotely.

Although the Galaxy Note 20 Ultra is targeted at power users, it’s still an excellent phone for gaming because of its large screen size and powerful hardware. It’s quite expensive, but it justifies its price with standout features like the camera and stylus.