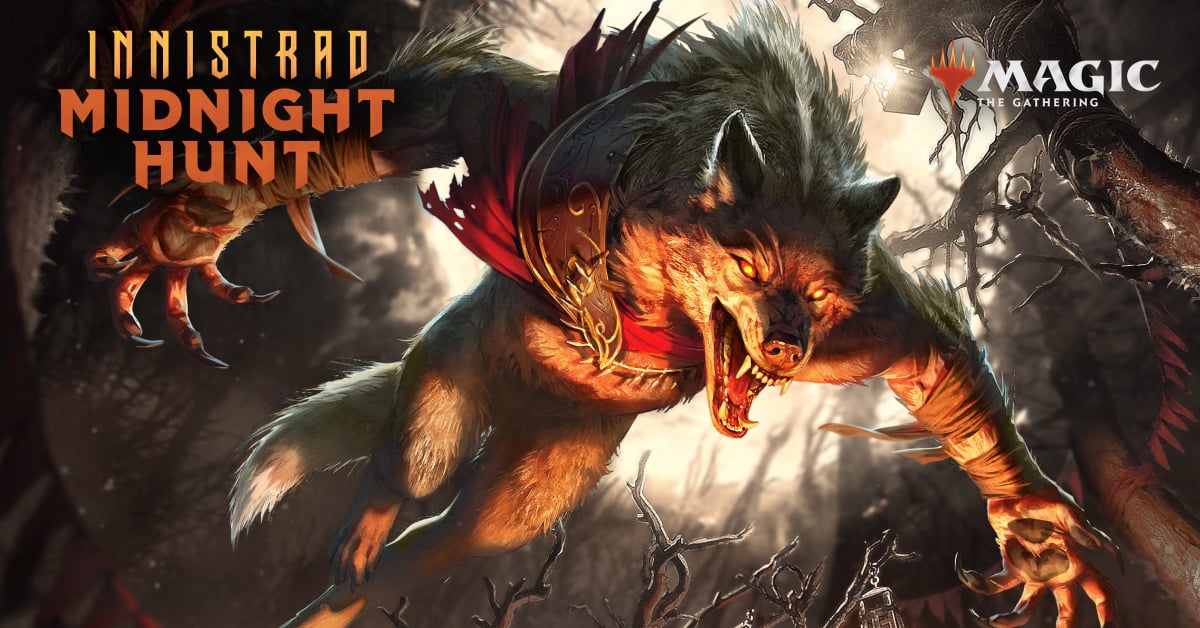 After a year of hopeful fantasy sets, darkness comes to Magic: The Gathering with the horror-inspired Innistrad: Midnight Hunt which is one of two sets based in Innistrad this fall.

Innistrad: Midnight Hunt is scheduled for release on Sept. 24. This set is the third return to Innistrad since Eldritch Moon in 2016. The fall release is shortly followed by Innistrad: Crimson Vow on Nov. 19.

Rotation begins with the release of Midnight Hunt. The set will mark the rotation of Throne of Eldraine, Theros: Beyond Death, Core Set 2021, and Ikoria, Lair of Behemoths. The new Standard-legal lineup will be:

Midnight Hunt is focused on werewolves and features the return of mechanics from past Innistrad sets like Flashback. Alongside the set is two Commander decks called Undead Unleashed and Coven Counters.

Midnight Hunt cards were revealed during an episode of Weekly MTG on Aug. 5. These cards included a handful of potential Standard staples, promo cards, and Wrenn and Seven.

Here is the release schedule for Midnight Hunt.