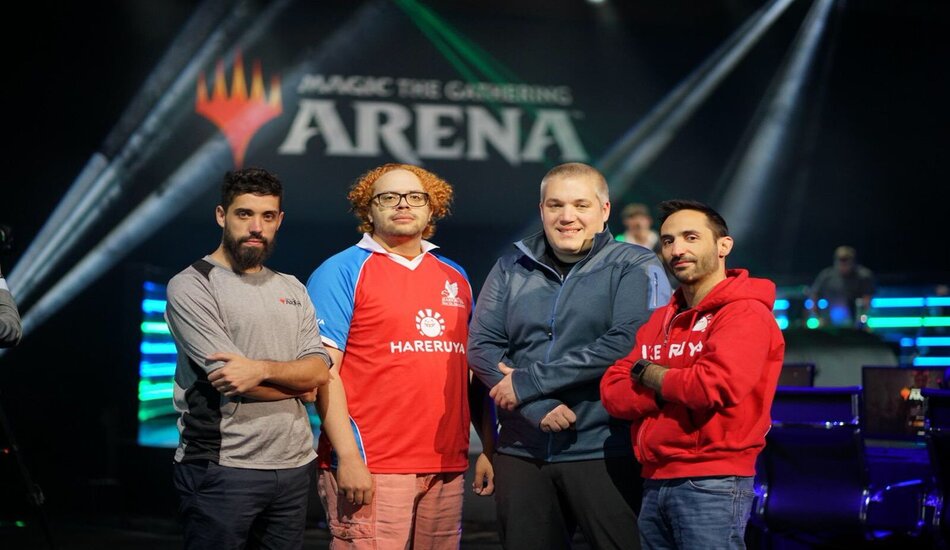 Image via Wizards of the Coast Magic: The Gathering Esports

The top 1,000 MTG Arena players in either Standard Constructed or Limited within Mythic Rank began battling it out yesterday for 16 highly coveted seats for MTGA Mythic Championship V. With a total prize pool of $750,000 at MCV and an opportunity for players to earn Mythic Points (path towards MPL), only 128 moved on to day two.

Top eight MCQ players (of the 128) and their decks

Day one’s most popular Standard archetypes were naturally Scapeshift, Orzhov Vampires, and Mono-Red Aggro. And while these decks were to be expected, a wild variety of other archetypes also made it into day two—from Jund Dinosaurs to Boros Feather.

A changeup in the Standard meta from the MTGA MCQ’s shouldn’t come as too much of a surprise. After all, MCIII was won by Matias Leveratto and his Simic Ramp deck—who earned himself a seat via the MTG Arena Qualifiers.

For players seeking to play Magic on a professional level, sometimes it takes thinking outside the box to get there.

The MTGA Mythic Championship V takes place on Oct. 18 through Oct. 20 from the Thunder Studios in Long Beach, California. The tournament is played digitally via MTG Arena and features challengers vs. every Magic Pro player in the MPL.