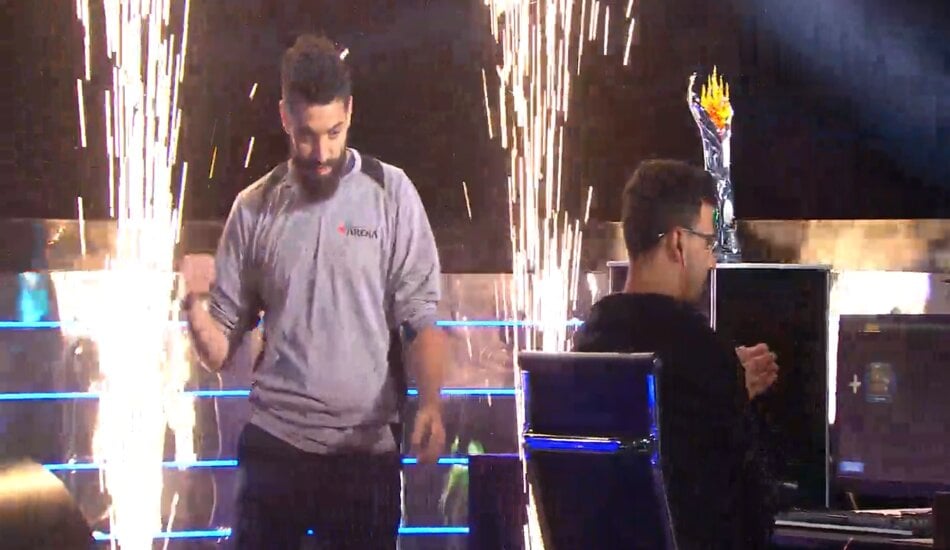 Matias Leveratto, the underdog of the top four at the Magic: The Gathering Mythic Championship III, won the whole thing today with Simic Nexus on MTG Arena.

The top four semifinals upper and lower brackets of MCIII were full of amazing plays and unexpected results, such as Leveratto and his Simic Nexus deck beating Brad Nelson and winning the upper bracket. Nelson wasn’t finished with his amazing run since the start of MPL Weekly War of the Spark split, however, winning against Kai Budde in a head-to-head Esper Hero showdown.

Related: The top 4 challengers at MCIII get an auto-invite to MTG Arena Mythic Championship V

Match one of the second best-of-three once again went to Nelson, putting the pressure on Leveratto to win two matches in a row. Working both Teferi’s and Narset, Parter of the Veil in combination with Hero of Precinct one and Oath of Kaya, Esper Hero kept shutting down Simic Nexus at every turn.

But Leveratto refused to give up. Nelson had him at lethal on his next turn and Leveratto was down to his last look for a Nexus of Fate, which he found. After that, the flood gates opened and Leveratto won, taking both players into the final match to determine who would be the champion of MTG Mythic Championship III.

Leveratto missed a chance to go lethal, giving Nelson a huge break and another chance to win. The stars aligned for Leveratto, however, and he became the Magic: The Gathering Mythic Champion III champion.