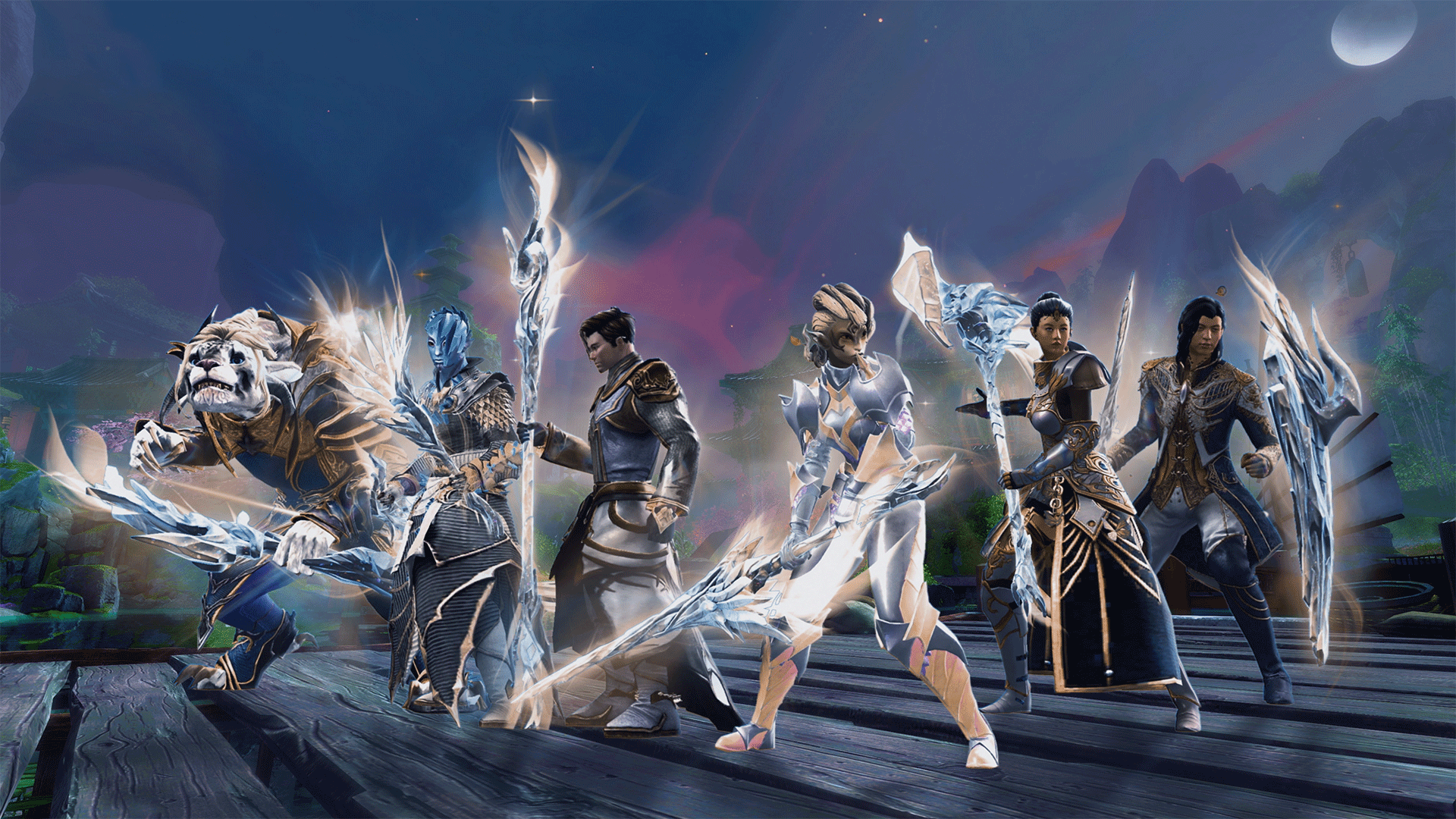 Fans got a new sneak peek into what some of the other Aurene-themed legendary weapons look like ahead of the launch of Guild Wars 2‘s latest expansion, End of Dragons.

An in-depth post about the legendary weapons and their Elder-Dragon-themed alternative skins was released in early December 2021, but some new skins and some in-game footage have come to light, showing fans a few more of the weapons in action, including video footage of them in use.

There are 16 weapons with six legendary variations, creating a total of 96 different weapon models. Only previews of the great sword have been released for the five sets inspired by the other Elder Dragons, Zhaitan, Mordremoth, Kralkatorrik, Jormag, and Primordus. 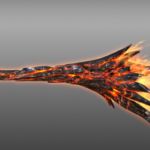 There is still no video footage of the other five legendary weapons in the set, but this is one of the first looks fans have gotten at the Aurene set in action. Many of the weapons are shown off in detail, and more of the effect from swinging the weapon around can be seen in the in-game footage. Footsteps are also of similar color to the streaks when fighting, which resemble a rainbow with each step.

This weapon set is much different than in past collections from other expansions. In earlier iterations, legendary weapons each had their own distinct look and, if put side-by-side, didn’t look like the same set of weapons at all. Aurene’s legendary weapon set looks cohesive and looks similar from weapon to weapon. 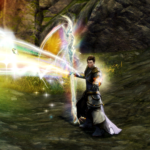 Fans were upset about the cohesive style of each legendary when the base Aurene set was revealed, and many compared them to the far easier to obtain Black Lion Chest skins. Once news broke that there were five additional sets to choose from after completing Aurene’s base weapon legendary, fans breathed a sigh of relief.

How to get End of Dragons legendary weapons

To obtain these legendaries, players have several options. The first and easiest option, but by far the most expensive, is to buy them off of the Black Lion Trading Post. Both the precursor and the legendary can be purchased, but the cost is usually in the high hundreds to thousands to buy one.

The second option is to craft the precursors, and then go on to craft the legendary. This is usually time-consuming and material-intensive, but often the most cost-efficient way to get the legendary weapons. Luckily, the developers added a third option that makes obtaining one of these weapons even easier than past expansions, and that is to complete the Living World Return achievements, which will reward players with a precursor of their choice.

After the precursor is obtained, players will need to use the Mystic Forge to craft the legendary, and it will require some gifts to Zommoros and some materials, likely including materials that are only found in new zones.

Currently, there is no specific release date for Guild Wars 2 End of Dragons. The developers have, however, stated that there will be a release date soon and that the game is still planned for late February.